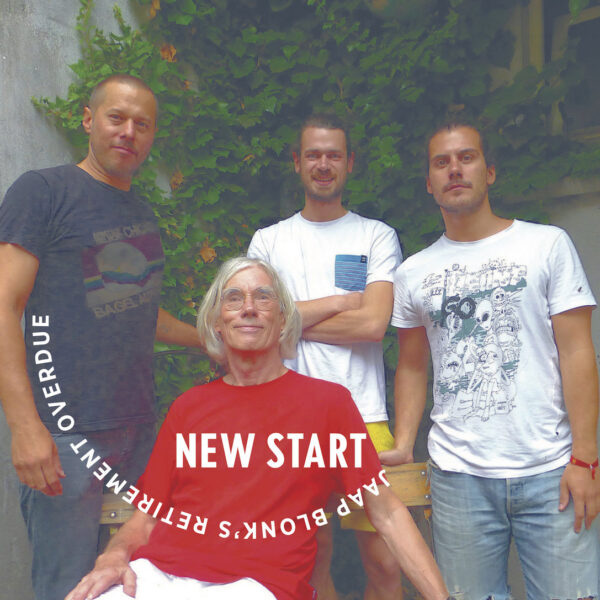 The unique improvising vocalist Jaap Blonk must have turned 65 recently – at any rate it was this particular age that prompted him to to want to start a new band, “with a name that asks for constant denial”. He’s found a number of younger musicians, Miguel Petrucello, Jasper Stadhouders and Frank Rosaly, who now accompany him as part of Jaap Blonk’s Retirement Overdue on the double-CD New Start (KONTRANS 1066). Blonk’s a bit of an acquired taste with his startling free-form yap, but this is a splendid set – mostly songs written by him, apart from a few co-credited to the band, and he also goes back to more conventional jazzier roots by tackling a song by Leonard Bernstein with lyrics by Steven Sondheim. Another aspect which makes it more accessible is the user-friendly sound – lots of guitars, bass and drums working hard to create a post-modern jazz swing feeling, with some electronics from the white-haired maestro himself. Much variety and fun-loving mayhem ensues, Blonk evidently having a great time throwing his sonorous tones, semi-spoken recits and his personal brand of scat-singing over these freewheeling instrumental backdrops, doing so with gusto and conviction. Did I say jazz? Parts of this are almost post-rock in their reach, and likely to appeal to fans who dig the recent incarnations of David Thomas’ Pere Ubu. Matter of fact it wouldn’t go amiss if Blonk were to do a cover of a Thomas composition, or the two shared a stage some time. (08/06/2020) 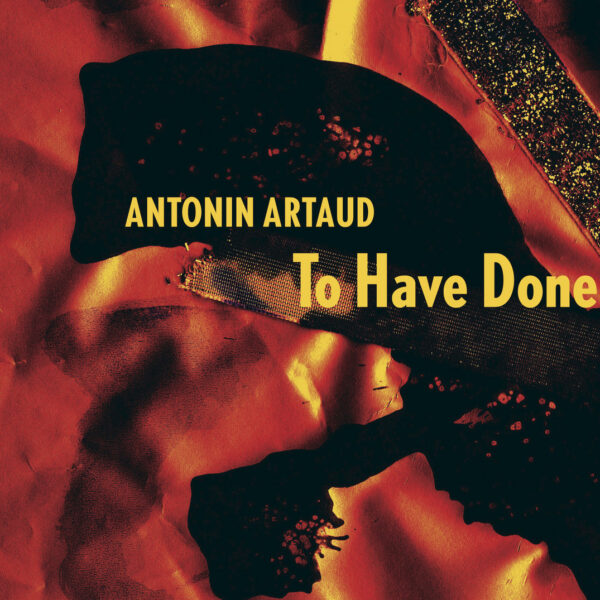 For another more artistic side of Jaap Blonk (and a darker one), we turn to the CD Antonin Artaud’s To Have Done With The Judgement Of God (KONTRANS 666), performed solo by Blonk using his voice and some tasty electronic noises. Artaud is an important 20th century French writer, poet and dramatist, whose work is all but unknown to me; his career seems to be full of short-lived but explosive triumphs in theatre, surrealist art, and cinema, and he left his mark by devising the influential Theatre Of Cruelty concept. Jaap Blonk claims Artaud as a personal inspiration and “stimulant” for when he started his performance work, so clearly feels a strong connection to this maudit work. I say maudit, because it was suppressed by French Radio when it was recorded by the author in 1947, mainly due to its irreverent and disrespectful themes (attacking American imperialism and established religion), along with frequent references to excrement. Artaud was something of a sound poet; he performed with shrieks and grunts as much as he did with words, and one wonders if he could feasibly have been included in Henri Chopin’s Revue OU if their paths had crossed. Blonk turns in a splendidly noir-ish version of the work, savouring the sneering tones and world-weary sarcasm of the Frenchman as he undermines yet another shibboleth. There’s also a lot to be said for Blonk’s electronic music here, full of lurid lighting and nightmarish shadows, creating a feverish, claustrophobic platform for the verbals. Great! (08/06/2020)