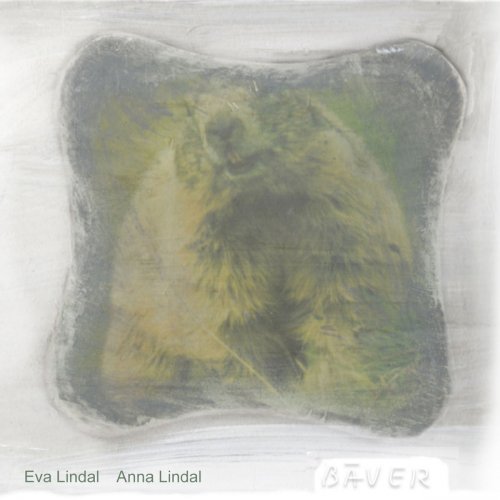 Excellent album of violin-viola music from Anna Lindal and her sister Eva Lindal, from Stockholm. We have heard Anna Lindal once or twice playing on Marcus Granberg projects, such as Nattens Skogar, and she is a member of Skogen who have recorded regularly for Another Timbre. But both she and Eva are wide-ranging, very accomplished musicians – Eva is a member of the Swedish Radio Symphony Orchestra, and Anna has been concert-master for the Royal Philharmonic Orchestra. Plus they’re involved in music education, theatre, and many free improvisation group projects.

On Bäver (DISORDER 08), we get the chance to hear them on their own terms; “after years of improvising together we finally went into the studio to record,” is how they put it, “we desired to create…a language for our musical adventures”. Astonishingly assured and beautiful music results. I think the triumph here has been to combine both compositional and improvised elements into successful, coherent pieces, as well as bringing in knowledge of musical history, non-Western styles, and extended techniques to expand the sound of their instruments. For starters, the very title of the album is a knowing (and rather playful) reference to Heinrich Ignaz Franz Biber, that 17th-century Bohemian-Austrian master of music; I expect he’s held in high esteem by our two sisters, on account of his remarkable violin technique and use of unusual tunings for that instrument in his compositions. He even composed one of the earliest solo passages for violin, in the Mystery Sonatas from 1676, and the title track ‘Bäver’ on this album is their interpretation of it.

Besides the personal references to their own personal history – one tune refers to the homeplace of a Greek grandfather – there are bold and innovative instances of harmonics, overtones, and long resonating passages, plus those moments (e.g. on ‘Hjul’) where the wooden body of the violin and viola comes into play, used as a percussion instrument with knocking, stroking and rubbing…all of this is done in a very understated manner, neither musician attempting to call attention to themselves, and at the same time are all indicators of deep craft and knowledge. They seem to know instinctively just how far they can go, what risks can be taken; hallmarks of experienced players. ‘Olivier’ is one standout piece, very busy, full of textures and notes, and vast amounts of musical information hard-wired into its tricky surfaces; ‘Skrubb’ goes even further down the route of surprising, startling effects with string glissandoes and stabs that one would expect are near-impossible to perform; a real fireworks display of whoops, scrapes, and creaky sawing actions. ‘Kon Do’ is one instance of a quieter and more restful mode of playing, with its suggested melodies and brilliant use of gentle percussive hammering effects, but even here it’s interesting to me how the Lindals don’t go down the “minimalist” route of soothing drones, opting instead to keep the music always interesting and eventful, with odd turns and byways at every corner.

Many musicians are still working hard to find the secret of combining compositional methods with improvisation, but this is one of the best and most well-integrated examples we have heard. Very impressed with the depth and strength of this record, which I am sure will replay repeated investigations. From 1st June 2020.