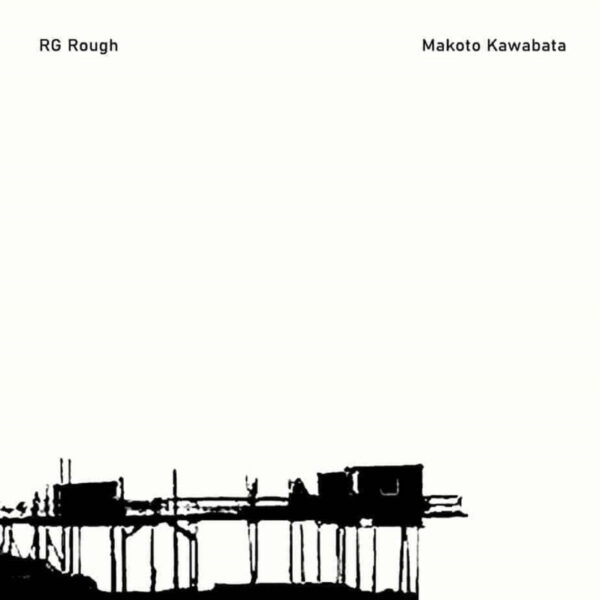 Surprisingly beguiling record from the team of Makoto Kawabata and RG Rough on this self-titled item (BAM BALAM RECORDS BBLP074), which is an exclusive release for French Record Store Day in 2020 (if that’s still happening).

I used to be quite keen on the prolific outpourings of Makoto Kawabata, until I realised I probably had enough Acid Mothers Temple records, and his solo stuff seems rather ordinary psychedelic drone. But that was years ago. Here with just an electric guitar in his paws he adds considerable value to an unusual “collaged” record. RG Rough is Robert G Rough and a sometime member of Rude Garden, and though I never heard of him he’s a very able Franco-British musician. Over two sides of LP, an audio “construct” has been presented for our delight, a hugely entertaining journey across many musical acres and gardens, somewhat in the “classic” Pink Floyd mode (from the early 1970s). By which I mean the music has been carefully knitted together from numerous and separate recorded performances to create a pleasing suite of sounds. While fans of psychedelic rock and krautrock will find much to satisfy their predilections and tastes in these endless long-form grooves, the linking ambient and washy sections are original and dream-like, without resorting to squishy formless drone. Plus nifty electronic and tapework interventions also embedded in the tapestry / fabric.

This all hangs together in a compelling fashion and projects a strong “hazoid-cosmic” vibe, as of a more spacey and uncertain Steve Hillage moment, and there are one or two genuinely unexpected moments in the continuum that cause welcome surprise. With guest players Ren Karlmann on drums and JFG on vocals, and a violinist Lea Claessens appearing somewhere. For optimistic dreaming during the summer months…arrived 10 June 2020.