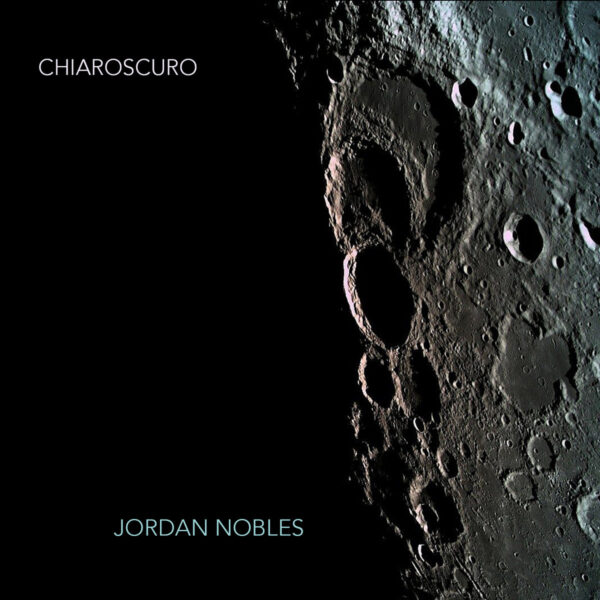 Contemporary classical music for a large-ish chamber ensemble on Chiaroscuro (REDSHIFT RECORDS TK477), composed by the Canadian Jordan Nobles. This Vancouver-based fellow has won awards for his music, is the artistic director of the Redshift Music Society, and has acted as a musical ambassador for his country by entering a UNESCO International “rostrum of composers” event. I see from the press release that the key words to profile his music include “immersive” and “panoramic”, also “lyrical” and “minimal leanings”.

The main event here is the title track “Chiaroscuro”, a 2014 piece which he revised in 2020, and generates cloud-like music for 30 mins with a certain grace and wonder that has earned him comparisons to Harold Budd, that master of the coveted “moss garden” sound. On “Chiaroscuro”, Nobles grapples with duration and harmony, two of the bugbears which have preoccupied the minds of many 20th-century composers – or at least, those who chose to make them into bugbears. At the same time, he doesn’t really do much to develop his harmonic themes, and indeed we’re invited to admire the “stasis” of this piece. It also contains strong contrasts, like the Renaissance painting style it’s named for, so there are high, tinkly notes along with the deep lower-register bass tones, and long-form sounds dancing with shorter miniaturist phrases. The percussion, including glockenspiel, marimba, and tubular bells, is especially tasty and bright. Nobles is evidently aware of developments in avant-garde music, but he composes as though he isn’t too bothered about them; maybe this is why “Chiaroscuro” feels rather undemanding and light in content, for all of its elegant surfaces and textures. In places, it’s closer to arthouse cinema soundtrack music than it is to Darmstadt or American minimalism.

Speaking of which…Steve Reich is one obvious reference point for “Pulses”, the second piece here and one composed in 1999 as a “tip of the hat” to the famed American master of simple rhythmic phrases. This one certainly has a shade more “forward movement” than the languid “Chiaroscuro”, which mostly stays put in its realm of self-determined perfection, and the composer exhibits skill in varying his lines, tempos, and the orchestral colouration used to bring them to life. The only thing I regret is the lack of tension; these Pulses are very relaxed, and would be more suited to a stroll alongside a river in a pastoral setting than the hustle and bustle of Reich’s Manhattan.

One of four Canadian contemporary items sent to us by Nick Storring in Toronto on 15 June 2020.