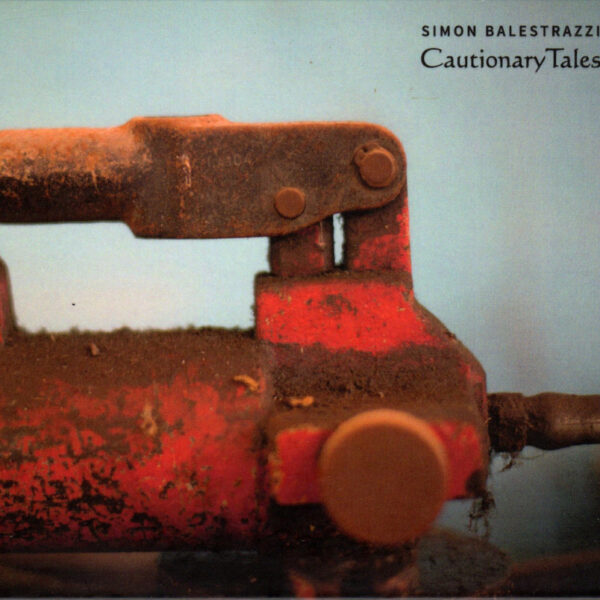 Last heard from Simon Balestrazzi with his very fine Redshift solo record released in 2018, though he also teamed up with old sparring spectre Nicolas Quiriconi for their Licheni item in 2019.

Today’s solo beast Cautionary Tales (ST.AN.DA. 2025) sees Balestrazzi deploying his home-made and finely-crafted dark drones in pursuit of a form of surrealist-tinged story-telling. He admits openly to drawing influence from surrealist visual art, in particular the collage novels of Max Ernst, and even uses similar methods of juxtaposition and layering of his materials in these seven sonic episodes. 15 years he devoted to this project, believe it or don’t, as he waited patiently until he had a new story to tell before he added it to the growing folder of ideas. Intriguingly, he claims these narratives came to him in “hypnagogic-like states”, and though I’m always on the lookout for a mystical traveller who can pass into the realms beyond, it might be he’s referring to that state between sleeping and waking when many strange ideas do thrive.

This being Balestrazzi of course, the stories presented in audio form are obscure and impressionistic, and although the titles promise plenty narrative action that would thrill any reader with a library full of Poe and Walpole, the music / sound art is deliberately vague, filled with gaseous fogs and uncertain drones; only occasionally might a sample or found tape indicate an event in the tale, be that a muffled recording of a speaking voice on one track (an S.B. fave trope, for sure, based on past experience) or the very evocative hooting of an owl on another. After the excitingly fragmented and disorienting opening cuts, some of which are quite brief and puzzling, our dark maestro hits the sweet spot with ‘Last Feast of an Anonymous Trinity’, an ambitious mini-symphony at 16:24 mins, which right away places the listener in a deeply uncanny space, an inescapable labyrinth, while the atmosphere grows ever more tense.

Simon Balestrazzi continues to realise his work with his trademark electro-acoustic set-up, combining percussion, musical instruments, bowed objects and strings with his found tapes and electronics. We should also unpack the “cautionary tales” theme a little; Balestrazzi explains, on the press release, that he is familiar with the form as it manifests in folklore; and he gives a neat dissection of the expected formula of such a tale, which must always begin with a “prohibition” before the taboo is violated. Vladimir Propp (who analysed the form of Russian folk tales in search of patterns) would be proud. In our country, M.R James made good use of the cautionary tale form – many of his stories hinge on violation of the forbidden, usually performed by someone who doesn’t even realise the danger they’re getting into, until ghastly inhuman hands reach forth to seize his neck. However, though Cautionary Tales does hint at such dangers, it’s not as explicitly supernatural in tone as previous Balestrazzi records have been. From 22nd June 2020.