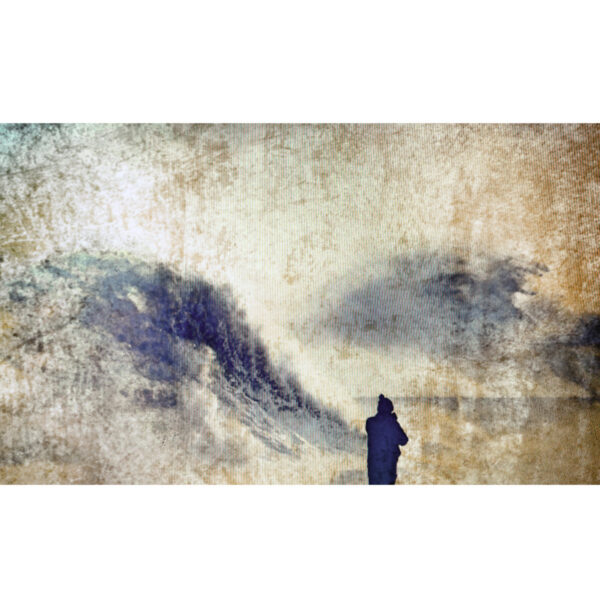 Here’s a superb record new on the UK label Another Timbre…it so happens to showcase the violin work of Biliana Voutchkova, whose music we revere based on a single solo record Modus Of Raw, which we noted back in 2017…today’s record Für Biliana (at155) is dedicated to this great musician, but we do need to pay homage to the composer Ernstalbrecht Stiebler, who wrote the four pieces here.

This German modernist came our way via the Reworks album on Karlrecords in 2019, and though it didn’t actually contain any of his music (rather, reworkings by modern electronic types), we were certainly impressed and intrigued by this great but slightly obscure composer. I see there are some releases on Edition Telemark and M=Minimal which may bear investigation. My understanding is that it wouldn’t be quite accurate to call him a “minimalist”, although his work does have certain hallmarks such as reduced playing, repetition, microtones, long unvarying tones, and sound being used for its own sake. As to Biliana Voutchkova, what I prize is not just her experience and rich background (an adept in classical, composed, and improvised musics) but her single-minded approach to her stark work, a task which she seems to accept with a certain kind of stoicism, operating in a lonely zone to explore her private language.

The record opens with two solo performances by her, the title track (composed in 2015) and ‘Glissando für Solo Violine’ (from 2016). Both were composed with this specific musician in mind. ‘Für Biliana’ is just gorgeous – beautiful, moving music played at unhurried pace, each simple series of repeated notes held and delivered just so. A melancholy and wistful mood arises, completely free from any sentimentality; though compacted almost to the point of severity, it contains much genuine emotion. The ‘Glissando’ piece may seem like more of n exercise in form; it certainly calls on the player to deliver some challenging moves, and the repeated phrases are even more reduced and simplified. The sliding effects here seem to defy gravity, allowing the music to float in an eerie manner. Mysterious, chilling, mesmerising; this kind of music out-spectrals Gérard Grisey.

‘Extension für Streichtrio’ was composed in 1963, a much earlier work. Biliana Voutchkova is joined by Israeli viola player Nurit Stark and the Swiss cellist Michael Rauter. A daring piece of modernism, from which you can sense why this German would have been unlikely to find favour among an audience who prefer the user-friendly compositions of Glass, Reich, and Riley; there’s so many dark shadows, ambiguous spaces, that to enter this 18:53 piece is to begin a journey into a maze. True, the repeated phrases and short-form sentences are here, but the arrangement feels that bit more nebulous, and the whole work is punctuated with moments of tension and discordancy, executed by means of insistent lower-register plucks full of foreboding and startling breaks that disturb the serene dark drones. Rauter is crucial to the realisation of this twilit masterpiece.

‘Duo 4 / Parallelen’ dates from 2007, and is a duo between Voutchkova and Rauter. If you’ve been finding the album too fast-moving and eventful up to now, this ultra-reduced composition should be the one that locks the deal for your purchasing wallet. It’s mostly just long tones overlapping played in slow motion, exploring the timbres and overtones with the patience of a cob-spider and her brood. The notes seem to be occurring within a limited, fixed range, and one might be experiencing the effect of a single chord being made to last for a very long time and hanging in the air in disembodied, spectral fashion. Yet this is no empty formal exercise for its own sake, and convinces me (like this whole album) of the depth of Ernstalbrecht Stiebler’s compositional intent; I would guess he never settles for mechanical, stereotyped repetitions when it’s possible to generate numerous, highly poignant variations within the space of these 21:14 mins.

Produced and recorded at Bulgarian National Radio and adorned with a cover image by Bruno Duplant, this is an essential record of profound and serious music which I recommend. From 16th June 2020.