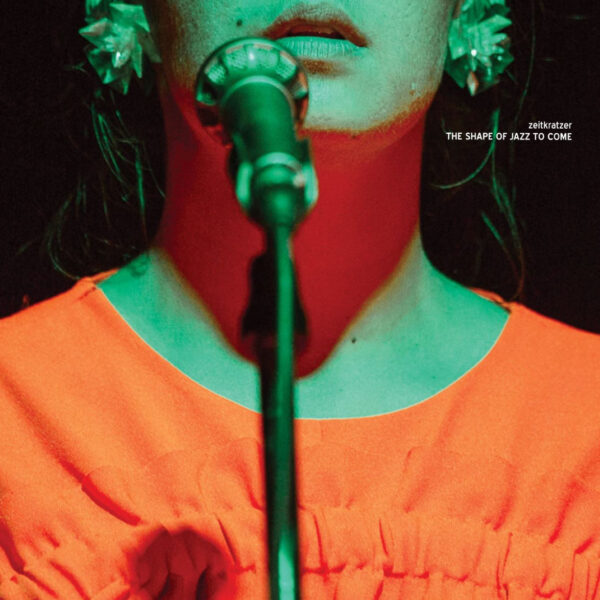 Latest item from Zeitkratzer, the German avant-garde ensemble led by Reinhold Friedl, is called The Shape Of Jazz To Come (ZEITKRATZER PRODUCTIONS zkr0025) and gives us an unusual European slant on aspects of jazz music.

You may recall that recently Friedl masterminded a compilation called Celestial Birds for Karlrecords, showcasing the music of AACM grand master Muhal Richard Abrams. Well, Zeitrkratzer do a cover version here of Abrams’ ‘The Bird Song’ from 1968, a piece that was an unusual melange of free jazz and poetry recit, with a strong civil rights dimension expressed in the lyrics. Zeitrkratzer’s take on ‘Bird Song’ produces 14:41 mins of brilliantly-executed twittering sounds, played by woodwinds and brass and double bass and violin, by this small and highly talented group; Zeitkratzer happens to include, for this record at any rate, some top-drawer players including the great Hild Sofie Tafjord with her French horn, and the trombonist Hilary Jeffery. They not only make a good fist of the Abrams composition, but may even add another dimension to it somewhere; the “protest” element of the lyrics, originally expressed by the strident poetry of David Moore, is downplayed to some extent, but the free-form dimension is certainly not.

When the Europeans start to “freak out” here, we certainly can’t ignore the energy and emotion that’s unleashed. And yet it still feels a little “paint by the numbers”, as though the spontaneity had been pre-scored and arranged to some extent, rather than arrived at through a combination of improvisation and righteous indignation (which what we hear on the 1968 original). However, this “recreation” of all kinds of musical styles is what constitutes the core of the Zeitkratzer project, and Friedl has in the past lent his transcription skills to everything from electronica to free noise.

The rest of The Shape Of Jazz To Come left me cold; awkward, brittle, and verging on pastiche. The band do cover versions of songs made famous by Billie Holiday and Julie London, attempt the standard ‘My Funny Valentine’, and even Dixieland jazz on their version of an early Lil Armstrong tune. The singing voice of Mariam Wallentin, the special guest vocalist on this album, is strong and convincing, but somehow the total effect feels very contrived to me, more like corny cabaret music. We do acknowledge what Zeitkratzer and Friedl are attempting to do, and the addition of atonal “floaty” passages of mixed chords to the tunes ‘Cry Me A River’ and ‘Strange Fruit’ is a bold experiment to make. Not bold enough however to warrant nicking your album title from Ornette Coleman, whose 1959 album of this title was much more innovative (and livelier too). For those listeners who wish to investigate the phenomenon of African-American musicians influenced by avant-garde modernism, may I propose you’d do better to start with the work of Cecil Taylor, Anthony Braxton, and George Lewis. From 10th June 2020.