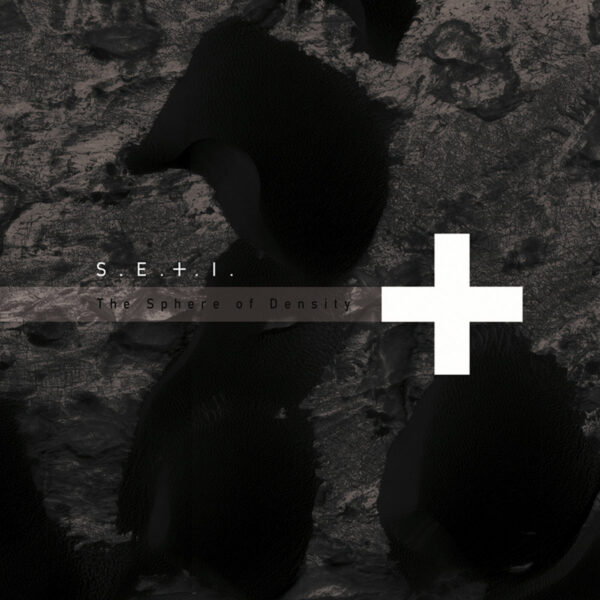 S.E.T.I. is one of Andrew Lagowski‘s projects and probably one of his most well-known…we kind of had a soft spot for it since hearing the record Above Black, but that was in 1998 for the Ash International label. At that time, Ash International had something of an interest in certain specialist forms of drone/ambient music, and also an interest in strange / unknowable things about the physical or unseen universe, favouring releases that applied a semi-scientific “research” dimension to these area. Hence that label’s interest in Friedrich Jurgenson and EVP 1, the Ghost Orchid record with the very eccentric fellow who was convinced his radio set was talking to him 2, and Disinformation’s recordings of outer space 3.

S.E.T.I. – an acronym that unpacks into Search for Extra Terrestrial Intelligence – projected an alien-UFOlogy vibe in their obfuscated drones, and Above Black in particular may have contained hints of conspiracies and cover-ups in among its menacing shadows. At least that 1998 album had the benefit of being unsettling and tense, which is more than I can say for The Sphere of Density (ZOHARUM ZOHAR 201-2), a new 2-CD set from Zoharum. CD 1 contains five tracks of portentous and rather dreary slow-moving epics, which are singularly lacking in ideas, atmosphere, or interesting sounds. The underlying theme is something to do with the work of Alexander Petrovitch Kazantsev, who was a popular Russian science-fiction writer in the 20th century; he also happened to be a believer in UFO culture (one of many highly-contended issues he espoused), and worked hard to find evidence that certain ancient earth legends had their roots in contact with aliens from other planets. I never read any Kazantsev, but it seems that he put some effort in making his case, sincerely hoping to convert partisans to his cause; conversely this S.E.T.I. record sounds lazy and unengaging, and almost free from any content, as if Andrew Lagowski were not really exerting himself and had no interest in the subject matter.

CD 2 is a document of a live performance at the Wroclaw Industrial Festival in Poland. I found this 41:32 set more satisfying; it’s noisier, there’s more variety, more instrumentation (or perhaps simply more samples), and a touch more boldness in the way that effects and knob-twisting actions are deployed, producing lumpy textures and juddering moments. On occasion Lagowski gets closer to producing the uncanny, disquieting mood I assume he’s aiming for. I like the looped and repeated elements; when the music turns uncertain and shapeless, not so much. From 25 June 2020.