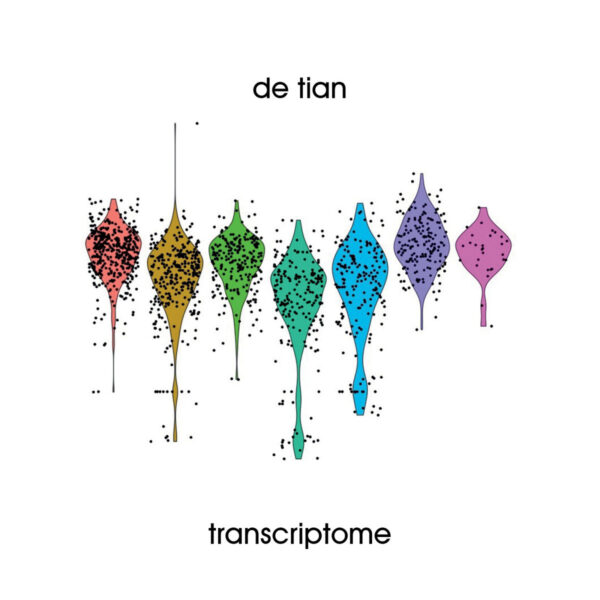 Now there’s a name to blow away the cobwebs. I remember including de tian’s “Two Spires Split” e.p. (Oblique Sound Records) on a wants list of mine at the time of its release back in 1980. A seven-incher that has eluded me ever since, along with the P.S. Surrealisms, “Blub Krads” and the Blah Blah Blahs of this world…. de tian (always to be found in lower case), first came into being two years previous to this single. Bassist/vocalist Paul Shaft and percussionist Paul Hague of Sheffield’s 2.3 played the Houdini card, escaping from the restrictions that the new wave movement imposed and instead, using electronics and handbuilt/ethnic instrumentation, became a truly genre non-specific concern. Other like-minded souls were thin on the ground at this stage, though fellow steelmen ClockDVA were pretty much on the same wavelength.

de tian’s second incarnation, (see? no caps even when I begin a sentence!) began with Paul Hague leaving to be replaced by Martin Archer (S.F.M. Group/Naked Pygmy Voles). After numerous gigs and line-up shuffling, the group, now under heavy Ornette/AACM discipline, gradually transformed themselves into Bass Tone Trap. Their standalone l.p. Trapping was released on BTT Records in 1984.

Forty plus years on from the initial intrigue generated by the music weeklies’ tales of “Sheffield’s drummerless trios”, Transcriptome comes courtesy of a line-up (Shaft/Hague/Archer), that never really existed and, not one of the original instruments/handbuilts have been used here. Which is not a cause for major concern at all as the nine untitled pieces definitely show signs of retaining most of the characteristics of “The Sheffield Sound”. The sci-fi noir-scapes of the opening cut and the baritone sax-driven ethno-funk of track seven would surely bear this out.

And speaking of intrigue generated; as mentioned, these compositions are nameless, but there’s way more to it than just white space. Each piece is an interpretation of a different real transcriptome dataset and they’re represented in different visual forms via the sleeve art. A transcriptome being a gene catalogue expressed at a certain time in an individual cell and provides scientists with an unparalleled level of info on cell processes/interactions and the molecular basis of tissue function.

A release of certified otherness and a press release like no other. Discus have done it again.