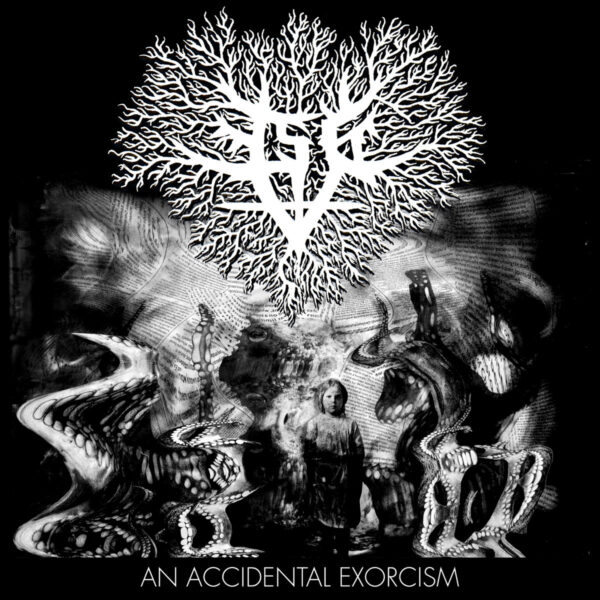 Very much in the style of the 1980s-era first-generation set of industrial music bands like Germany’s Einstürzende Neubauten and Australia’s SPK, this album features plenty of dread atmosphere and tension in amongst foreboding drone, tinny rhythms and the ambience of a crumbling, abandoned factory with the machines still in place and some of those still thrumming steadily though rotting and falling apart. The music project 156 itself is conducted by Cuban-born US resident Adel Souto who has been involved in music as a performer since the late 1980s and as a fanzine publisher since the early 1990s. On this release, 156 pays homage to minimalist horror film soundtracks.

Well “minimalist” the album certainly is, in the sense that the music certainly sounds very stripped down to its essential sound-making parts, to the extent that on tracks like “Ode to Pazuzu” the sounds seem very sparse; in its impact on listeners though, the music can be very severe and confronting. Atmosphere is a core element on all tracks and on most of them it is stern, grey and forbidding. Ritual has been an important aspect of 1980s industrial music with its fascination for abnormal psychology and outsider culture, and something of that obsession appears on tracks like “Hearts Devoured” which sounds for the most part like an ode to slasher serial killer horror flicks with the constant sharpening and filing of knives.

Tracks last long enough for the diorama of deathly horror to appear in listeners’ minds, to be replaced by other similarly grim atmospheric pieces in a scrolling tapestry guaranteed to leave you feeling quite dismal. While I understand Souto’s aim of creating an album of “meditation music for metalheads”, this particular recording of immersion soundscapes carries the risk of alienating people with its remoteness. The music may be good and professionally presented, as it is here, but something about it rings a bit hollow for me.

In this age where industrial music is no longer a separate genre but its elements and concerns have become thoroughly infused into other genres, to the extent that it really no longer has an independent identity, recordings such as this one need to carry something extra: something that the best of the original industrial bands carried, and that is some concern for the world that we have created over past decades, that has resulted in present-day Western dysfunctional societies where disinformation, propaganda and deliberate mass psychological manipulation have become the norm, and notions such as speaking truth to power are not only regarded as odd or old-fashioned but as threats to stability that must be punished and obliterated.