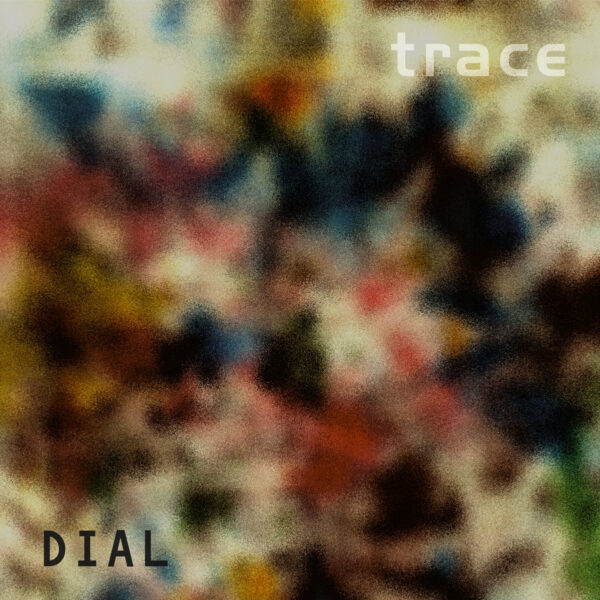 Another strong release from the experimental rock group Dial, fronted by Jacqui Ham formerly of UT and featuring Rob Smith and Dom Weeks; I always seem to peg them as an American band, though they seem to be based in London just now. We haven’t heard from them since the excellent Western Front, issued in 2012.

Today’s item simply called Trace (CEDE) offers all the good things I associate with this combo – loose, scrabbly and “scratchy” playing, especially on the guitars; vague, mumbly vocals delivered with a curious mix of nonchalance and breathless panic; and an overall very loose framework for each arrangement and performance, allowing plenty of space for insertion of drum machines, weird keyboard effects, and unexplained electronic noises. All of these elements combine to make each song seem like a broadcast from a faraway country, where the populace are starving to death or in the middle of an insurrectionist meltdown. While you may enjoy the relative coherence and steady pace of tracks such as ‘Early Science’ or ‘Eleven’, there’s a lot to be said for the doom-laden collapse of ‘Master Speed’, with its hammering descent into a noisy Hell in a tune which suddenly switches horses at midway point. I also dig the near-total lack of structure of ‘Space One’, which stumbles about in desultory manner finding what scraps of sound and form it may in a world of chaos and rubble. The very title ‘Space One’ may lead a hopeful listener to expect an optimistic “cosmic explorer” ditty as delivered in rousing fashion by Sun Ra and his Arkestra, or perhaps a Kosmische odyssey in the manner of Ash Ra Tempel, the Cosmic Jokers, or Galactic Supermarket, but instead it’s informed by angst, lethargy, and paranoia, lurching across the surface of a charred pavement.

The two drum-machine thing (both Smith and Weeks play ’em) adds many valuable touches, too; adding that touch of dark wave low-key lighting or Post-Punk DIY spirit, only for it to be subsumed in the generally dim outlook of the Dial universe. Plenty of alienating vibes and harsh tones, but sweetened through regular pulses and skewball rock moves. I’m also a fan of Ham’s singing style; 90% of the words are swallowed in a murk of half-formed ideas and obscurist murmurs, yet the urgency of the emotion still shines forth and rises to the surface. I very much like the feel that it’s an attempt to communicate, blocked by layers of distortion and misunderstandings. An hour spent in the company of this semi-claustrophobic sound world will deliver quite a strong purging effect, and it’s an album that stays with the listener. Very good. Arrived 22 June 2020.