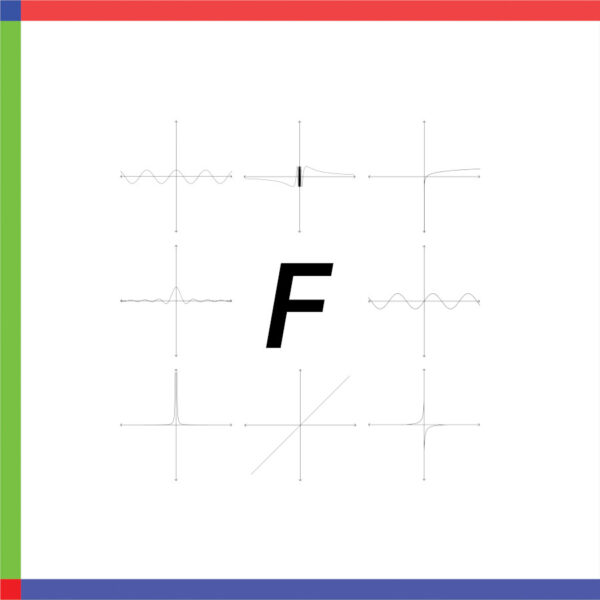 Quite interesting electronic experiments by mHz on their Function (IMPORTANT RECORDS IMPREC 332DI) album. mHz is Mo H. Zareei, an Iranian fellow who lives in New Zealand, and his name is a fortuitous case where his initials happen to form the abbreviation for MegaHertZ, so right there he’s got an entirely appropriate designation that exactly matches his chosen career.

Speaking of said career…he not only creates his own software and hardware for his work, but he’s also does it in the context of kinetic sound-sculptures and audio-visual installations, although I’m more excited by the possibilities of his “Brutalist Noise Ensemble”, whatever that may be. It may have some connection to his research in the potentials for cross-over between architecture, visual arts, and sound art, which are the fields of study that happen to float his personal galleon. There may be an avenue of intellectual thought for us to explore regarding “brutalist architecture” (a list that starts with Le Corbusier, natch) in this context, but I suggest we park that for today. The gimmick on today’s record is mathematical formulae, or functions, an area which I don’t even pretend to understand – I need an abacus, a slide rule and counting chips just to help me remember how many fingers I have on my left hand, but it seems mHz has scripted a program that executes complex math formulae, such as sin(x)cos(x) 6. y = 1/x^2, thereby generating wave forms in his boxes.

The results are eight tracks demonstrating the outputs of these formulae. I guess at some level this may mean when we play this record we’re “hearing” mathematics, or trigonometry, or geometry, inasmuch as the ear or the brain is capable of entertaining this fanciful concept. It doesn’t end with the maths, though, since our man Zareei has also added audio effects (probably digital enhancements) to the wave forms, and re-organised the material so it makes a bit more sense as a composition, so we’re not actually hearing the raw, uncut logic of pure math. These eight Functions are thus fairly entertaining to listen to, although they’re also quite samey, since mHz has elected to keep things as “brutal” and basic as possible. This means he denies conventional forms of artistic sublimation, and he doesn’t tweak his soundfiles in alignment with some airy-fairy aesthetic plan, so we end up with something that’s even more pared-down than an average Raster-Noton release. Even Ryoji Ikeda might have blanched at such trenchant, hard-edged minimalism.

At best, this may prove something about the overall thesis of Mo H. Zareei and his brutalist aesthetics, although I’m not yet sure what his actual contention is (if any), and it is possible to read this record as pure process art which makes the same simple point eight times over. Even so, there’s a steely-eyed clarity to the plan which should be considered, and the remorseless monotony of its rhythms and sounds will either mesmerise you, or send you nuts. Released in July 2020, arrived here 10/06/2020.