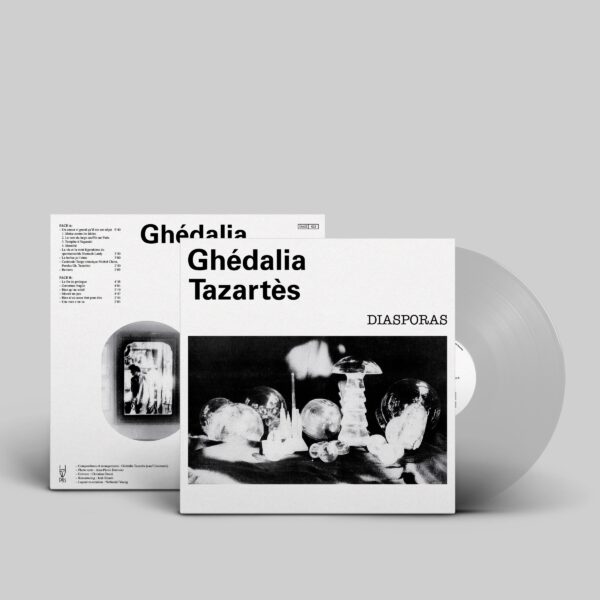 News of Ghédalia Tazartès’ death on 9 February 2021 reached me through social media yesterday. A full obituary is yet to be released by his family at this time of writing. I thought at this time, since it’s been a habit of mine to go through some of my old CD and tape collection and listen to recordings I haven’t heard in ages in the first couple of months of each new year, to dig out my old copy of Tazartès’ first album “Diasporas” and give it a spin. Originally recorded in 1977, the album had its first limited pressing in 1979 on the French underground label Cobalt and then disappeared for a long time, shared mainly by cognoscenti in fringe avant-garde music circles. In the meantime Tazartès continued to release other work, often on the Cobalt label and (I think) another label as well, and his collection of work eventually became better and more widely known with “Diasporas” in particular being reissued by several labels over the past 20+ years. (My copy of the album is an Alga Marghen reissue that came out in 2004 as part of a compilation with a minor work “Tazartès” that was originally released in 1987.)

“Diasporas” presents as an odd mélange of old folk music of indeterminate origins (to my ears, it sounds like folk music from the Balkan regions in southeast Europe, and indeed Tazartès’ family background was originally Greek Sephardic Jewish; his family left Thessaloniki in northern Greece for Paris where Tazartès was born); musique concrète with the use of tape loops and background ambient recordings that can frighten and upset unwary listeners; religious chanting; poetry recitation; occasional live playing on instruments; and Tazartès’ idiosyncratic style of singing which includes warbling, shouting or gibbering away in a language of his own making. Tazartès’ voice is the outstanding element in his eclectic style of music: it ranges from soaring emotional ululations and wailing of the kind one might find in traditional forms of Middle Eastern music to multi-toned throat singing. Polyphonic singing is frequent throughout the album as are also sections where Tazartès appears to be engaged in spiritual conversations between different aspects of his being. Recordings of young children’s voices also appear on the album in tape loops that can be very unsettling. No matter what style of music Tazartès alights on and uses for his purposes throughout the album, at its end his voice is the one thing left standing, whether as deep guttural toad-croak throat-singing or wailing in the far distance across desert landscapes.

The entire album never settles into a particular style or groove and it gives the impression of being restless, nomadic and questing. Calling the album “Diasporas” doesn’t quite do the music justice: it never settles anywhere for very long but is always on the move gathering up new elements and influences. (In most diasporas, people end up staying put in a particular place no matter how many moves they’ve made in the past.) The original quality of the album’s production, which likely was not great for what may have been home-made recordings, gives the songs a patina of being much older than they actually are, almost like archaeological artefacts, and enhances their otherworldly feel.

As mentioned earlier, various reissues of “Diasporas” are available in a number of formats, the most recent being a vinyl LP reissue (with remastering) from Dais Records.