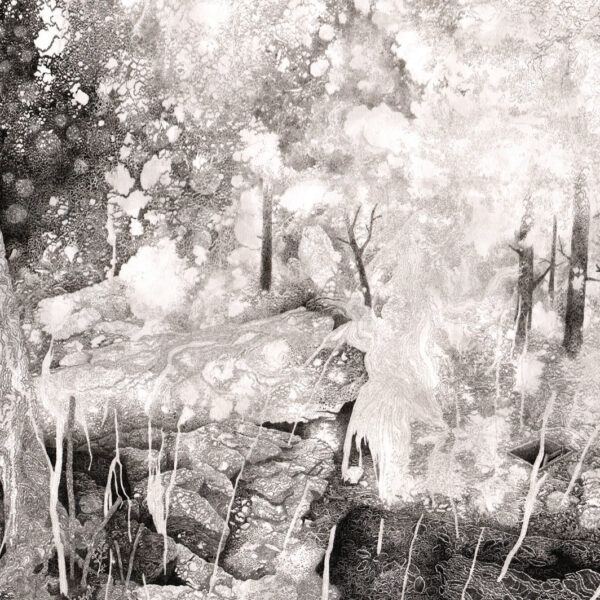 So, just what is it that makes the French post-nearly everything trio TOC tick? Since coming together back in 2008, the open-ended remit of Monsieurs Ternoy (keys), Orins (drums / percussion) and Cruz (guitars) has resulted in an improv and experimental standpoint that also encompasses influences from electro-acoustics, contempo jazz caterwaul to those worthies from the Krautrock vanguard.

Firstly, as matrix numbers decree is Indoor, which came off the back of an American / Canadian jaunt back in the first third of 2019, and is their first communique (or a brickbat, more like…) since 2012’s You Can Dance (If You Want). Of course, there are a few pictureseque cuts to add variety / pacing…but it’s really an uphill struggle for the sugary Fender Rhodes dream topping of ‘Opposite’ and ‘Under”s Schickertian echo guitars to leave any lasting impression when one comes face to face with, say, ‘Outdoor’ or ‘In The Middle’, where mad, skewiff moog scrawlings collide with heavily processed guitar metallics.

All the aggression / relentlessness of industrial-era Faust or, indeed, the under-a-full-moon, home counties Zeuhl of Metabolist can be located here in veritable shovelfuls. A mention must also go to the extraordinary batteurship of Peter Orins. The album’s palpable sense of extreme urgency is due, in no small way, to him venting his rhythmical spleen all over a family of poor cowering floor toms (?) and very little else…wow. 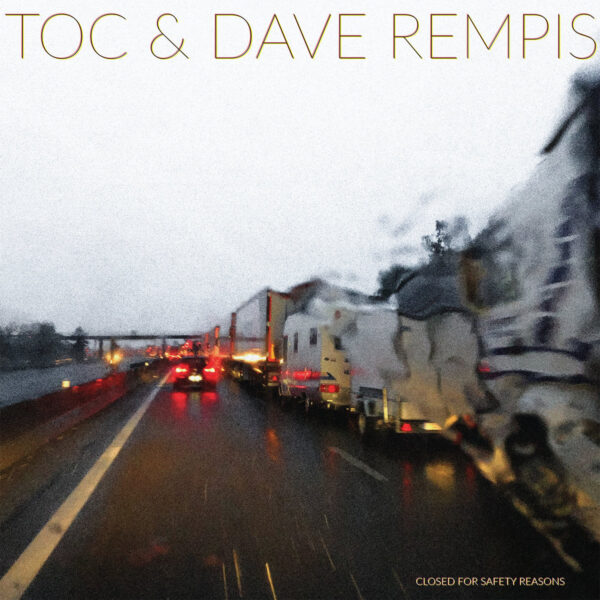 At ‘Maison TOC’, there’s also the added bonus of the occasional empty chair or two being set aside for that brassy outburst from any guest jazzers who just happen to be passing by. In the instance of Closed… (the culmination of 2019’s European tour), these cushions have been plumped up for tenor saxist Sakina Abdou and Chicagoan alto/tenor saxist Dave Rempis: a one-time sidesman to Peter Brötzmann, John Tchicai and current member of Ballister and The Engines. But the question remains as to quite how these extra contributors can shoehorn their way into a universe that’s already stuffed to the gills with, er, stuff.

Does the band (a) sheepishly turn everything down a notch or (b) blithely carry on regardless? Well, the answer …(cue floor tom roll…) shades towards the (b) option. Both Rempis and Abdou (who is to be found on the closing ‘Temporary Lease’ – CD only) chisel out a small toehold and play out of the respective skins when needs be. ‘No Sleep At La Zone’ finds the former’s grip on Fire Music loosening itself to a lyrical roseate glow at close of play. While as you might expect, ‘Snow Storm in Saillons’ cuts up pretty rough with a lung-sapping abandon that’s worthy of some of the Actuel releases of yore.

Having unfortunately never been acquainted with their bull at a gate charm offensive before, I’d rubber-stamp TOC a major discovery all things considered, and, by the way, both of the above are also available on one hundred and forty Gs of luxury vinyl too.