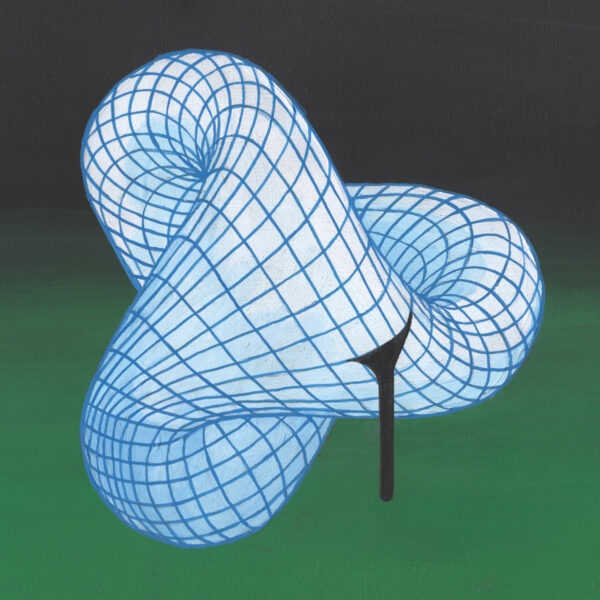 Strom | Morts are nothing to do with strøm, the latter being the Swiss duo of Gaudenz Badrutt and Christian Müller who create very good severe electronic blat in an improvisation context. As it happens, the trio Strom | Morts are also from Switzerland, but they live in Conthey which is a part of the country where geography triumphs, you simply can’t ignore the alpine range that surrounds you, and everyone feels overpowered by those gigantic purple mountains.

The trio of Olivier Hähnel, Mathieu Jallut and Didier Severin play analogue and modular synths on Coronal Mass (MIDIRA RECORDS MIDIRA 086), along with guitar, a shruti box, vocals, and Tibetan bowls. As such they tend to opt for a full-bodied deep-rooted electronic drone, enriched with layers and detail, and shaped with simple rise-and-fall movements, which is what I imagine it’s like to see the mountain ranges when they wake up in the morning and have a good stretch. The record is packaged as two tracks spread across a couple of semi-transparent Minimax CDs – ‘Coronal Mass Ejection’ is the long oppressive drone tinged with metallic elements and with its density and weight punched home by sparing use of reverb; Strom | Morts like to think of themselves as “post-metal”, whatever that may mean, and one can sense the long-dead ghosts of heavy metal guitars, slowed down to a near-static state, riffing away in the core of this ominous digital murmuring. While this may seem monotonous at first gazoon, there’s a lot to be said for the single-minded manner in which our mountaineering heroes approach this task, as if wearing away the granite by sheer force of mental will.

On disc two, the slightly shorter ‘Coronal Mass Injection’ could be characterised by its rather more sinister bent, the shapeless non-chords coalescing into an approaching black mass of uncertainty. The musical continuum is interrupted by percussive smashing effects, like a mountain sneezing in slow motion, that are extremely disquieting. If you wait long enough, you’ll be rewarded with some fuzzed-out metal guitar work from Jallut, the shrill harsh tones delivered in a very constricted manner, as if the player were paralysed with cold and fear.

The band have only been going since 2019, yet have already left behind a trail of self-released file-based items mostly with tripartite titles, such as Infrared Beam Migration and Spectral Impulse Control. What’s more, they have a manifesto. There’s something both admirable and slightly scary about bands having a creed or code which they live by, but this manifesto is mostly hyperbole of such a heroic insolence that it stops you in your tracks. They’re pretty much implying that if they stop playing music, the whole world will come to an end. This manifesto, printed inside the release, is structured in two halves, following some sort of debased yin-yang logic, and while the “strom” half is benevolent and positive, the “morts” half is the exact opposite. It’s as if they want to be La Monte Young and a nihilistic Black Metal band, rolled into one. From 20th August 2020.