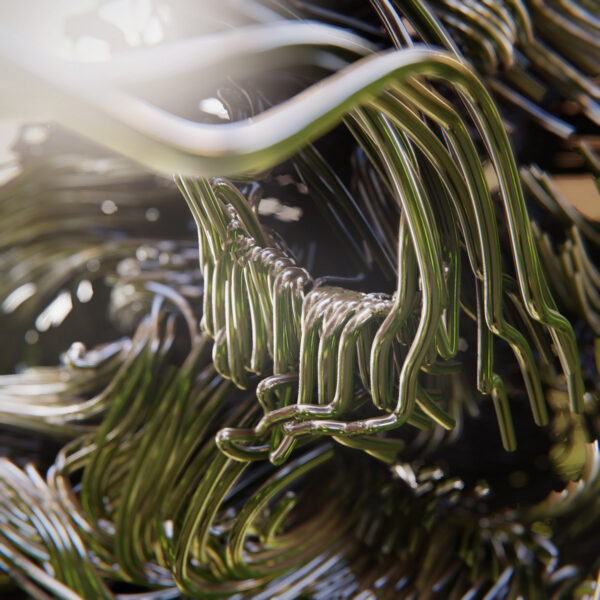 We heard Bad Stream on the 2018 self-titled double LP, where I believe all the music was played and composed by main-man Martin Steer; Jennifer Hor perceived a certain amount of alienation and disaffection in its grooves, reflecting Steer’s personal fears about our cyber future. He’s since expanded the project into an entire band, and 12 musicians appear on Sonic Healing (ANTIME #030CD), supplying vocals, violins, saxophones, bassoon, percussion, bass and piano, along with a visual artist Arash Akbari from Iran (he did the cover art here, but more importantly contributed to a mixed media project of Steer’s that preceded this).

The impulse for Steer making the record appears to have been a terrible personal tragedy (not unrelated to COVID-19), and his attempt to achieve some form of emotional recovery through the therapy of making music. While it’s structured in five parts (with index points on the CD), Sonic Healing is actually a single 39-minute continuous piece. It’s based around a guitar loop played by Steer. He sent it out to various friends and collaborators in his network, and they added their contributions, through a variety of processes and methods which may have included playing the loop at different speeds. All the musicians worked independently of each other, and it only became a “big band” record when it was mixed and assembled by Steer in his Berlin studio. To further the collaborative aspect, there are a number of remix versions which may not be on the LP, but are available for streaming from Bandcamp.

Not unpleasant music, but not especially challenging or inventive either; commonplace sounds and a bit too much over-processing in the slick production, leading to a tendency towards audio wallpaper. I certainly don’t detect the “feverish jazz” elements that we’re promised, and much of the music sits in the area of ordinary ambient / electronica. Working with musicians at a distance has certainly been productive for Steer, but I don’t see why it’s being claimed as a “new form of community”, as (a) the remix-by-mail thing has been a common practice among experimenters since the early 1990s if not earlier, and (b) Steer wouldn’t be the only musician to have been affected by COVID-19 and obliged to find new ways of creating collaborative music. I respect Steer’s courageous effort to seek some form of healing power for himself through this activity, but sadly very little emotional truth has ended up on these bland, unengaging results. From 20th August 2020; an LP version is available, pressed in green vinyl.