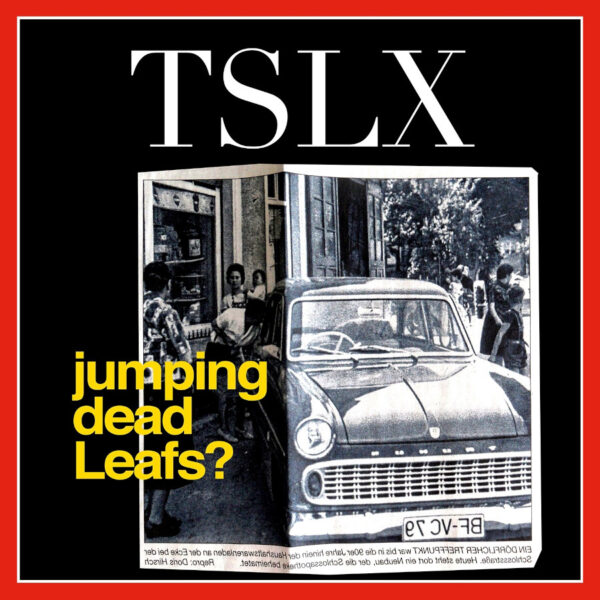 Superior chunk of modernistic electro-beat music from Tolouse Low Trax on Jumping Dead Leafs (BUREAU B BB346) …this is a solo turn by Detlef Weinrich of Dusseldorf, who’s been trading under this name for about ten years, and occasionally as DJ Sport, but probably more widely known to many readers as a member of Kriedler. This latter German combo have a catalogue reaching back to 1994 and whose music is described as “Leftfield / Downtempo” or some species of updated Krautrock, depending on which digital byway of the internet your browser leads you to.

I’d love to offer an opinion but I never heard Kriedler before, nor the solo work of our man Detlef, but based on today’s spin I feel a need to lead my tapir-like snout in that direction. Plenty of steady beats and trancey swoons available on these Jumping Dead Leafs, with strong evidence of a man in control of all his elements with every waking second that passes. He comes across as a navigator who could steer a battleship through mine-infested oilfields, working only to the highly precise grid system in his head. In terms of clean, machine-tooled arrangements, this is a record not unlike the recently-noted Plong item by Harmonious Thelonious (on this same label, as fate would have it). Tolouse Low Trax makes more use of vocal samples though, thankfully not in a laborious or message-heavy manner, and most of these spectralised voice-yawps fit perfectly with the minimalist agenda, dropping in just the precise syllable or phrase that’s appropriate to the occasion, enhanced by a tweak of echo or varispeed for extra hauntiness (Dusseldorf style).

The one exception to this is the track which features an extended rant about the state of the planet, presumably sampled from an eminent scientist who is knowledgeable in this area. Detlef Weinrich is also attempting to express romantic and erotic themes (so they tell me), and there is a lightness of touch in his work which does give an element of sexy limber to this dancing-android music; certainly plenty of sizzle and snap in these bass lines that you could use to hold up a bridge and which have as much steady ploughing power as an array of piledrivers made of pink styrofoam. Stylistically, this record is apparently more influenced by dub and hip-hop than his previous industrialish releases, but this is part of his history about which I remain sadly ignorant. Other allusions we should seek out concern vague buzzwords like “tribal”, “mystical” and “spectral”. These humanistic and romantic elements might be perceived as going against the grain of this ultra-efficient music which brings home the buffalo-meat with all the deliberation of a quantity surveyor, but the point is taken; Detlef Weinrich has evidently evolved his own particular take on the “ghost in the machine” trope, and here is ample evidence of its success. From 8th July 2020, available as CD and LP.