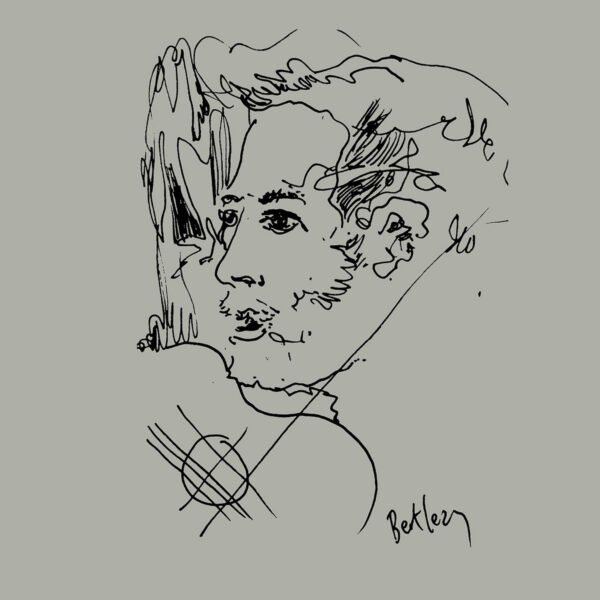 We received a copy of Bill Orcutt‘s Warszawa (ENDLESS HAPPINESS END #8) cassette in September 2020, and though released in August it’s already sold out at time of writing (November); which is perhaps unsurprising given the degree of interest in the music of this super-talented and important guitarist. There were only 100 copies printed in two variant covers, and already some Discogs seller wants £71.43 for a copy with the baby-blue cover. It was also put out on Bill’s own label, Palilalia Records, with a slightly different cover, which isn’t to say it’s any more “available”.

The music turns out to be an electric guitar solo by this ex-Harry Pussy genius recorded in Poland in 2019, a deep and moving performance of rare assurance and grandeur, and very moving to boot. He balances with ingenuity between melodic phrasing and amplified noise, always threatening to let the beats out of the cage to unleash his inner Ted Nugent (or other hard rock guitarist of your choice). Also plenty of blues-y influenced licks spliced into the discordant minor-key riffing, and (on the B side) a strong sense of Celtic pentatonics. As ever, what comes over most strongly is that palpable sense of power and aggression; Orcutt’s music stops short, just barely, of delivering a musical punch to the jaw that Ernest Hemingway would have applauded, and you can imagine the writer laughing heartily into his beard as we stagger about with a bloody nose, before he slaps Orcutt heartily on the back and leads him away to spend the night drinking whisky from a tin mug (the man’s way).

Yet there’s also moments of reflective beauty in this guitar music, verging on a strange kind of insight, the sort of hard-won knowledge about the foibles of the human race which you normally only earn after serving five years with the Marine Corps, posted to foreign climes. And if your love of guitar-playing is predicated mostly on technique, Orcutt won’t disappoint in that department either, with oodles of sustained notes, grace-notes and trills, hammering-on, and powerful use of the bass strings to tie down the root notes. For fans of Richard Thompson, Rick Bishop, Jeff Cotton, Neil Young, and other such luminaries. From 7th September 2020.