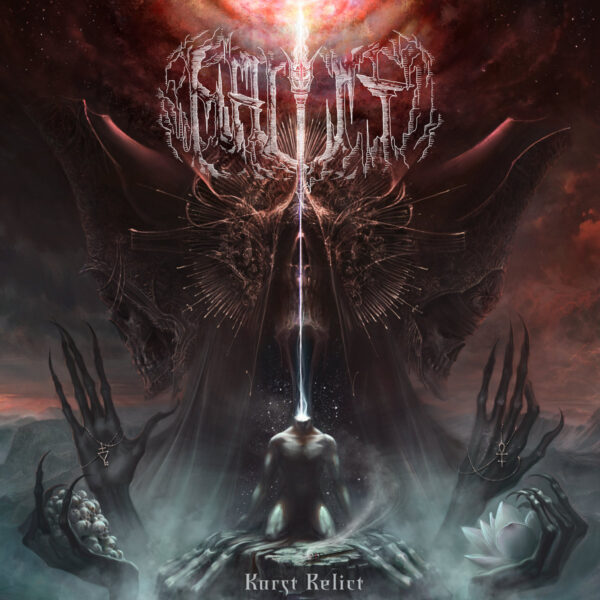 Gosh, looks like I’m late to this particular party: “Karst Relict” is the last album in Malist’s Karst Realm trilogy of recordings that begin with “In the Catacombs of Time”, released in 2019, and continue with “To Mantle the Rising Sun” that came out in 2020. Putting out three albums in three years is a very impressive achievement for a solo BM project, especially as the albums are based around a narrative of an epic journey that can be interpreted on different levels. At a basic level, the trilogy traces the odyssey of a hero through the labyrinthine Karst Realm to confront the kingdom’s tyrant ruler, and the battles, physical and psychological, he has to endure and win. A metaphor of self-discovery through tests and trials, the confrontation and transformation that follows it, and the consequences that come about can be seen.

At this time of writing I confess I haven’t heard all the albums in the trilogy thoroughly though I’ve heard “Karst Relict” a fair few times. My main impression of the first two albums is that they are raw free-flowing melodic BM with a lot of dramatic flair and aggressive energy. With “Karst Relict”, Malist man Ovfrost takes the music into a post-BM direction with a cleaner style, more structured songs and a beefed-up sound with multi-layered guitars. The percussion is a bit thin for the music though and if Malist ever decides to tour the music, he’ll need a live drummer to give his work and its message the thunder it needs. Malist’s mix of BM vocals (which sometimes delve into a guttural DM range) and clean singing are impressive for a genre where all too often the BM singing is the weakest element for many bands who shove embarrassing performances deep into the mix or cover them up in piles of reverb. Piano and acoustic strings provide good ambient contrast and another layer of mood to an already complex music style.

For all Ovfrost’s growing confidence in his song-writing, multi-instrumental skills and recording abilities, the songs are lacking in distinctive riffs and the style of music hardly varies across all of them so they don’t have their own clear-cut musical identities. Listeners will come away with a clear sense of Malist as a BM / post-BM project but not be able to point to any particular song or songs that mean something special and which represent the album to them. As “Karst Relict” is meant to be a culmination of a journey, there should be a song or a couple of songs that stand out from the rest of the album in the scale of the music, the drama and emotion of the confrontation, and what happens after the hero and the tyrant king meet. The subject matter offers potential for great musical and emotional peaks and valleys, and a real rollercoaster ride could have been the result with all of us listeners totally knackered and emotionally wrecked with huge pools of tears all around us but feeling that we’ve experienced something stupendous and enriching.

Even with all its faults, “Karst Relict” is good work technically and I can see the day coming when Ovfrost will outgrow his BM roots as a musician, song-writer and composer. Malist can be the project through which he explores and experiments with different elements and themes from other music genres within BM / post-BM, and develop and advance his music career.