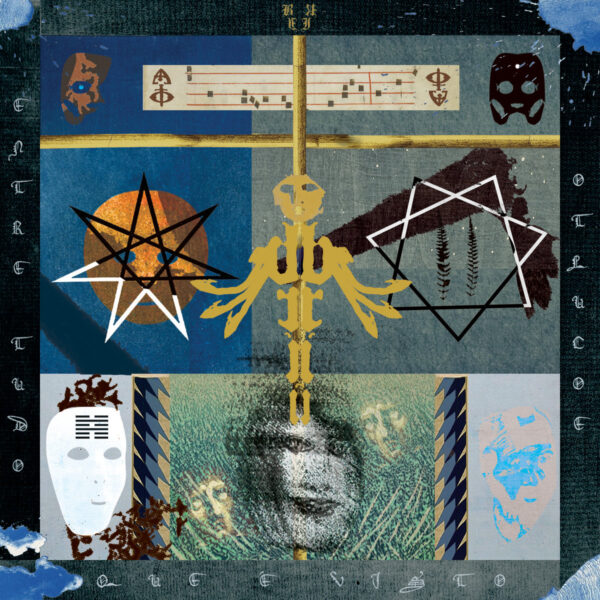 One of my current favourite black metal acts is Kaatayra, a solo melodic BM project based in Brasilia which released “Só Quem Viu o Relâmpago à Sua Direita Sabe”, a stunning full-length mix of black metal, psychedelia and Brazilian contemporary and folk music including tropicalia and indigenous music elements, in April 2020. (The album became available on CD in November 2020 through Pest Productions.) Kaatayra’s fellow Brasilia-based compatriots Bríi do similar work with more electronic music elements on “Entre Tudo que é Visto e Oculto”, their debut album which they released independently in February 2020. I do not know very much about either Kaatayra or Bríi but I have heard they share a band member and this would be guitarist Caio Lemos who one day will surely be considered one of Brazil’s major musical treasures if future work from these and other projects of his is at least as consistent, impassioned and varied as the album under review.

Each of the four tracks on the album is at least 15 minutes long and is a complex self-contained musical universe in itself, based on a raw melodic / ritualistic BM foundation, on which atmosphere and mood build through repetition, with elements from other genres (in particular trance, psychedelia and electronic ambient) being added in a sparing way that complements the dominant BM genre. The result is often highly energetic and aggressive raw metal with a sound and atmosphere all its own that does not fit any particular category of music and yet partakes of all categories. The depth in the music is incredible; listeners can sense distances hitherto unknown and unexplored being reached, and the frenzy and energy in these territories being released with extreme savagery. Opener “Caos e Ordem Tiveram um Neto” sets the standard with a mix of BM ferocity, deep stellar atmosphere and blippy electronics. Subsequent tracks may include acoustic folk, post-BM verging on prog rock, whispered clean-toned vocals (a feature shared with Kaatayra), Afro-Brazilian percussion rhythms, shamanistic trance and noise elements.

I must confess I don’t have a favourite track as each of the four is very individual and they all have their flaws as well as their highlights: they can be very repetitive and there are sections in them where the music could have been edited for length without the mood and ambience being affected or the potential for total trance-like immersion being thwarted. The third track “Valias Desmanchando em Queda” is a bit less appealing than the others for its thrashy excess over a major part of its length. For most listeners I would single out “A Hora da Morte” as perhaps the most essential track of the four, for its spacious sonic vistas, unearthly vocals and transcendental spiritual nature.

I swear, after hearing this recording your life may never be the same and you’ll never look at black metal again without thinking of this album and others like it that completely breach the division between our material universe and other dimensions we never knew existed.