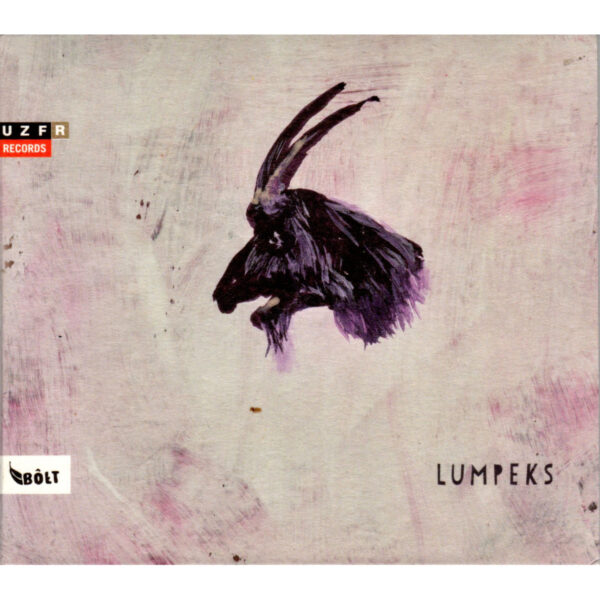 Below, some items of contemporary Polish (and one Serbian) music released on Bolt Records.

Lumpeks are here with their self-titled Lumpeks (RADICAL POLISH CULTURE RP02) album, released on Bolt Records but also associated with Umlaut Records and Unzipped Fly. Bass player Sébastien Beliah formed this unusual quartet with fellow French jazzers Louis Laurain (cornet) and Pierre Borel (alto saxophone), with the addition of their secret weapon – the Polish singer Olga Koziel, who also plays percussion. The plan is to blend jazz music with traditional Polish dance and folk music, not too far apart from the Radical Polish Ansambl record which (like this record) was published under the aegis of “Radical Polish Culture”. The former elected to reinvigorate the mazurka, that most traditional of Polish dance forms, Lumpeks appear to be aiming at something even more unexpected. It’s certainly exciting music, with intervals and gaps in the tricky rhythms that could wrong-foot a three-legged horse, even when sitting in an armchair. The players work together well and deliver astonishing melodies, making the sparse instrumentation work in their favour; it’s particularly effective when they’re joined by an accordian player, Jakub Zimonczyk, on the ‘Ober Ciagly’ tune; likewise the fiddler Paula Kinaszewska, who plays on ‘Mazurek’, which we assume is rooted in the Mazurka form. I’m ill-equipped to assess the value of music that lies outside my English culture, but it’s thrilling stuff; even the down-tempo non-dance songs work well, stirring the soul in ways which transcend a language barrier. As mentioned, the singer Olga Koziel is a large part of the project’s success, and her plain-spoken very honest voice offers the easiest way in to this unusual record. 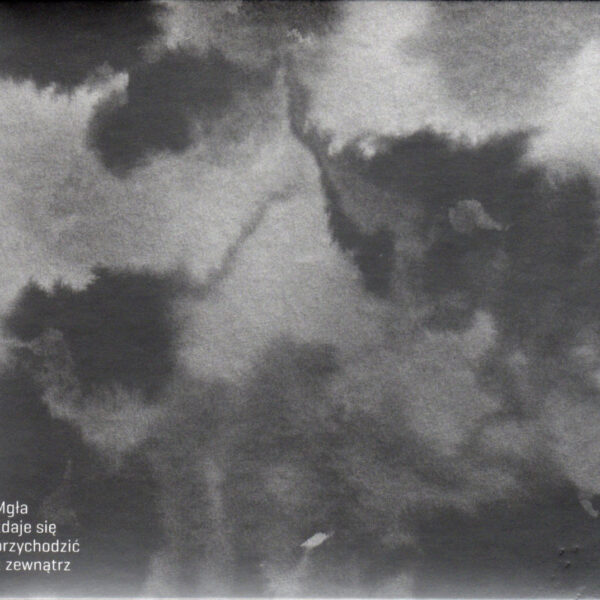 The record Mgla Zdaje Sie Przychodzic Z Zewnatrz (The Fog Seems To Come From The Outside) (BOLT RECORDS BR R013) presents even more of a barrier to an English-speaking audience; it’s a radio drama presented entirely in Polish, written by the multimedia artist Ludomir Franczak and presented with music created by Marcin Dymiter. Some of the text has been derived from the writings of Zofia Posmysz, and interviews with this writer; other obscure fragments of text are also collaged in, including W.G. Sebald’s Austerlitz, and a 1959 radio play by Jerzy Rakowiecki. The text, delivered here by six actors, may be a mixture of fact and fiction and may be saying something about wartime Europe (especially about Nazism and Communism). I think the process that’s relevant for Ludomir Franczak is to do with the collection and the assembly of the materials, something that applies to many of his other projects. Whatever the theme of this record may be, it certainly comes over as gloomy and serious, an impression that is not dispelled by the solemn tone of the actors, the unsettling musical interludes that resemble industrial dark ambient, and the foreboding grey cover art. 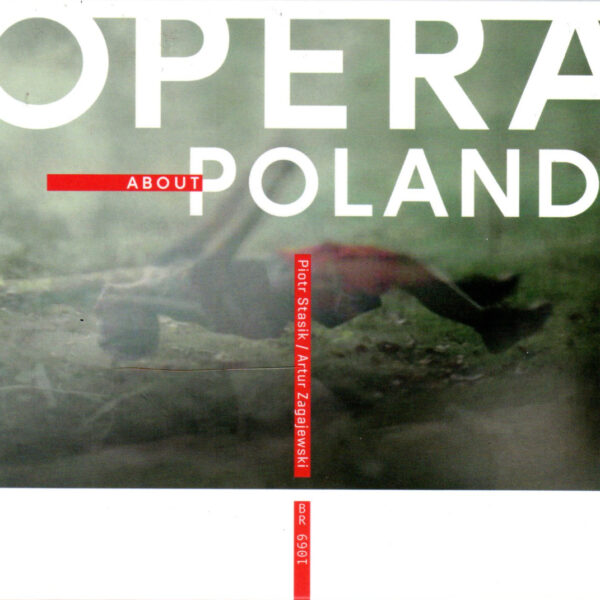 Even more ambitious is Opera About Poland (BR 1069), a work by the writer and director Piotr Stasik with music by Artur Zagajewski. The work is published as a Blu-Ray and appears to be a combination of music, interviews with people, and conventional opera with a dramatic libretto and performers. Quite bold direction, with use of split-screen and multi-screen to emphasise certain points in the essay. I really like the combination and layering of all these elements, but again since everything is in Polish I have no idea what is being communicated, or what it means to anyone who isn’t Polish. This is a shame, as I feel Stasik is probably saying something quite important about Polish history and the psychological makeup of his homeland; the music, meanwhile, is remorseless in creating tension and alarming atmospheres. 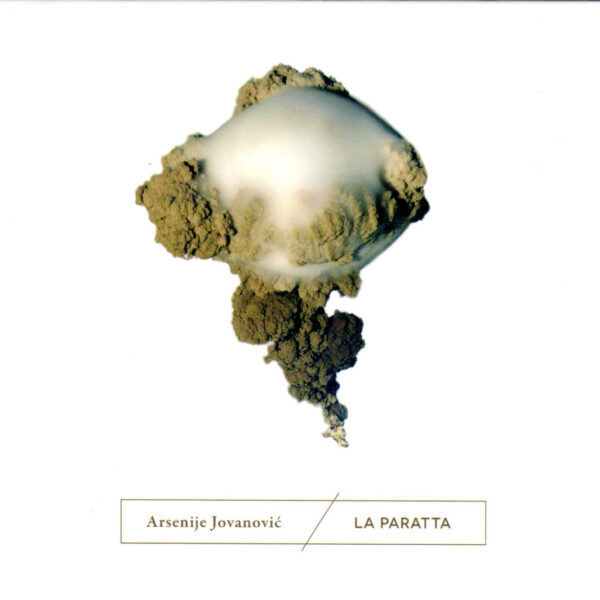 We end this post with La Paratta (BR R012), which isn’t really Polish at all, but contains three long works by the Serbian fellow Arsenije Jovanovic, who is more of a radio, theatre and TV director than he is a musician; that didn’t stop him releasing a self-titled record on La Légende Des Voix in 1994, a true curio of semi-documentary sound art which I happen to own on CD and remember as being an intriguing and mysterious piece of subtle tapework and collaging. La Paratta is less art music and more on the documentary side, but it’s still very accessible and even compelling.

Just three long tracks averaging around 20 mins. ‘The White City’ is based on his recordings of a mass protest in Belgrade in 1997, when the disgruntled populace took hold of anything they could use to make a noise – sirens, whistles, bells, car horns, and even furniture and domestic utensils. Jovanovic underscores this amazing chaotic melange with a threatening bass tone on these “acoustic reminisces”, unless that was the natural sound created by this angry crowd. He recalls the way this swell of protest drowned out everything else for a time, in particular the hated propaganda of the state broadcast on TV and radio. On ‘La Parata’, co-composed with Ilinka Colic Jovanovic, we have a fascinating audio collage which uses the voices of famous dictators (Lenin, Hitler, Mussolini) and political extremists from history mixed together with sounds of crowds, birdsong, stray voices, and many other foreign elements. Although you may think this has the potential to be a rather hackneyed piece, on the contrary it makes its points through unexpected juxtapositions and editing, much like the semi-surreal form of the 1994 CD. Jovanovic brings out an internal rhythm, making this a very listenable essay in sound, thought-through and coherent. He himself calls it a “danse macabre”; it certainly has all the makings of a “warning from history”, and exposes basic flaws in humanity and political ideology which we’d probably rather ignore.

The CD ends with ‘The Fear Of The Birds’, a work of astonishing beauty and profoundly moving on some level I can’t completely explain. It’s based on a real-life event about an encounter with a terrified bird on the Adriatic sea, an event which has been scaled up in the composer’s mind to articulate something about fear – the bird fleeing the war by taking refuge on a tiny sailboat, a metaphor for fragile humanity trying to escape something too large and terrifying. All of this is expressed with a collage of birdsong and some angelic choir music; a truly empathetic portrait of humanity emerges. For further layers of meaning to this track (and indeed the whole), please read the enclosed booklet by the composer which takes in everything from Max Ernst to EVP in its semi-poetic prose, and concocts a mythological history of the birds that would have delighted Borges.