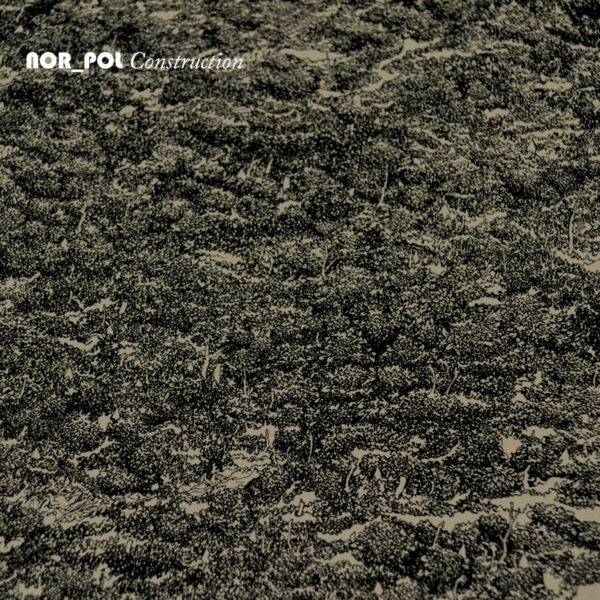 Some items from the Polish Zoharum label, all arrived 19th October 2020.

NOR_POL is a collaborative effort between Norwegian player Jorgen Knudsen with Polish fellow Lukasz Sazlankiewicz. The latter has surfaced once or twice under his Zenial guise, sometimes solo, sometimes with Banabila or 23 Threads. Knudsen has also recorded as Alle Tiders Duster, Lack Of Memory, and The Splatters on various obscure releases we never heard. This might be the first release under the name NOR_POL, but they’ve been acquainted with each other since they first rubbed noses at a Ukranian festival in 2006, and have been producing everything from music to audio installations ever since. As such, Construction (ZOHARUM ZOHAR 206-2) represents about five years of effort selected from the years 2015 to 2019, and they did it in a number of international locations from Poland to New York by way of Oslo.

Odd music and sound are the results; now and again this might be mistaken for “dark ambient” with its foggy drones, or some kind of experimental trip-hop with its languid beats, but mostly it emerges as vague, abstract, textures, all of them aiming at a very immersive audio environment in which the listener may feel pleasantly perplexed and uncertain. This may help explain the dense “forest” cover artwork, lovingly drawn by Bartosz Zaskorski with his pen and ink; more than once, the sheer volume and thickness of Construction is enough to suggest the cloying confines of a magical woodland from which there is no convenient escape route. There’s also something referred to as “artists workflow based on metaphors”, which appears in the terse press note, which may or may not allude to a particular working method employed by the POLsters, but I can’t find anything to reinforce this.

An engaging listen in places; I like it when they’re having fun with weird sounds, knob-twisting and unusual shrieky-gloopy gestural stuff, almost like painting with electronic devices. This indicates a mind, or minds, that are not on automatic pilot, and are trying to think their way out of a musical impasse by any means possible.

Dust of Souls (ZOHARUM ZOHAR 209-2) is another Rapoon item, following on from Ghosts From A Machine, a 3-CD set which this label reissued in March 2020. It surprises me, though perhaps it shouldn’t, how little time need elapse before a reissue is deemed acceptable; Dust of Souls only came out in July 2019, and yet here we are with a reissue version on a new label. Admittedly, the original issue (if one discounts Rapoon’s own online publication of it) was from a very obscure Hong Kong label in a tiny run of 100 copies in an “art” package, and sold out instantly. As Rapoon records go, this one is unusual – the standout track is the opener ‘Shadow and Voice’, 17:03 of mysterious and sketchy sounds presented in an extremely minimal manner. Elements dart around fleetingly, sometimes resolving into recognisable tones, but largely things remain vague and wispy; in spite of this, Robin Storey still conjures up strange feelings poised between menace, nostalgia, and alienation. The rest of the album is good, but the remaining tracks veer towards his more typical dense and layered style. 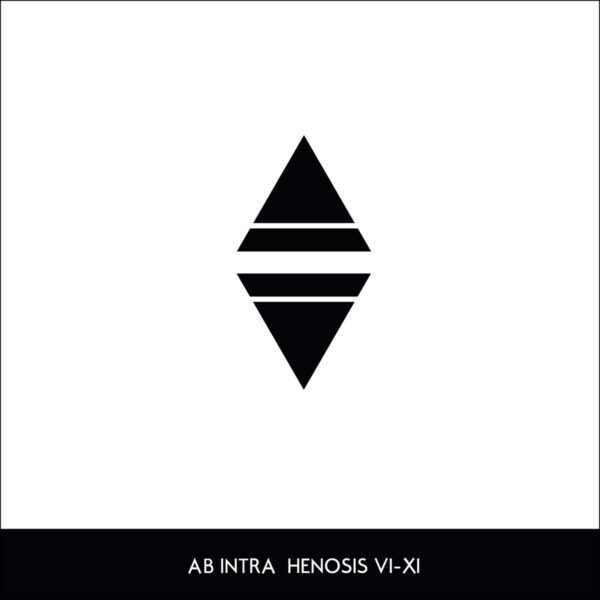 Ab Intra (i.e. Radoslaw Kaminski) last graced our doorlatch in 2016 with his Henosis I-V album, and returns today with Henosis VI-XI (ZOHARUM ZOHAR 212-2), continuing whatever plan he has in mind with a further six episodes of semi-melodic synthesizer music packaged in an anonymous cover with his typical “black triangles” motifs deployed in various schema and arrays. I found the 2016 album rather heavy going, often unable to escape its own aura of self-importance and grandiosity, traits which continue to apply to today’s over-crowded listen. Meagre compositional ideas and ultra-simplistic tunes are inflated into something more than they are, simply by means of duration and insistent repetition. There’s still the sense of continual anticipation, without any kind of release or payoff in view.

Oddly enough, it’s Ab Intra’s single-mindedness which can work in his favour on occasion, eventually wearing down the listener’s resistance until we start to discern some invention and variation inside his watertight, closed-loop, keyboard riffs. ‘Henosis IX’ is particularly successful in this respect, leaving you no room to think or breathe with its tight sequencing and hammer-blow rhythms that have the effect of running your hide through a sewing machine. This one manages to avoid sounding too full of itself, and smuggles in the notion that it might have a secret worth disclosing, which is more than can be said for at least half of the tracks here; they swagger into view with a pompous fanfare of trumpet-like synths, and continue to flourish like so many obsequious pageboys and courtiers, eager to disguise the fact that the emperor not only has no clothes, but he isn’t even part of the pageant, having elected to stay at home eating grapes on his chaise longue.