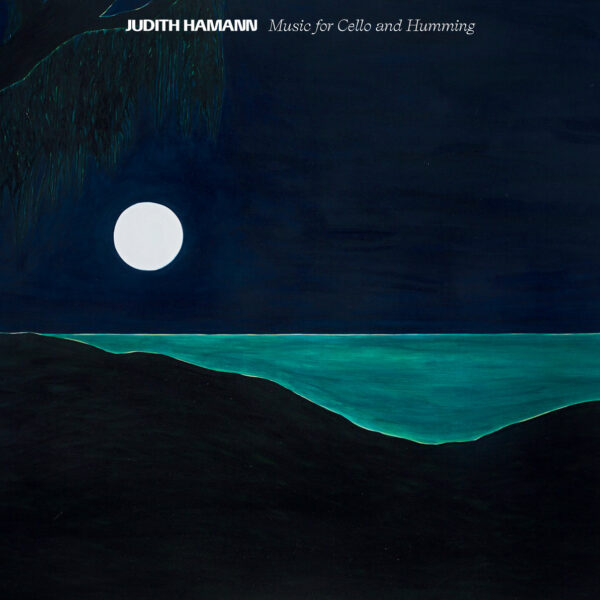 Australian cellist Judith Hamann is very active of late – she released at least three solo records in year 2020, of which the first is today’s Music For Cello and Humming (BLANK FORMS EDITIONS BF-018) CD. She also made Days Collapse for Another Timbre, and Peaks (noted here by Jennifer Hor) for Black Truffle, the art label run by fellow Australian Oren Ambarchi.

Hamann is classically trained and has collaborated with some major names at the far reaches of contemporary music, and is evidently seeking to push back boundaries and redefine forms with her radical work. From what I can gather, she’s developing a unique performance technique that brings the entire body into play; I find references to “shaking” in solo performance, though I have absolutely no idea what this means. We might learn more when the LP Shaking Studies (from this same label) is ultimately released. She also makes use of her own humming voice, and it’s this aspect of her work that’s showcased on today’s record. Matter of fact she’s even composed her own music for it, including the major “Humming Suite: Études for Cello and Humming”, presented here in five parts, plus there are compositions by Sarah Hennies (“Loss”) and Anthony Pateras (“Down To Dust”) which were written especially for her. Hearing the results, there’s no denying she creates some quite uncanny timbres and tones with these poised, delicate sounds, with voice, body and instrument all working together, making very effective use of string harmonics. Through this strategy, there’s certainly an intention to go beyond the orthodoxies of normal chamber music, and (according to the press notes) to make statements about sexual politics and feminism.

Her own “Humming Suite” is all acoustic, slow-moving, somewhat quiet and minimalist, contemplative and solemn in tone; both the Pateras and Hennies pieces add electronics to the mix. “Down To Dust” has that shade more attack and is darker in its mood, but the electronic elements are restrained and the piece still has an awful clarity and purpose in its forward movement. Sarah Hennies is an American composer whom we have heard a couple of times, in particular the unsettling ultra-minimal percussion piece Nests she made with Tim Feeney. One of her concerns seems to be about getting right into the beating heart of an instrument, to examine what makes it tick and how its very nervous system functions, through her composition; if that’s half right, it makes her a good choice of collaborator for Judith Hamann. This “Loss” piece is pretty tough going, mainly for the astringent emotions it seems to convey, and it’s also quite long (28:38 mins) and relentless in its well-measured tread, determined to reach to the furthest points of whatever it might be exploring. The combination of frail humming tones and attenuated, minimal cello strokes conveys a palpable sense of fragility. Where Hamann’s own “Humming Suite” is slightly more introverted and allows the listener some private space in which to lick our wounds, this “Loss” is all out in the open, and leaves us feeling exposed and vulnerable.

In all, a strong set of original ideas and unique performances, amounting to a very contemporary statement. From 27th October 2020.