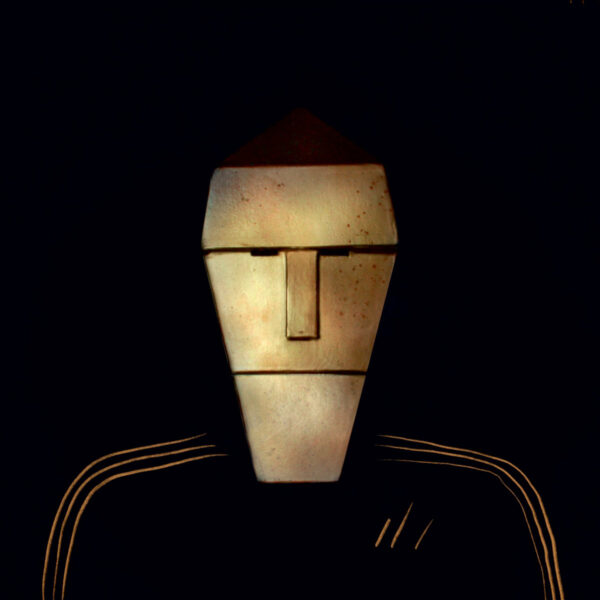 Album by the group ROD is Pòczuj Kaszëbsczégò Dëcha (ZOHAR 217-2), somewhat unusual entry in this label’s roster of acts…from the lovely cover image I was hoping for a new electronic opera about the plight of robot factory workers, or a bleak industrial metal drone portraying a dismal future where everyone has to wear iron masks to protect themselves from radiation or air pollution. Instead, it’s a rum mix of traditional Slavic culture with modern electronica, trip-hop and beats…the trio of Cichy, Loki and Hansollo are devoted scholars in social history for their part of the world, personally steeped in “old rituals…legends…and customs” which stretch back for centuries, and are striking a blow for long-established indigenous traditions relating to “a people who existed in accordance with nature and its rhythms”. They’ve been doing this ever since their debut album Lelum Polelum from 2018, but today’s record zeroes in on a specific region of Northern Poland called Kaszuby, which has a very rich ethnic tradition – for one thing, they still speak their own language, and old traditions of dance, colourful costume, cooking, pottery and taking snuff are nurtured and kept alive (and not just for tourists, I would imagine). Interestingly, some of this might be pre-Christian, if that’s what the press note mean by “heathen traditions”. This isn’t to say that ROD are aiming to tap the same vein as England’s grisly “dark folk” acts with their pagan leanings, or (even worse) following the path of nationalistic Black Metal acts. On the other hand, since none of the text or titles are in English, I have no idea what this album is actually about. The music sounds to me like amateurish 1990s electro-beats made in someone’s bedroom, with declamatory, tuneless singing heaped on top of it. Still, at least it’s original and evidently very heartfelt. Matter of fact, the very crudeness of the record could be counted as a successful stab at the slickness of creeping monoculture, which they regard as The Enemy. 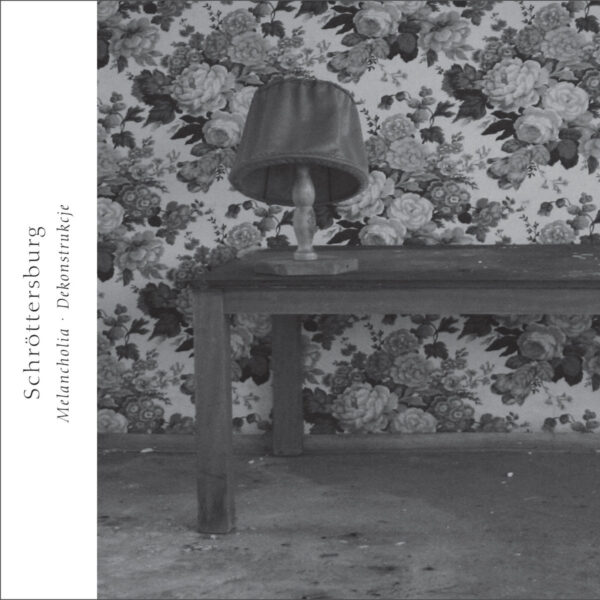 Polish band Schröttersburg come from Plock and have been active since 2008, releasing a number of albums since then for Extinction Records, Bat-Cave Productions, and No Pasaran Records. I never heard their music before, but it seems they play their own brand of post-punk influenced noise rock, and in fact remain open to incorporating many other musical styles in their rich stew, plus they have tight-lipped and cryptic album covers using a lot of black space and weird triangular symbols. For today’s item Melancholia . Dekonstrukcje (ZOHAR 214-2) what we have is their original 2018 Melancholia album remixed by various Polish luminaries, such as Mirt, Gaap Kvlt, Fleuve, Ame De Boue and others…interestingly, the entire album is remixed, and all the tracks are in the original order too. The press notes promise us everything from modern trip-hop to “shoegaze Black Metal” in these remixes, and indeed the set does deliver a wide-ranging cauldron of stylistic mashups. The defining mood is mostly grim and mesmerising, and fans of dark ambient will find several minutes of cold solace to warm their stew, but the pieces I enjoy the most are the ones that emerge as clunky DIY versions of Joy Division, where all the instrumental elements are laid bare (rather than merged into a sickly haze). Particularly good is the Vilkduja version of ‘Melancholia’, which to me sums up the central Joy Division theme of “life is a long walk in the cold snow” in just seven minutes. Equally punchy is the Ame De Boue take on ‘Jestesmy Cisza’, with plenty of Cold Wave eerie synths sitting alongside the chanty vocal and snappy bass riff. The Fleuve rendition of ‘Siedem’ is simply harrowing – will induce paralysis and despair with its insistent repeated riffs, its bleak outlook, its implacable spoken-word vocal. I don’t know if Schröttersburg will turn out to be a hidden treasure of Poland, but their catalogue is all available for streaming for those who care to investigate. 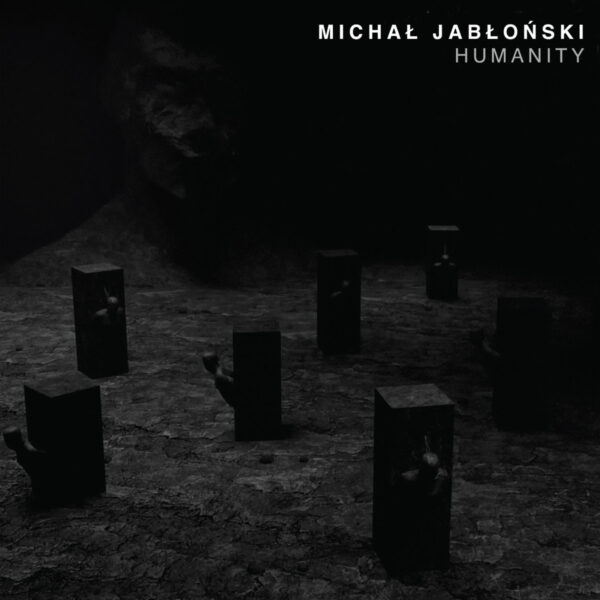 With the item by Michal Jablonski, we’re more firmly back in the dark ambient turf in which this label traffics. Humanity (ZOHAR 210-2) is an ultra-cold, ultra-slow entry in the genre, informed by a gloomy theme; the creator muses on the end of humankind, as he passes the terrible spring and summer months of year 2020 isolated in the countryside. The vocalist DID (Hania Piosik from Joy Pop and the Warsaw Improvisers Orchestra) lends her inhuman drawn-out shrieks of despair to two tracks. Very portentous; the serious, solemn tone of this album doesn’t let up for a second, letting us know that Jablonski evidently regards the theme as one which requires a good deal of gravity and introspective contemplation. Calling it “a journey into the depths of the universe” is pretty heavy too, but even so Humanity more than passes muster as a stark and desolate statement of iceberg-proportions. Nary a chink of hope shines in through the darkened, overcast skies which he contemplates. You might derive some excitement from the deeper album cuts where he introduces doomy martial drumming and deadly pulse-sequences into the equation, but for me there’s a lot to be said for the emptied-out stasis and sheer desolation of the early cuts…makes most “dark ambient” records seem far too immersive and eventful, proposing instead a regime of constant vigilance.