The duo of Geins’t Naït and L. Petitgand continue their ongoing series of odd vocal-industrial compositions with Like This Or Maybe That (ICI D’AILLEURS MT12), the latest instalment in a quasi-series that includes the earlier records Je Vous Dis and Oublier, both released on this same French label and part of the “Mind Travels” series which has done so much for mental health among its listeners. The cover art also continues its strange narrative of decaying buildings and decrepit office furniture, this time around depicting photos of filing systems or empty shelves, contents in disarray. It’s hard to pin down what these two are in pursuit of, and all we get from the press this time is vague aspirational chatter about “mysterious atmospheres” and an “inner journey”; but it is worth stressing the tension between these two French players that causes much aural excitement, with Thierry Merigout keeping the “industrial” flame alive while Laurent Petitgand pursues his career in cinema soundtracks. It’s convenient perhaps to understand Like This Or Maybe That as a fractured episodic narrative, and indeed the many vocal tics and samples tend to bolster this impression, but there’s still something troubling and indigestible at the core of it, an enigma that is perhaps reflected in all these images of opened cabinets and empty shelves. Reminder also that this is a very accessible record with plenty of melodic fugues and exciting aural incident, unfathomable though it be. (26/10/2020) 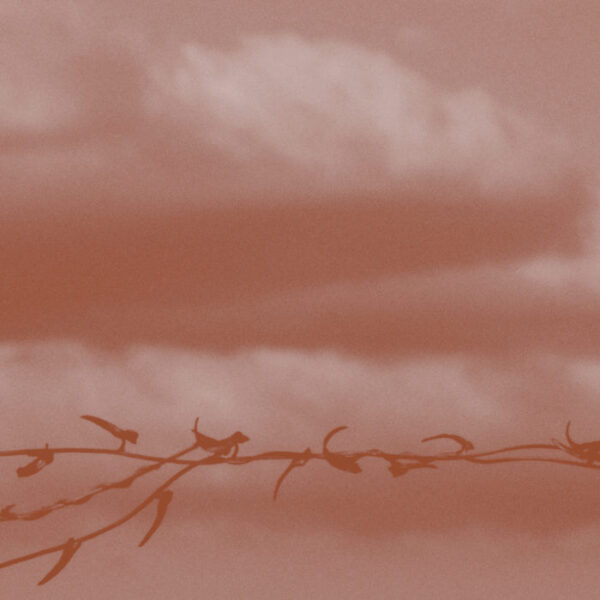 Another record drawing inspiration from the lockdown year, this time in the form of Double Bind (ROOM 40 RM4113) by the American Geneva Skeen. Low key and restrained electronics are her medium, though she may also layer in some heavily-disguised field recordings (as is almost standard practice among experimental musicians these days). With her titles at least, the expression she is reaching for is a mixture of outright despair twinned with scientific paradoxes; for the former, track 5 ‘The world has no visible order and all I have is the order of my breath’ embodies her exasperation, while the following track refers to a “universe where time flows backwards”, a most intriguing notion. Other than that, she elects to remain silent as to any deeper artistic intent informing this release, and instead asked her poet friend to give it a spin, then pen a few lines about her listening impressions. I like the despairing tone of the music here, but it lacks focus and intensity, not quite managing to pull us into the orbit of its world-view. I myself would welcome having to cope with the inescapable dilemma of a “double bind”, but this record doesn’t present one, and lets us off the hook too easily. (26/10/2020) 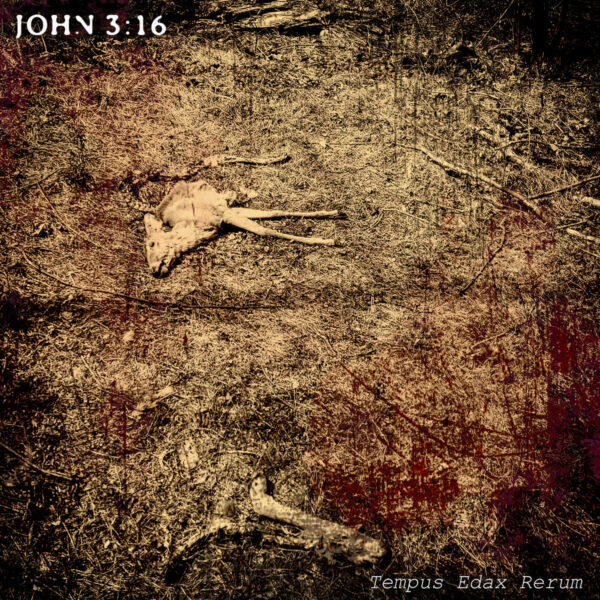 John 3:16 is Philippe Gerber from Pennsylvania, a fellow who used to play bass in rock band Heat From A Deadstar. I see he’s been active under this name since 2008 with a number of releases on the label Alrealon Musique, many of them titled with rather “Old Testament” themes suggestive of a vengeful and wrathful God, despite the musician’s New Testament name which might imply forgiveness. Today’s item Tempus Edax Rerum (ALRN095) contains five long tracks of guitar, synth and drumming bombast, each interminable episode labouring to convey a sense of imminent doom. Instruments are awash in a swirl of heavy echo and processing, and while individual riffs and strums might shine through, I guess it’s the combined effect of crushing sonic inexorability that is Gerber’s principal aim. Singer / instrumentalist Rasplyn guests on ‘Part IV’ of this heavy-handed epic. Nowhere near as black or threatening as he clearly intends, this is mostly rather dreary post-metal stodge and drone. (26/10/2020) 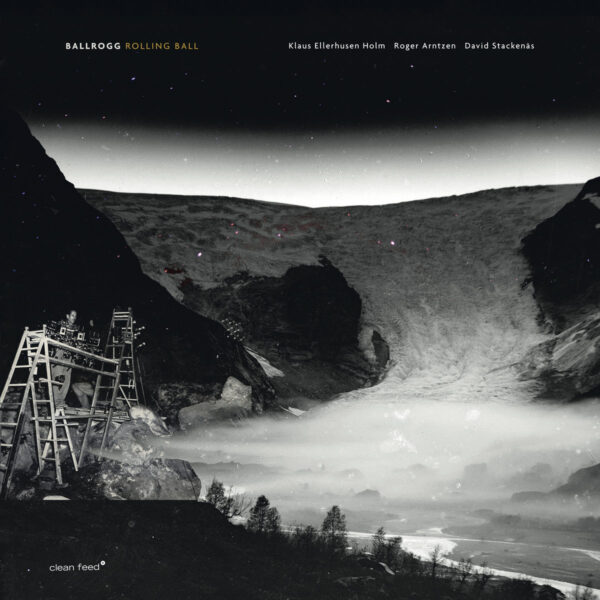 From Norway the trio Ballrogg with Rolling Ball (CLEAN FEED CF558CD), on which the players Klaus Ellerhusen Holm and Roger Arntzen continue to explore their plan to rethink jazz music as chamber music. They did it previously on the Cabin Music album for Hubro, where Holm’s clarinet and Arntzen’s acoustic bass where supplemented by the guitar work of Ivar Grydeland. Today, it’s David Stackenäs in the guitar seat (and see the Dayton’s Bluff album for a charming duo set between Stackenäs and Holm). Much melodic invention; stark, simple arrangements conceal multiple surprises, and the music appears almost effortless, but probably isn’t. Considering only three players are delivering this vaguely melancholic and wistful material, it’s impressive how much mileage they get from just three instrumental voices. I keep hoping for a bit more passion to upset their poise; when they get a little agitated and upbeat, as they do on ‘Collage Casual’, the music simply tends to sound rather twee. Puzzling cover photo-collage is nice. (26/10/2020)