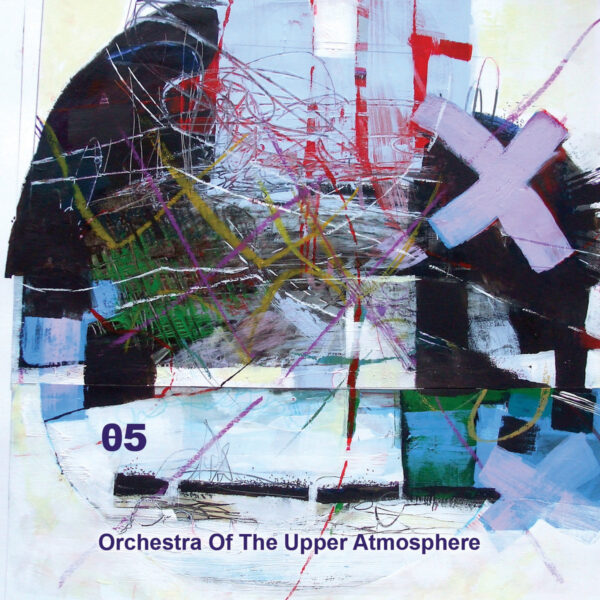 Orchestra of the Upper Atmosphere is Archer’s talented group who always pull off the feat of sounding like there are more players than there are. Here on Theta Five (DISCUS MUSIC DISCUS101CD), an eight-piece of amplified musicians create a maximal effect without needing to resort to loud volume; plenty of rich detail, incident, and musical texture. On their previous outing (Theta Four, noted in 2018), this “improvising rock group” were seemingly keen to experiment with several stylistic modes, while today’s album is more focussed; at any rate they certainly aim for long duration, the better to express the joys of unfettered playing; ‘Changeling’ is a substantial 20:29, but the heavyweight here is ‘Pillared Space’, zoning in with the full album-length 42:03 minutes. Both of these give a tremendous amount of leeway to the players to stretch out and meander, without losing sight of a core structure that keeps everything hanging together.

As ever with Archer, the process of realisation is meticulous, thorough, labour-intensive; a combination of composition with improvisation, and a certain amount of studio editing and arrangement after the fact. This all creates a nice tension between freedom and structure, leaving plenty of imaginary space for the listener to explore. Some fusion-esque elements appear scattered about the nebulous sprawl, and there’s a fair amount of electronic devices bubbling around under and over the surface, including synths, mellotron, software, midi keyboards, the Korg wave drum, and just plain “live electronics”. Some of this project was realised during lockdown in 2020, and the group photograph reflects this isolation, showing a composite of figures collaged in a white room, some of them standing in gilt frames like full-length portraits. Now for some bracing modernism on the Steinway grand. The music on Of Quietude (DISCUS MUSIC DISCUS100CD) was 100% improvised by Dirar Kalash, and yet it’s every bit as dissonant and alienating as any piece of 20th-century serialism, tone-row music, or Cage-inspired randomness. Dirar Kalah of Ramallah in Palestine is a serious musician, working in composition and improvisation, and wrestling with “theoretical concepts”, and his work also manifests as mixed-media, sound installations, or photography exhibits. Not long ago (2018), he played a duo with John Tilbury at Cafe Oto, which I mention as I would imagine the two of them share a bit of common ground.

For this particular record, there’s a back-story about which one would like to learn more, but it seems that Dirar Kalash can’t perform live or even get to a piano very easily. When he came to the UK, he managed to get his hands on a piano at Huddersfield, and Simon Reynell was able to record the encounter. Apparently his long “musical abstinence” was so intense that he just had to improvise, and two lengthy solo pieces are the result. Further, he brought a lot of his own personal baggage and history to the session, and in his descriptive notes Kalash seethes with passion about politics, rifts, and “deep energy”; the thrust of his argument is that he was more interested in expressing these deep motives than he was with simply making music. His use of the word “tectonic” in this context implies that he’s a human earthquake waiting to happen, and while these piano pieces are not as wild as a Cecil Taylor assault, there’s a lot of compacted emotion in the stifled phrasing, the many discords, the staccato approach which betokens a personality who doesn’t suffer fools gladly. 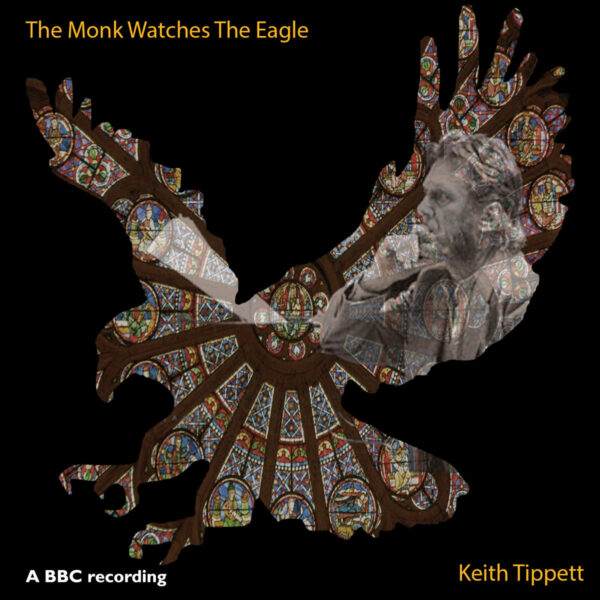 Unexpected discovery of the day is this 2004 concert of a work by the great Keith Tippett, recorded by the BBC and featuring the BBC Singers, plus two teams of saxophone players and Julie Tippetts, who composed the text of The Monk Watches The Eagle (DISCUS MUSIC DISCUS102CD) and was the lead singer. Tippett was mainly known to one and all as a superb jazz / improvising pianist, and as one of the few UK musicians to make interesting crossover inroads into progressive rock (via King Crimson, and his own Centipede), but he was also capable of producing very convincing modernist compositions, one of which is Linückea (a very adventurous blend of classical and jazz forms). The Monk Watches The Eagle is an amazing piece of choral music, in places rivalling my favourite records in this mode by Penderecki, Messiaen, or Ligeti; part 4 especially could easily pass muster as modern devotional music, while still experimenting with strange mixed chords in extraordinary fashion.

Not content with that, Keith Tippett also finds a way to accommodate jazz passages from his massed saxophones; and of course the free-form warbling of Julie Tippetts, who is allowed a generous amount of stylistic freedom on this record. Her text has a semi-religious theme – “the thoughts and reflections of a monk” at the point of death, is how she describes it – and seems to be a work of her own imagination, rather than one modelled on a piece of scripture or devotional text. It’s been quite a delight to discover this, as Keith Tippett is a personal favourite of this listener, and he has produced a work of great originality, sensitivity, and emotional richness.