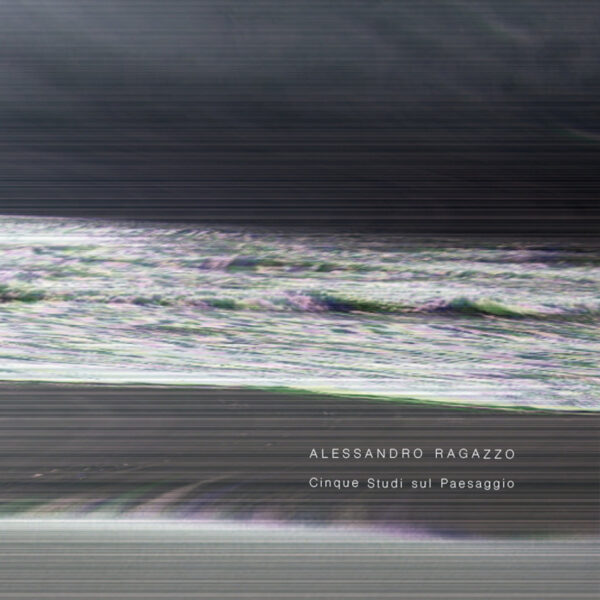 The record may have started life as a fairly conventional “landscape study”, but if I’m reading it right then our man Ragazzo has some intention to subvert this form, to present us with something that’s been “emptied out”…if ordinary field recordings suggest a narrative to us, then AR wants to deny that narrative, and will somehow bypass the challenge of “representing” the landscape completely. This alone seems intriguing enough to ponder. It could be that decades of phonographic / field recording type record have led to an artistic dead end, amounting to little more than banal snapshots of the landscape. Can Alessandro Ragazzo do better? He’s making a very good attempt on this record, for sure. Although recognisable elements captured from the real world may surface on these five lengthy tracks, they are rendered void and almost absurd within the profound changes and reprocessings that are (I assume) taking place, especially noticeable on the first part, which is a small masterpiece of digitised abstraction compacted into 16:58 mins of mysterious where-are-we sound art. I’m not sure how, but I feel like normal listening responses are being ingeniously deflected in some way, enabling us to get closer to the core of truth, whatever that may be.

There may also be a philosophical dimension at play, one which is well over my head, as indicated with a string of names including Céline, Novalis and Schopenhauer; I think Ragazzo’s reading of these works, and interpretation of same, has fed into his compositional ideas in some way. Elsewhere, I read that the composer (who has been active since 1994) has evolved his own personal musical language informed by his understanding of what the landscape “means”, and is also informed by the work of Raymond Murray Schafer in Canada. This particular mover-and-shaker, credited with something called “acoustic ecology” and writer of a book called The Tuning of the World, believes that we have allowed a schism to occur in the modern world, separating the sound from the source of the sound…with this holistic view, it’s very likely he could heal many a rift in modern society, if given half a chance. Until then, we have this record to serve as another useful acoustical map to what is going on. Very good! From 10 November 2020.