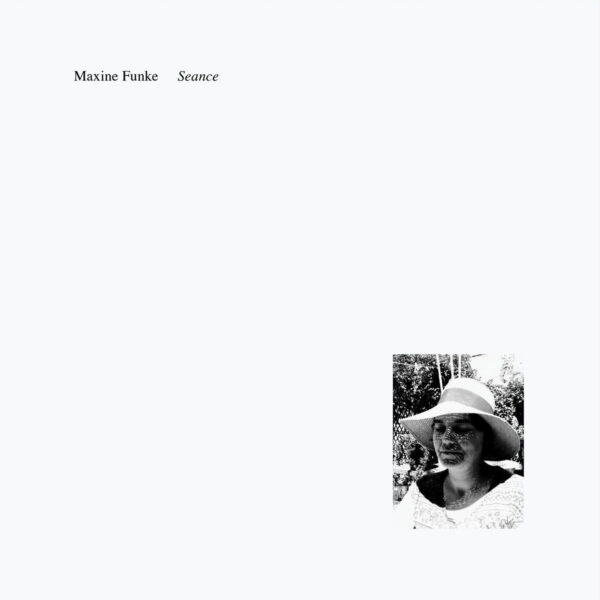 Quietly carving out her own distinct niche as a singer-songwriter over the past decade or so, Maxine Funke has built up a considerable discography with “Seance” being her recent fifth album. This is a short release with Funke’s soft whispery voice and murmuring acoustic guitar being her main instruments with accompaniment from very discreet background percussion and rhythm effects. Song titles like “Fairy Baby”, “Moody Relish”, “Anzac Day”, “Homage” and “Goodbye” suggest concern with the small details of everyday life and the moods, emotions, memories and longings these might arouse. A wistful outlook accompanies most songs on this gentle and tender, almost insubstantial recording. At the same time there’s nothing cloying or self-conscious about this work; Funke sounds as if she’s singing mainly for herself and perhaps one other person, and not trying (let alone straining) to appeal to as many sympathetic ears as possible.

The various songs, short as they are (with the exception of “Quiet Shore”, running almost 8 minutes in length), are perfect in themselves: Funke’s singing and barely-there guitar picking, occasional squeaks and all, do all the work of delineating melodies, establishing mood and emotion, and absorbing the listener’s attention with their very delicate fragility. Additional instruments are unnecessary and would probably ruin the intimacy and tender effects of the music though “Quiet Shore” lasts as long as it does without losing focus or listener attention in part thanks to a looping ambient melody in the background and a dream-like atmosphere. The best example of Funke’s song-writing and very minimal arrangements is middle track “Lucky Penny”, relying almost completely on Funke’s questing vocals which set the melody for the guitar to follow quietly.

It seems astonishing that just one person with a soft, almost hushed singing voice and plucking almost skeletal melodies on an acoustic guitar can hold listeners spellbound through seven songs and yet this is precisely what Funke does.