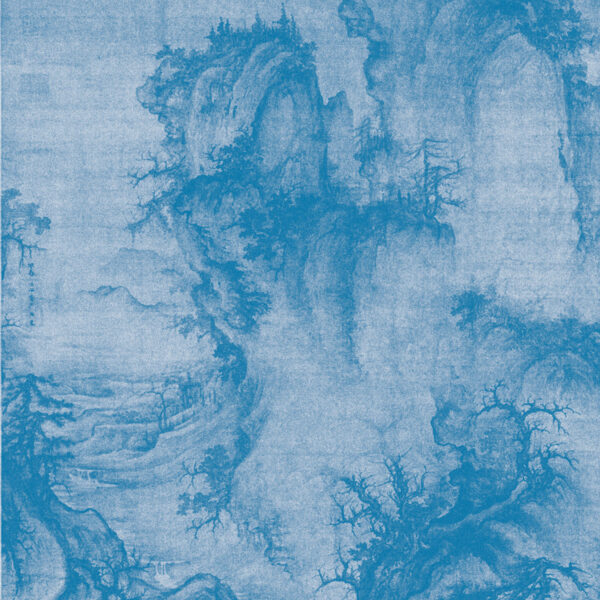 David Shea has had a long and quite extraordinary music career that’s taken him from Massachusetts where he was born in the mid-1960s to New York City (where he joined the free improv scene as a turntablist / collagist / DJ and was mentored by John Zorn among others in various projects and on tours) to Europe and then to Melbourne where he now lives. From the mid-1990s on, his music became focused on exploring the intersection of Western (European) and Eastern (East Asian) civilisations as represented and embodied by the trade networks known collectively as The Silk Road, and the many exchanges and interactions that The Silk Road helped birth. His most recent work “The Thousand Buddha Caves” refers to the famous Mogao Caves in Gansu province in northwest / central China which house some 500 temples containing a treasure trove of Buddhist art, sculpture, murals, textiles and manuscripts in various languages spanning over 1,000 years. The album was recorded at the Melbourne Recital Centre by the Australian Broadcasting Corporation and features ten tracks performed by Shea (piano, electronics, overtone singing, singing bowls, samples, field recordings), his core band of Mindy Meng Wang (vocals, guzheng), Eugene Ughetti and Matthias Schack-Arnott (both on percussion) and guest musicians Oren Ambarchi (guitar), Tamara Kohler (woodwinds), Joe Talia (percussion) and Girish Makwana (tabla drums).

All tracks are highly immersive soundscape pieces richly layered in sound textures yet at the same time possessed of cavernous space that reference the rituals of the religions that spread along The Silk Road (Hinduism, Buddhism, Islam, Nestorian Christianity and even Zoroastrianism, and their various mystical varieties) and hint at the rich cultures that gave rise to and which were influenced by these faiths. Track titles suggest a narrative of an odyssey that tests its protagonists though this narrative may be a figment of my over-active imagination. While much of the music may be languid in its flow, it is very busy nevertheless with something always happening and a new sound or rhythm starting just as a current element or section is ending or on the wane. The tracks that made the most impression on me were “Ritual in the Sand”, a surprisingly noir-ish piece with flute and piano prominent, and “Meditation” with Shea doing eerie and ominously throat singing on its second half. Final track “Another Destination in the West” perhaps best represents what the music strives for: a balance of the various musical elements and atmospheres that have appeared and the synthesis becoming another stage in the evolution of the cultural tapestry begun by the original Silk Road.

The music perhaps tends to be more modest and reserved than it could be, its moods and atmospheres placid even when the pace picks up and drama is called for, as in “Attacks from without”. Listeners may feel as if they’re watching a wuxia film (wuxia refers to a genre of Chinese film or literature featuring martial arts and usually set in ancient times) rather than being in the thick of the action. Nevertheless this is a very intriguing work, challenging listeners’ perceptions about historical cultural exchange and interactions in its own way, and suggesting that what The Silk Road represents is still alive and thriving in current economic and cultural exchanges such as China’s Belt and Road Initiative.