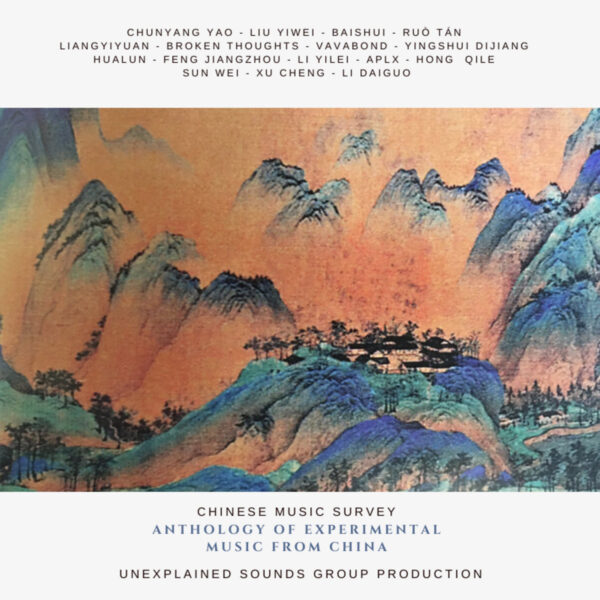 In his project documenting the experimental music universe outside the West, indefatigable USG man Raffaele Pezzella turns his attention to the scene in China. This anthology focuses on both veteran and new artists in the contemporary underground music scene in that nation. The blurb for this compilation states that China’s current experimental music and sound art scene began developing in the 1990s after the Tiananmen Square events in 1989, and Western avant-garde and experimental music was introduced to Mainland China by Hong Kong-based musician Dickson Dee and US-based artist Dajuin Yao through the Internet and music tours and festivals. The opening of contemporary art galleries in affluent cities such as Beijing, Shanghai and Guangzhou encouraged the spread of sound art, sound installations, performance art and multi-media art.

The result appears to be that much experimental music in China, or at least the experimental music that Pezzella has been able to find and collate for this anthology, encompasses genres most likely to be favoured by galleries, museums and other large venues: sound installation, free improv, noise, electroacoustic, musique concrète among others. The scene appears to have developed away from official government and academic scrutiny though one could say that with increasing national prosperity and stability, the Chinese government can afford to tolerate (and indeed does so) independently owned and run art galleries hosting experimental / avant-garde music events in the larger, more cosmopolitan cities.

With this historical and political context in mind, I found this anthology initially interesting but ultimately not all that remarkable. Compared with USG’s previous survey of experimental music in Peru (reviewed elsewhere on this site), this compilation lacks the energy and verve of many of the selections on the Peruvian anthology. Certainly several entries on this release have grace, elegance and plenty of atmosphere, even dark atmosphere. Too many of them also seem to be rather generic examples of their genres and tend to coast along without offering much in the way of surprises or twists. The only track I came across that stood out from the others was Xu Cheng’s gritty, glitchy electro-noise piece “Music for metro train”, coming near the end of the album.

This compilation was a disappointment especially as more than a decade ago the Sub Rosa label put out a 4-CD set of experimental / avant-garde music from the Sinosphere (China, Hong Kong, Taiwan, Singapore, Malaysia) and an update is most certainly overdue for this particular compilation. USG’s offering comes across as a meagre though very refined and subdued footnote.