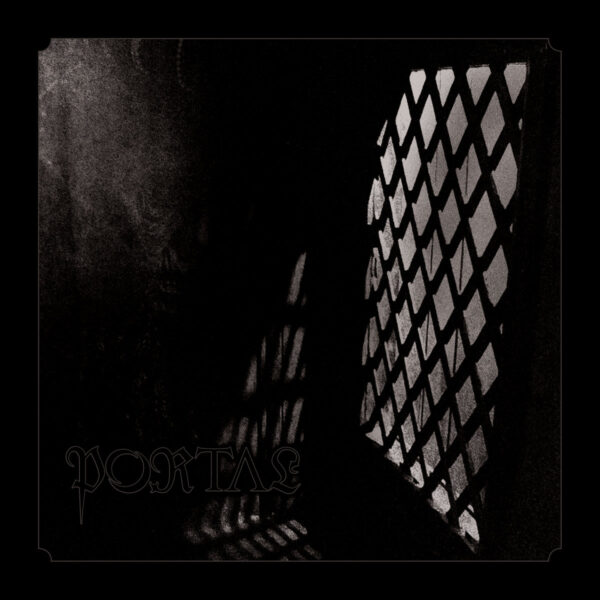 If there’s one thing consistent about Brisbane-based death metal band Portal, it’s that this fearsome fivesome has been plying its brand of atmospheric cosmic-horror experimental death metal to the utmost since these guys first met in unholy musical communion back in 1994. I confess I haven’t heard very much of Portal’s output which I understand has varied from far-out extreme to very far-out extreme over the band’s past 25 years. Portal’s sixth album “Avow” definitely falls somewhere within that range – from start to finish it’s a sterling effort in full-on grinding death metal lava outflow with fluttery hordes-of-metal-hornets guitar scrabble, manic percussion and crazed demoniac grunting and growling.

Opening track “Catafalque” sets the tone and pace for the album to follow: over a continuous steaming outpouring of corrosive guitar lava on fire, the Portal men sculpt the most demented tremolo-guitar riffs of giant demon insects overdosing on stimulants over thudding drumming rhythms and iron foundry percussion, all topped by incomprehensible lyrics not so much uttered as crushed and ground out by a giant bloated amphibian trapped under the immense pressure of molten rock in Hell somewhere at least 25 kilometres below ground surface. The music is relentless with each and every musician obsessed with following whatever devilish sprite calls to him and which he is unable to resist. Molten acidic guitar noise rains down and the clanging, banging sounds of an infernal foundry are almost continuous. There is not much relaxation on next track “Eye” apart from the cacophony slowing down a bit as the song progresses – but then the pointillist guitar music begins to reveal the full extent of its inner mania with layer upon layer upon layer of grinding guitar grit seeming to grow and expand and display each and every particle whirling within the continuous storm, never able to leave but condemned to continue whizzing in a giant sound tornado for eternity.

With each succeeding track the storm does not change a great deal – it’s what the Portal men do in shaping the continuous layers of sound that, in the way they change rhythms and beats and use those changes to give songs the individuality they need, that makes the album a unique death metal beast. The production on the album may blunt the sharpness and raw quality of the music but at the same time it’s dark and gives the music the feel and flavour of being an archaeological artefact buried underground for perhaps 250 million years and only recently dug out of the ground. Released from its icy tomb, the music not only warms up fast but spreads its suffocating hell atmospheres, the jittery tremolo chords, the steaming guitar fry and the guttural swamp-monster vocals to the far corners of the planet. Each succeeding song piles on the horror and intensity of a sound universe where life on our planet is menaced by unseen forces arriving from distant galaxies and preparing to take over Earth by wiping out humanity with means far beyond human understanding.

Middle track “Manor of Speaking” adds a wicked lead guitar melody, the sounds of which resemble metallic dragonflies in full crazed flight, their wings beating furiously and thrumming up an insane noise. “Offune” is an interesting track: more droning and atmospheric, with blasts of noise cloud and apocalyptic beats shaping the music. “Bode” gives listeners a small respite by including slightly conventional melodic death metal song elements in parts but this is only to give us all a false sense of security before the onslaught of final track “Drain”, guaranteed to suck out your vitality like a psychic vampire with its desolate and mesmeric droning guitar ambient sections and parts where the relentless guitar layers, through repetition, achieve a true immersive and hypnotic feel.

In its sheer mania, powered by truly inhuman forces, “Avow” is an impressive work mixing blackened industrial / death grind with deeply alien atmospheres reeking of hostility and danger. The music appears primitivist with all songs sounding much alike, sharing as they do a constant guitar-grind ambient background, and listeners need to dig down deep beneath the blizzard within each song to discover changes in details of the overall sound in each song. The album might not come across to most people as making much sense but repeated hearings will reveal some structure in nearly all songs. Dissonant guitar chords may reinforce an impression of the music as difficult to listen to, and the dense, murky nature of the music does not help in this respect.

If you were to drill down deep enough into the Earth’s mantle and put down microphones able to withstand the immense pressures and heat to record the music in Hell, it would surely sound much like what Portal deliver here on “Avow”, only it would be continuous and magnified a hundred times over in density and volume at even more insane speeds.