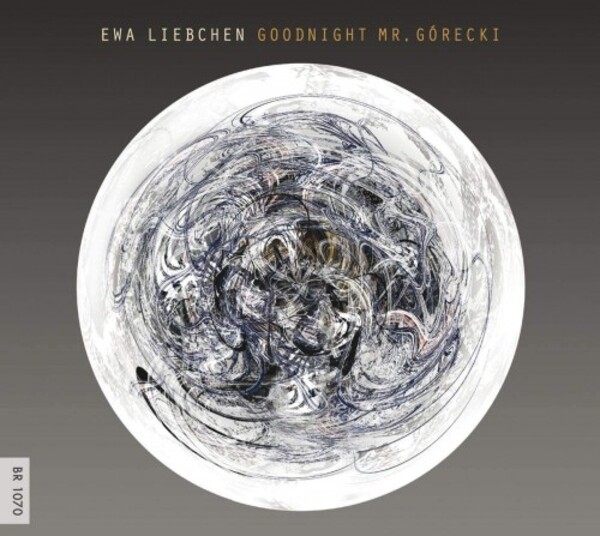 The great Polish flautist Ewa Liebchen impressed us mightily with her solo record Electric Sheep in 2018, where she went the extra mile in her interpretations of contemporary classical music (plus a bold version of a Kraftwerk tune). She’s here today with Goodnight Mr Gorecki (BOLT RECORDS BR1070 / DUX 1705), which is mostly her renditions of compositions by the composer Henryk Mikolaj Gorecki, played with the help of Emilia Karolina Sitarz on piano.

The Bolt Records label has, I think, a mission to promote all forms of Polish modernism (both contemporary and historical), and it makes perfect sense for them to showcase Gorecki, one of the “success stories” from that country; I refer to the general interest in the so-called “holy minimalist” strain of modern composition, which flourished during the 1990s with an audience evidently hungry for some form of spiritual content. It was a vague term, I might add in a haughty tone, often including musicians and music that wasn’t especially religious, just so long as they projected a vaguely mystical vibe. Arvo Part was one the names tarred with this brush, Gorecki was another. This is in spite of the fact that in the 1950s and 1960s his music was much more dissonant and severe, influenced by serialism and rigidity of the Webern formula, and could be legitimately mentioned in same breath as Luigi Nono, Stockhausen, and Penderecki.

The centrepiece on today’s record, ‘Good Night’, is not from this dissonant phase and was composed in 1990, scored in three movements for flute, piano, tam-tams and a soprano voice. For this part of the record, Liebchen and Sitarz are joined (for the third movement) by percussionist Hubert Zemler, and vocalist Barbara Kinga Majewska (who we heard on the very impressive record of Polish Christmas songs, Taratil Id Al-Milad). This ‘Good Night’ is highly accessible, serene and meditative music with nary a jarring moment to disturb its tranquil, yet melancholy, mood; this might be the piece to turn me towards a deeper investigation of Gorecki’s music. Where Liebchen’s solo record seemed to be trying to prove something, delivered with a certain panache, this recording seems more mature and assured, treating the score with respect and deliberation. For long stretches, the piano is called on to deliver simple repeated patterns, and I’m impressed here by the very natural way Emilia Karolina Sitarz plays this music without shrouding it in semi-mystical significance, as some interpreters of Morton Feldman tend to do. Ewa Liebchen’s flute on ‘Good Night’ is imbued with much constrained emotion, without being sentimental. When the voice of Majewska appears on the third movement, it’s even more affecting, adding a gloss of poetry or narrative to the mysterious nocturnal theme.

The record also contains two other Gorecki shorts, ‘Valentine Piece’ and ‘For You, Anne-Lill’. The latter is a 1986 miniature originally dedicated to a Norwegian flautist which the composer heard performing; this may account for why it feels a bit like a showcase for a wide variety of flute-playing skills, which Liebchen pulls off here without calling attention to herself. Also here, a work by the percussionist Zemler called ‘Good Luck’, played by all four musicians, which is certainly accessible and whose fragile and ambiguous mood fits the rest of the album, but I’m not feeling the same rigour or intellectual strength in its structure, which uses repetition a bit aimlessly. Even so, the four players turn in immaculate performances. A fine release; it’s interesting that there are no interpretative and lengthy sleeve notes, a trend I’ve noticed on many previous Bolt Records releases; evidently it’s something that doesn’t sit well with their general plan. Instead, we have three short lines of poetry by Kobayashi Issa, the 18th-centruy Japanese Buddhist poet. Arrived 30 November 2020.