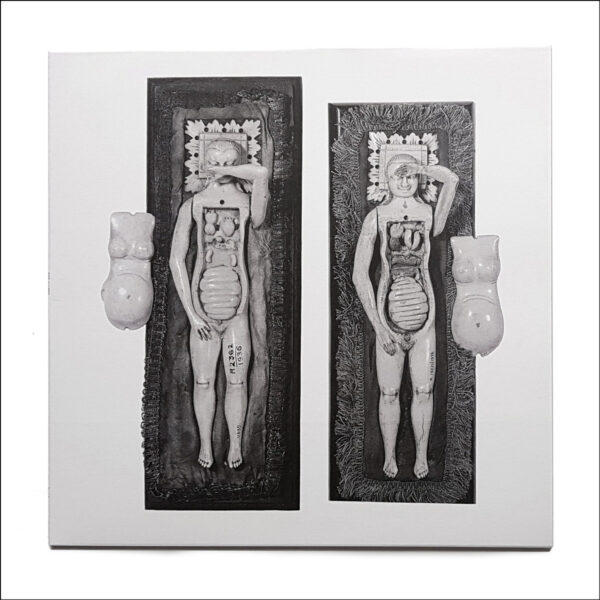 Superb album of art music from Valentina Magaletti and Marlene Ribeiro…Due Matte (hop4) comes to us from the UK label Horn Of Plenty, which also brought us the very fine Moniek Darge album in 2020. This is one of those elusive items which will prove well-nigh impossible to buy should you want a physical copy, although I see it has been uploaded to YouTube; originally released in July 2020 on a cassette by Commando Vanessa in Italy and immediately sold out, this vinyl edition is a limited 250 copy pressing with the usual high-quality artistic presentation which this label handles so well.

The story of it is that the two players performed at a workshop in 2019 at Porto; the “Hysteria” project was evidently striking a blow for feminism with its percussion workshops led by women. Magaletti and Ribeiro played a number of unusual objects, including items not normally associated with percussion or music, plus there were horns, DIY electronics, bowed bowls…and junk picked up from the streets of Porto, an action that arguably places these players in a line with MEV and their olive oil drum found in Italy. The tapes – apparently recorded on a smartphone – were brought back to London, to be subjected to some studio treatment, including much reverb, echo, editing, and such. At some point the intoning voices of the women, dropping in poignant texts of much import, were added to this “concrete cauldron”, as the press notes call it. In fine, Due Matte is a species of electro-acoustic treatments based on live performances, but to add to the delirious joy of it one senses that the original percussion pieces were pretty far-out to begin with.

Our friendly label owner compares the results to (among others) the records of Tools You Can Trust, that 1980s Manchester group who used to hammer canisters of gas as part of their act, but I can hear a stronger resemblance to the first Residents album. On that item, and indeed on Santa Dog, the San Francisco geniuses were discovering the joys of applying too much reverb to drums and percussion, and the unpredictable / exciting artefacts that could be generated. However, in the case of Valentina Magaletti and Marlene Ribeiro we have a lot more subtlety and craft in the whole thing; the playing may deliver wild sensations, but it’s done with care and evident highly-polished performing skills. Likewise the editing and studio treatments have a real grace and genius behind them, liberating the imaginative sensibilities of this pair, and finding poetic expression and form for their ideas. 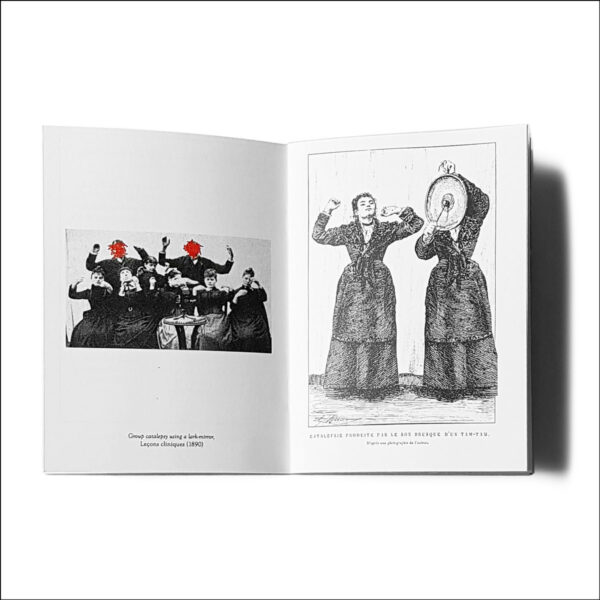 In terms of the themes and messages behind this work, the keystone is the phrase on the back cover, “dedicated to all women who are or have been victims of patriarchy”. To engage with this strong and important subject, the creators reach back into history to deconstruct the word “hysteria” and all its associations; it’s long been applied in psychology and medical science to account for states of mental illness and, because of the derivation of the word from the Greek term for the uterus, often associated with women. As evidence of how the dominant patriarchal forces have used this hypothesis to keep women under control, there are numerous 19th-century medical photos inside the booklet of texts and collages showing unusual physical reactions from women, captioned as suffering from catalepsy or photophobia. Interestingly, at least two of these images involve sound produced by percussion – a tuning fork or a gong. To make the point even more clearly we have the very striking cover image of anatomical figures carved in ivory (incidentally provided from the Wellcome Trust collection in London). Two women with their internal organs on full display; you couldn’t get a more evocative image, and one that cuts to the heart of what’s going on inside this record.

In naming the LP with a title that translates as “Two Crazy Women”, Valentina Magaletti and Marlene Ribeiro do a tremendous demolition job on this still-pervasive assumption about human behaviour, and they do it by tackling it from the inside, presenting a critical artistic vision through music, texts, images, and oodles of imaginative force. The vocals in particular have been compared to “incantations”, chants against the Enemy; the hypnotic drumming reinforces the message. In its oblique way, this amounts to a very powerful and potentially subversive feminist statement, which must be applauded. I would love to hear them develop the idea a stage further, and do something to debunk the notions behind witches and witchcraft, for example. I know nothing about the artistes, but I find that Marlene Ribeiro has also recorded as Negra Blanca and is a member of a noise collective in Manchester called Gnod. Valentina Magaletti has played with London Improvisers Orchestra, and with Steve Beresford, and is a member of Vanishing Twin. I’m sure it will be worth your while seeking out more music from these tough-minded geniuses. A superb releases – hear it any way you can. Arrived 30 October 2020. 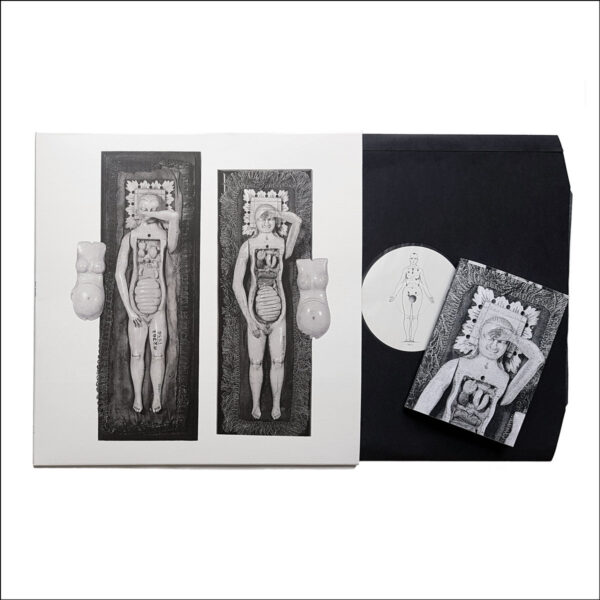