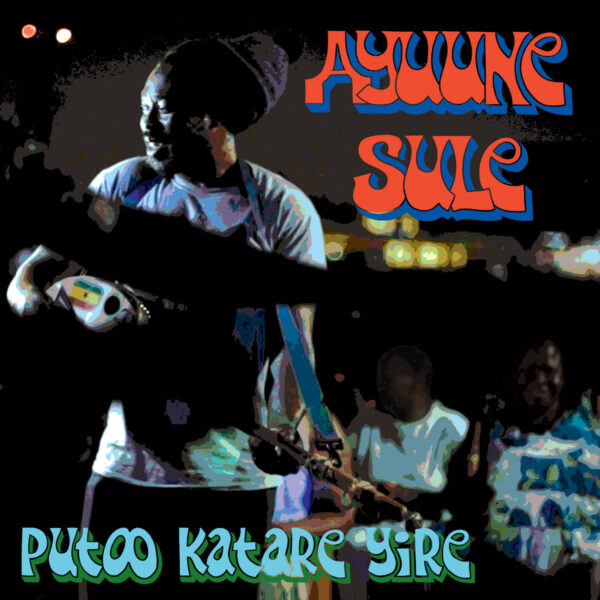 Its name translating from the artist’s first language Frafra into English as “Wickedness Has No Home”, this second album from Ayuune Sule is a light and lively work expressing hope and optimism for the future. Sule hails from Ghana’s Upper East Region and his main instrument is the kologo, a double-stringed lute-like instrument made from a calabash and (under different names) played across western Africa by different ethnic groups. In a recent review of Samba Touré’s album “Binga”, released in 2021, I mentioned that one musician who performed on that album played an instrument called ngoni: this is a very similar instrument, also made from a calabash, but with a different number of strings.

The songs on “Putoo Katare Yire” emphasise the lyrics which can be didactic in intent but they have an energetic and exuberant delivery with dance rhythms. Much of the singing is done by individuals and choruses bouncing lyrics back and forth: the song “Don’t Be Lazy” is quite typical with no one person dominating the singing or the calls, and everyone having a turn while percussion-dominated rhythms play along. The music is minimalist in style with a clean production that allows all instruments (which can vary from one track to the next) to be heard clearly beneath the singing. Each song has a lesson to impart to us all: “Yelemeghre Kalebona” (“No Truth” in Frafra) refers to the necessity of knowing the truth if mainly to survive in societies where politicians lie and rob the people they govern; “Fighting Music”, in which Sule’s vocals are treated with slight effects, advocates using non-violent means to convince your foes of the correctness of your message; “Yaalima Nyaane Yoo” (“Madness is better than death”) might be considered a call to treat one and all equally as brothers and sisters.

The rhythms and beats on this album bring zest to the music as does Sule’s impassioned singing, and some of the minor instruments featured on some songs add interesting if sometimes soft textures to the music. The mood is always positive while the album seeks to instruct and provide moral lessons which the more cynical and world-weary among us can still enjoy though they may be aimed at younger audiences drawn to the cities and cosmopolitan urban cultures and values from more traditional societies.