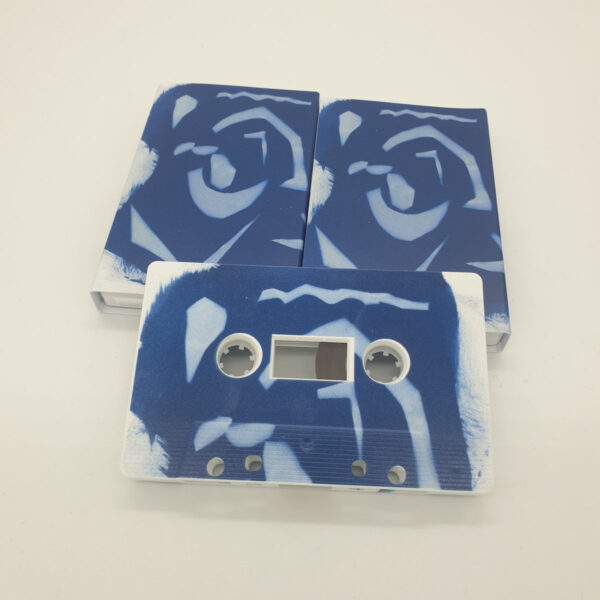 Got a couple of new cassette tapes from Blue Tapes, the Surbiton label which, as is slowly dawning on me, opts for a very unified presentation of blueness in both packaging and titles for its releases. The first of these is Blue Thirty-Six, made by the team up of Stuart Chalmers and Claus Poulsen, a highly effective duo of rattling noisy experimenters who regaled us with the dreamy Fictions In The Age Of Reason tape not too long ago. Chalmers is English, Poulsen (from Star Turbine) is Danish, but they speak a common language of bric-a-brac, distortion, and hands-on assembly of music fleeced from the try-anything junkyard of the mind. Apparently this latest nine-track outpouring of detritus was made using a Casio keyboard and tape loops, along with some parts played on the swarmandal (the Indian harp famously played by George on ‘Strawberry Fields Forever’); what fascinates here is how the tape starts out quiet and unassuming, then gradually gets more demented, cluttered, and unhinged as the creators progress down the slippery slope towards true cosmic madness. The track titles allude to imaginary worlds and kingdoms, and more than once refer to trippy acid-fried and drug-addled visions. Chalmers and Poulson don’t deign to play tunes as such, but this is a decidedly accessible form of noise-music, laced throughout with fragmented melodic moments and dreamlike drones, to assist the listener with a floating experience in the fur-lined clouds of mystery. 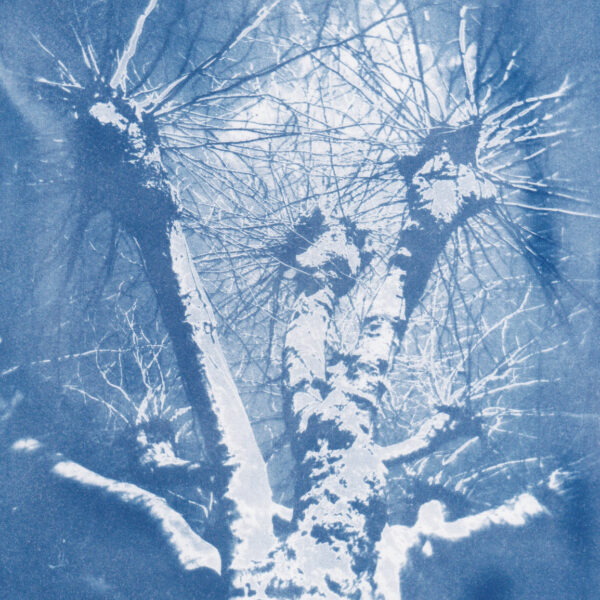 Blue Thirty-Seven is a much shorter item, serving up just over 15 mins of music, and is split between two acts. Hey String are a Korean trio who play ‘Firefly’ on the glockenspiel and the gayageum, a form of zither with 12 strings that’s native to that country and not unrelated to the Chinese guzheng. Because of the lilting ellipsis in the percussion playing, we’re invited to hear echoes of Steve Reich in this ingeniously compacted piece, and savour the combination of New York minimalism with Eastern flavours. Granted, and while one admires the very exacting precision of playing here, somehow it’s lacking the compositional strength that might make it more memorable. The musicians evince virtually no personality in their playing, or even enthusiasm for their task; that’s not actually intended as a slight, just an observation on their presentation and style.

I was more won over by the two unusual and concise songs ‘Sisu’ and ‘Overmorrow’ by Anna Homler and Elizabeth Falconer. Homler’s an American vocalist who might be better known to you under her Breadwoman guise; active since 1982, and it’s to my shame I never heard her work before. Her career seems to have been one of blurring edges within the performing arts, and asking difficult questions about the nature of language and communication. All I know is, she sings here with a breathless urgency on ‘Sisu’ that commands you to sit up and pay attention to something of high import, while on ‘Overmorrow’ there’s a steely assurance and calm. She’s not singing in English, but her intentions come across as clear as a bell. Falconer is likewise American, plays the koto, and is also a composer; her koto work here has much the same precision as exhibited by Hey String on their instruments, but if you want passion, dynamics, and invention in your music, then Falconer wins hands down. If this had been issued as an EP on vinyl, I’d have put these two talented women on the A side.