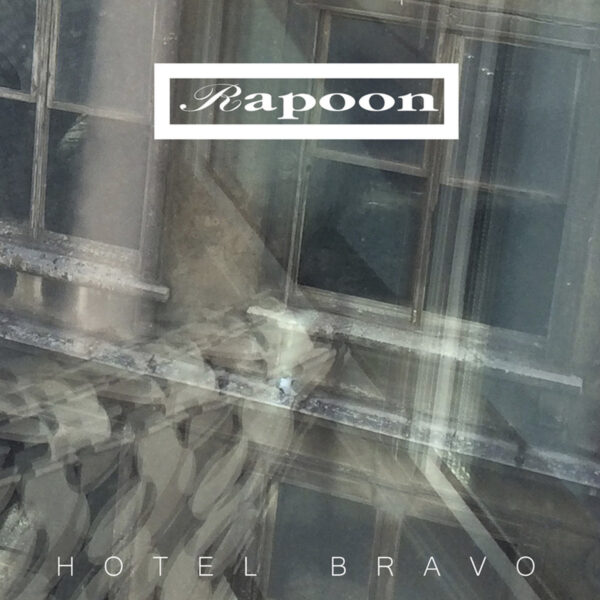 Regrettably, the Oxford English Dictionary fails to recognize ‘Rapoon’ as a legitimate word type thing, so… for the benefits of this review, I’ll tweak things a little and make it a shrunken composite (?) of RAPunzel’s harpOON. Which conveniently suggests a mixture of the remote, the beguiling and the deadly. Over time and with all of these personality traits present in varying degrees, this ethno-ambient project, masterminded by Robin Storey, has punched the clock with euro heavyweight imprints such as Staalplaat, Soleilmoon and Beta-Lactam Ring. Even now, it’s surprising to realise that Soviet France, Storey’s altered ego from times previous, has been mothballed since 1992 (!) and has now been thoroughly overshadowed by the sheer weight of releases by its successor. Though even now, it’s still difficult to shake off memories of France’s bizarro packaging, ahem, concepts. Hardboard and roofing felt anyone? Take that Durutti Column with your flimsy sandpaper sleeves, that’s purely sub-dada! Mercifully, like most other examples of advanced rapoonery on offer, the phonetically-inclined Hotel Bravo is decked out in the finest digipak, fronted by a smeary photographic montage of decrepit buildings, on their very last legs. The aim of the eight pieces here being to evince a building’s neglect and decay over time, inevitably visited by the spectres of transient businessmen and tourists, in which the lines between work and pleasure can be become blurred.

As an old hand at impressionist sound-scaping and mood manipulation, Mr. S, as you’d expect, acquits himself manfully amidst the digital/analogue tech surrounding him. There’s the very evocative film noir playlet acted out on “Hotel Paris”, followed by a number of Indian scales mixed in with spaghetti western samples on the jokily named “For a Few Sitars More”. To cloud the atmosphere somewhat, “Oyamma” contains a considerably disconcerting 16 rev voice loop which is (slowly) crying out for use as a supernatural thriller theme… Add to all this, the poignancy of “In Lights of Gold” and the Budd/Enoesque “In Cement Garden” (a tip of the cap to author Ian McEwan?) and we have a certain something that’s easily the equal of anything found on the Venal Crossing and Fallen Gods c.d.s (two of my personal favourites on Staalplaat). And to think that some people out there still settle for Public Service Broadcasting as their ‘picture music’ default!

Behavioural problems aside (though I still worry for the bellhop), even ‘Heartbreak Hotel’ (down Lonely Street, you can’t miss it…), enjoyed some human interaction. However here, we seem to find ourselves at the stage just a moment before the wrecking ball makes its presence felt.