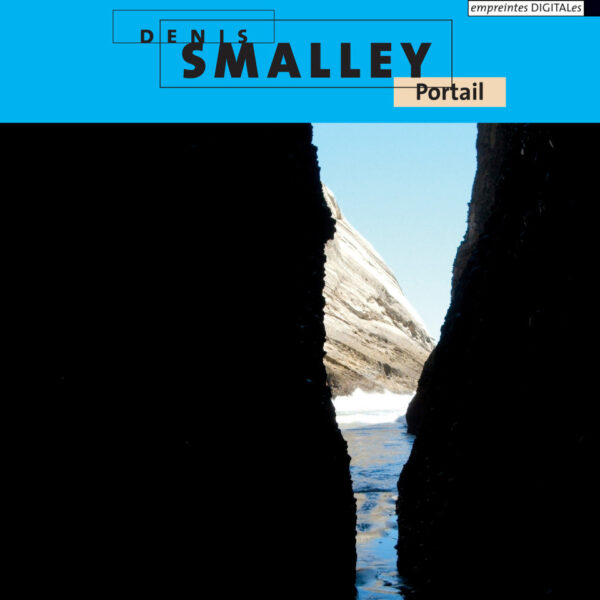 The release schedule of Canadian label empreintes DIGITALes – electroacoustic music specialists – continues apace. Keeping up pace and penchant for excellence, this pair from 2020 arrive in empreintes DIGITALes’ customary card wraparound, but subtly differentiated by colour scheme and subject matter, spanning everything from abstract philosophy to concrete studies of instruments. Fascinating as these documents often are though, they are not above criticism. For one thing, given how standardised the tropes, techniques and themes in circulation, there is a risk of uniformity between practitioners, although on a good day it’s easy to lose oneself in the dynamic vortex. The tension between these positions informs my listening to today’s CDs.

Another problem, specific to releases of multi-channel music, is that they are better suited to live settings than the home, so these CDs can only hint at the mind-boggling experience of listening in situ. That said, the recordings are resplendent in their own charms. Denis Smalley‘s Portail makes for particularly immersive listening as it deep dives into the waters of Claude Debussy’s ‘La Cathédrale Engloutie’ (‘the submerged cathedral’) in the second part of its centrepiece, ‘Fabrezan Preludes’ (2015-16). In the custom of many diverging interpretations of this piece (Isao Tomita and John Zorn among these), Smalley deftly repurposes the source material by setting some of the piece’s ‘resonant chords’ adrift in an underwater realm of ‘Debussian intervals and scale patterns’, where even the dim performance of an organist (Smalley, presumably) assumes a naturalistic character.

The hazy image of the organist originates in Smalley’s early musical training in New Zealand and in 1970s Paris, when he studied church organ under no less an authority than Olivier Messiaen. The same period saw him learning the tools of the fixed medium composition trade at GRM studios, and was followed by a move to computer composition – and the UK – in the ’80s, wherein the seeds of Portail could be said to have been planted. Since then, Smalley has released only sporadically, but the respectable quality of his work as well as his prestigious associations attest to the kind of pedigree that distinguishes practitioners in this field.

The other ‘Fabrezan Preludes’ exhibit similar preoccupations with water and meteorology (vapour clouds, storms, rainfall, tidal currents), evoking parallels between numinous inner spaces and those of nature, and a similar act of ‘engulfing’ occurs in the other highlight, ‘Sommeil de Rameu’ (‘Rameau’s sleep’; 2014-15). Herein, faint, sunlit memories of Smalley’s church organ studies glimmer through another undulating, underwater dream in glistening modal phrases. So hazy and dreamlike are its slow, lilting lines of ‘airy instrumentation’ that I actually mistook this for the Debussy piece on my first few listens.

By contrast, the 12-minute closer (‘The Pulses of Time’ (1978)) could pass itself off as a lost cousin to Aphex Twin’s ‘Bucephalus Bouncing Ball’. Preceding the preceding pieces by over four decades, Portail‘s outlier is an ever-shifting flux of pulses, plucked and percussive, from a battery of incognito sound sources, alongside ballistic shards of atonal matter from clavichord, EMS Synthi and such. Smalley categorises these pulses into 3 types: slower ones to establish pace; those more accelerated to accentuate iterative variation; and finally ‘compacted pulsing grains’ for texture. While standing out like a sore thumb from the rest of the collection, this shuffled deck of rhythmic variations adds a wild card element to proceedings, lest the listener become too complacent in the sacred confines of Debussy’s cathedral. 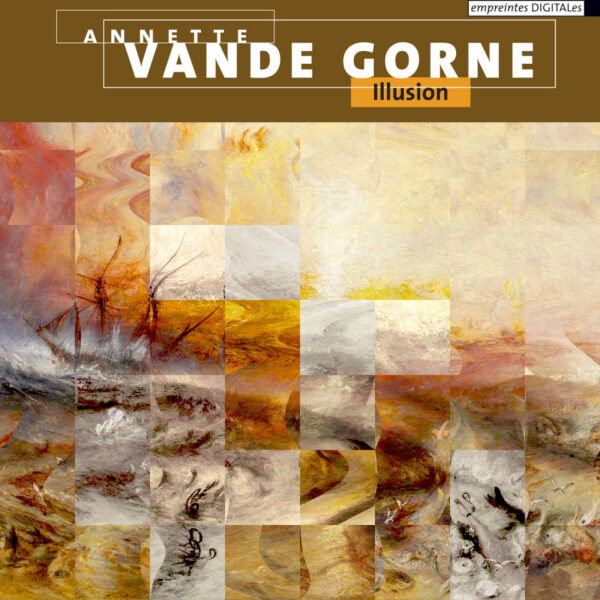 The Obsolescence of Memory

Like Smalley, Annette Vande Gorne‘s compositions probes sound sources such as water to dissolve the walls between inner and outer worlds. As a former student of Pierre Schaffer, and devotee of François Bayle and Pierre Henry, she discovered in electroacoustic music the revolution that her extensive conservatory training had failed to provide, and has since gone on to promulgate it in universities and installations around the world. Illusion epitomises many of the above tendencies, but draws musical performance and spliced sound into tense proximity from the first piece. Driven by the manipulation of what Vande Gorne terms a ‘sound body’, with a seemingly organic flow of disparate sources triggered or mined by the attentive ‘musician’, ‘Au-delà du réel’ is a polyphonic narrative in which internal and external events become homologous: a freeform current of bells, running water and percussion, swished around the inside of an inverted hippocampus till rinsed of the human artifices of time and logic. Bells are used, not to evoke spatiality, but for their traditional function as a summoning device, for the listener to attend to the quickly changing currents of memory.

‘Déluges et autre péripéties’ continues the poetic bent of Gorne’s previous release, Haikus, by showcasing the work of Belgian poet Werner Lambersy. However, where once drawn to the playfulness of the fixed structure Japanese poems, here Gorne is compelled by the horror of Lambersy’s poem, and its claim that ‘death is the only way for our civilization to be reborn under different auspices’ acting as a troubling reminder that as bad as the present day seems to be, things can still get worse. Thus, Gorne projects onto the droning background of this multi-stage, epic psychodrama a mood of visceral horror in which every manifestation of the human voice is collaged into a multi-vocal sound salad of screams, cheers, cries, shouts, narration and more, like Mike Patton’s Adult Themes spray-painted over Michel Chion’s Requiem.

Finally, ‘Faisceaux’ appears in two versions, the first fully ‘acousmatic’, the second adding ponderous piano chord progressions that might set ears of Anthony Pateras / Oren Ambarchi fans twitching. The first uses gentle oscillations to pull the ears through viscous air in which a distant piano reverberates into forehead in variations that insistently probe the combination lock to the dreaming mind. The ‘version mixte’ assumes a more dramatic scale, shifting between dense atmospheric dynamics to a point of chaos in which the ‘fixed’ piano enters what sounds like full-blown improvisation, closing with a dissonant, post-Feldman syntax. The complexity of the pianist’s (Ana Claudia Assis) challenge of accompanying the electroacoustic section till becoming, as Gorne sees it, a soloist, is belied by the apparent linearity of this trajectory, but Gorne assures us that it is anything but.