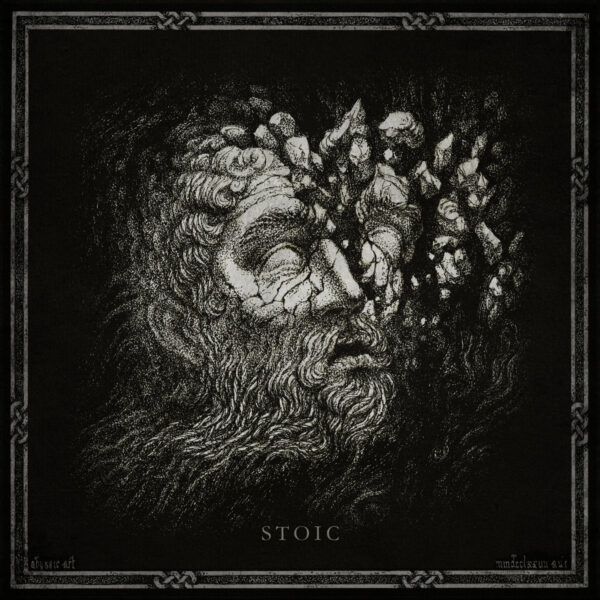 Just as their name suggests, Crust have an impressively powerful sound, deep and foot-crunchingly gritty especially when their riffs start speeding up and cutting short into jagged blocks of concrete-slab sludge doom texture. Appropriately as well, given that this is the Russian trio’s third album which the musicians recorded during lockdown conditions, “Stoic” proposes that in times of extreme hardship and stress, when situations we have long taken for granted are upturned and the future is uncertain, we must stay true to our values and the path we have taken, and persist until we have achieved wisdom, truth and enlightenment no matter how dark our path is and how many fall by the way.

The album was recorded in April with an older line-up that featured ex-drummer Igor Prokofiev (since replaced by Roman Romanov) and stalwarts Vlad Tatarsky on guitars and Artur Filenko on vocals and bass. “Stoic” shoots out of its starting gates with speedy blackened death doom in its title track with Filenko gloating away in a horrible guttural rasping voice. The band settles in what I presume is more familiar slow-paced territory in “Watching Emptiness”, a blackly sombre atmospheric BM / psychedelic doom song of machine-like background tremolo guitars, prowling bass, thumping drums and oily lead guitar that observes how, with the passage of time, things eventually die or erode and return to nothingness. The band then segues into “A Blind Man in Darkness”, a more straightforward, steely and rhythmic melodic blackened doom song that might serve as a single release with its message urging belief in oneself and one’s destination.

After the quiet mellow “Willow Forrest” interlude, consisting of solo acoustic guitar, the album goes into a cold doom-laden phase with “Plague” and “Darkness Becomes Us” where slow rhythmic passages of repeating riffs suddenly erupt into spurts of blast-beat aggression or howling lead guitar in the background shadows. The vocals become a bit cleaner if more anguished and tortured on “Darkness Becomes Us” as though even the Crust men themselves are starting to doubt their own message during this arduous part of the album. “Anhedonia” (the word refers to the inability to find pleasure or satisfaction in normally pleasurable activities) is a criticism of hedonistic consumerism in a mix of slow thumping atmospheric blackened doom and dark ambient psychedelia.

The most impressive and perhaps terrifying track on the album, the closer “Desert”, is entirely instrumental, a dirge of sprawling blackened psychedelic doom that might serve as a back-handed commentary on the album’s theme, a warning perhaps that even following your own path and values can end in nothingness – if that path and those values lack authenticity and are rooted in shallow ideals. The music sounds very much like a lone howl in an ever-stretching dark cosmos, ranging far and wide in search of light in spaces where suns have died and galaxies collapsed in black holes. When the album ends, listeners may find themselves in a state of cliff-hanging limbo: not a comfortable place to be in and for some people, not a great way to end an album. In the context of its themes though, I find the album’s open-ended nature a fitting closure.

For an album that sticks closely to its fusion of melodic blackened death doom with ambient and psychedelic space elements, “Stoic” turns out varied enough that most songs have their own musical identity within the overall style and no two tracks are the same in their mix. The album’s early half steer close to alternative mainstream atmospheric blackened doom while later tracks in their punishing endurance tests sort out the true sludge doom believers from the common herd. A clear if austere and unforgiving vision, a dark and expansive sound universe, good song-writing and consistent, restrained musicianship make this album a surprisingly enjoyable – if not soothing – listening experience.