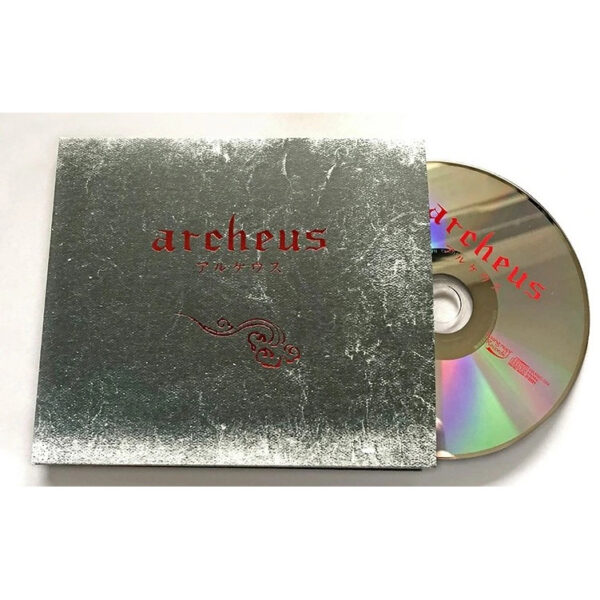 Remarkable set of studio improvisation from the small group Archeus on their self-titled record (HAANG-004) from Haang Niap Records. This arrived from Tokyo courtesy of the band’s hurdy-gurdy player TOMO, and he’s joined here by the vocalist Keiko Higuchi and bassist Shizuo Uchida.

Keiko Higuchi we heard as one half of Albedo Fantastica, whose 2019 record Culvert And Starry Night continues to amaze. Shizuo Uchida had the rare distinction of playing with Keiji Haino as part of Nijiumu in the 1990s, and he’s active in some half-dozen bands right now, all of whom sound worth investigating, such as Galactic Abyss; he might be one of those omnivorous Japanese musicians who delights equally in psychedelic rock, noise, and free improv, refusing to draw lines between genres. TOMO is the name that unpacks into Transcendental Organic Magical Objective, and this fellow has made at least two records as part of the group Tetragrammaton with Nobunaga Ken and Cal Lyall. He mostly played saxophone for that sprawling long-form combo, but here it’s 100% hurdy-gurdy droning performed with much sensitivity and mystical musings.

Four long tracks here explore the cosmic unknown and combine musical forms and styles in incredibly bold ways – among their avowed selling points are “vocalisation of a forgotten and nameless language” and “interplays of discordant masses of sound”. But they also manage to negotiate that tricky area that lies between restrained discipline and free-form adventurousness, thereby creating music of extraordinary reach and emotional depth, without once descending into mindless drone or self-indulgent clatter. The three players breathe as a single organism, going beyond extra-sensory communication. I enjoyed the high drama and increasingly intense passion of ‘Where The Waving Nerves Go’, which builds into an exciting episode of speaking-in-tongues trance state music that verges on the terrifying; you may prefer the slightly more calming mood of ‘Basked In The Black Sunshine’, with its vaguely “epic” sweep suggestive of ancient monks or feral warriors making their way across some mythological plain. At all times, the music of Archeus transcends the musical instruments that produce it, the musicians reaching deep and aiming high to generate unusual and unfamiliar sounds; to say nothing of the bizarre vocal mutations of Keiko Higuchi, who at times seems to be transforming herself into a shamanic monster from ancient Persia the better to deliver her cryptical texts.

Speaking of which…the texts of this record have been partially derived from the writings of Koizumi Yakumo, the 19th century Japanese writer of Greek-Irish descent (he was also known as Patrick Lafcadio Hearn). Specifically the 1904 work Kwaidan: Stories and Studies of Strange Things, a collection of ghost stories collected from Japanese folklore. This information can’t help but inform the listener’s “reading” of this record, which is redolent with unknown mysteries from beyond the spirit world. Recommended! From 28th January 2021; a cassette version is also available from the same label.