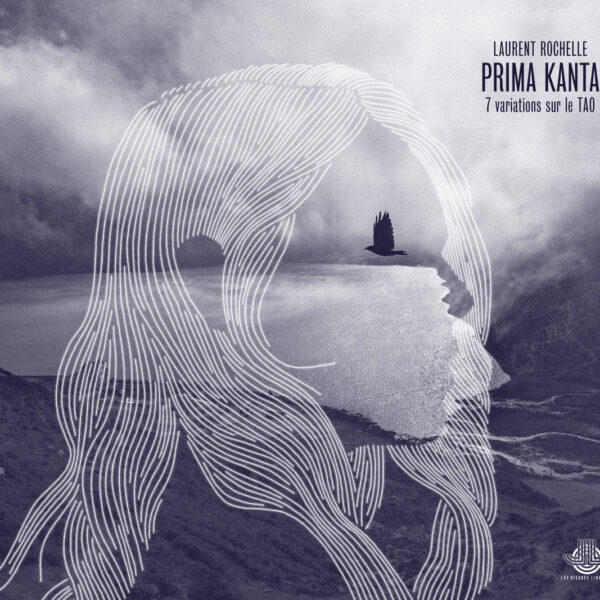 French composer and player Laurent Rochelle here with his 7 Variations Sue Le Tao (LES DISQUES LINOLEUM LIN 022), played by a small ensemble Prima Kanta. I see Rochelle has been active for nearly 20 years releasing his compositions on his own Linoleum label, operating out of Toulouse. Five talented musicians join him here to realise this suite of very accessible and user-friendly music, all-acoustic, played with woodwinds, piano, vibes, violin, and the electro-acoustic harp. He’s aiming for some sort of “chamber jazz” vibe, trying to open up the strictures of classical composition by allowing some improvisatory elements into the equation, and the team of players in Prima Kanta rise to that task.

The combination of instruments is particularly pleasing and harmonious, and everyone seems contented within their given roles. The plan is that this through-composed, very modular music is never played twice the same way, since the musicians are given ample opportunity to “intervene when they want, to the rhythm where they hear it.” This simple freedom is somewhat aligned with the state of mind underpinning Taoism, which Rochelle hopes to convey with this enjoyable music. We should also mention he’s very much influenced by the American school of Riley, Glass, and Reich, and many of these pieces exhibit this quite explicitly; the piano of Frederic Schadoroff, for instance, interlocks perfectly with the vibes of Juliette Carlier like a benign machine on ‘Yu’, producing the kind of mosaic-styled precision that Steve Reich would applaud. Elsewhere, the arpeggios and soft-focus “floaty” effects in ‘Da Xu’ come close to emulating a Terry Riley solo organ piece. All of these Americans played a part in bringing harmony back into modernism, a quality which certain European 20th-century composers had worked so hard to destroy; Laurent Rochelle is happy to work with this reacquired freedom, and creates very enjoyable music thereby.

The music was premiered to accompany a slideshow of photographs by Pierre Meyer, and images from this “photo-concert” are reproduced in the package. These self-consciously beautiful images of the Pyrenees are saying something about the profundity and power of nature, and exactly match the intentions of the music on 7 Variations Sue Le Tao. (27/01/2021)