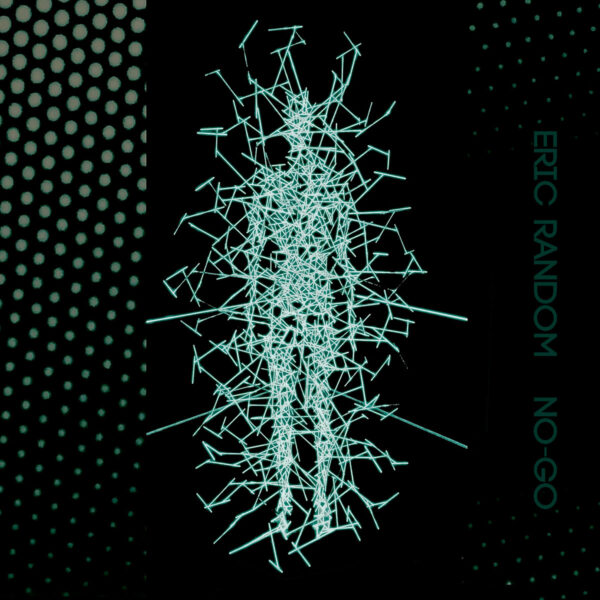 Nice solo set by Eric Random, an English player who has a fascinating background in punk and post-punk in the UK – he was a member of The Tiller Boys with Pete Shelley in 1978, and later founded the group Free Agents with Francis Cookson. In this way he moved from Manchester to Sheffield and fell in the same orbit as the Cabaret Voltaire guys for a while. Today’s record No-Go (KLANGGALERIE gg 437) doesn’t date from the late 1970s-early 1980s, but is of more recent coupage – Random left showbusiness around 1988, and only started to make his comeback in 2014. This is the fourth electronic album he’s made since then, and it contains 11 lively and danceable tracks of good synth playing and sequenced beats, all exuding that coveted Human League vibe. I prefer the all-instrumental cuts myself, as the singing is indifferent at best (and comes dangerously close to a Pet Shop Boys copy in places), but there’s much to savour in the taut construction and minimal precision of these tunes. I’m not sure if “dark wave” is still a thing, but in any case this is too upbeat to fit that profile; the William Burroughs sample on one track could be taken as a nod back to the days when he would hob-nob with Richard H. Kirk. (27/01/2021) 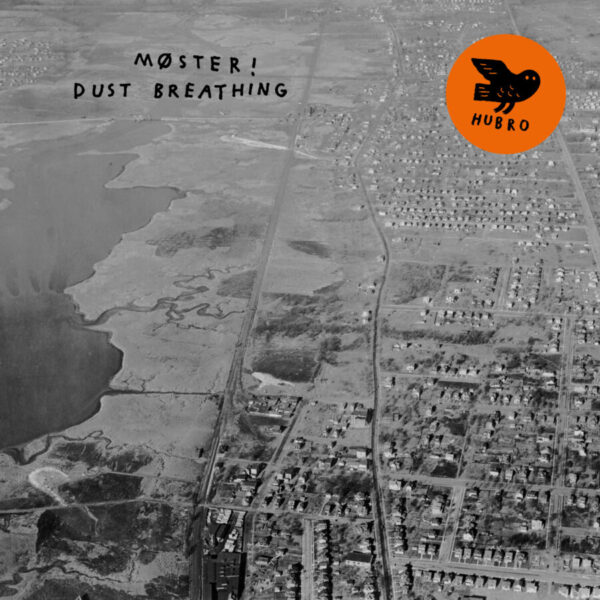 Norwegian group Møster! are led by the sax-woodwinds player Kjetil Møster backed by a guitar-bass-drums trio, though they don’t exactly play jazz or rock on their new album Dust Breathing (HUBRO CD2638). I wonder if they’re morphing into a 21st-century take on progressive rock, as they’re now considered a “supergroup” in their homeland, they are capable of fast playing and complex runs with tricky time signatures, and have a stab at the long-form symphonic thing on this album. ‘Organ Of Bodies’ is a three-part suite which leads the listener across a string of unusual words, starting with ‘Blightness’ leading to ‘Palpatience’ by way of ‘Tentacility’, while the expert Nordic men turn in flawless playing like Camel and Yes on steroids. There’s also the opening stormer ‘The Bonfire, The Sun’, assembled in the studio from multiple improv sessions, that dazzles for 13:48 mins with a display of bombastic virtuosity that reminds us of our fave Italian prog records from 1973. To top it off, the album has some connection to Dust Breeders, the famed Man Ray photo of Marcel Duchamp’s Large Glass, as detailed in a mini-essay by Aslak Gurholt. Even Rick Wakeman LPs didn’t need explanatory footnotes in the booklets, but this one does. (29/01/2021). 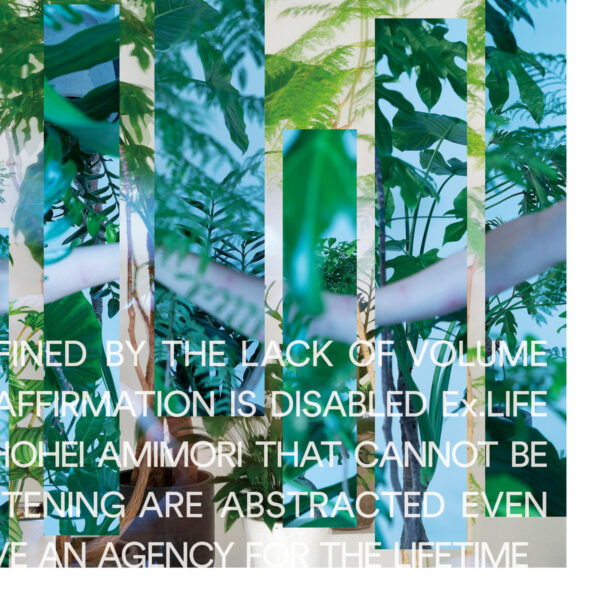 Impressive instrumental music from Shohei Amimori on his Ex. LIFE (NOBLE NBL-229) album. Mostly based around his own piano, synth, and keyboard work, but propelled with the help of some highly polished players guesting on certain tracks with guitars, wind instrument, and spoken word – including Tomohiko Gondo from Yellow Magic Orchestra. We’re reminded this is another “lockdown” record and was made mostly in year 2020; evidently Shohei Amimori was able to spend a lot of time polishing the recordings and tweaking the final results, resulting in an immaculate production. Many approaches are displayed, from minimal piano pop with rather twee melodies, vague ambient sci-fi noodling, and something called a ‘Non-Auditory Composition’ where the pile-up of unrelated stabs and swoops amounts to something somewhat avant-garde in nature. The man has talent for sure, but the album feels a little unfocussed somewhere, and the lapses into sentimental airport lounge mood music are a little too saccharine for me. However, it’s more approachable than some other more hyperactive pop productions we’ve heard from this label. (27/01/2021) 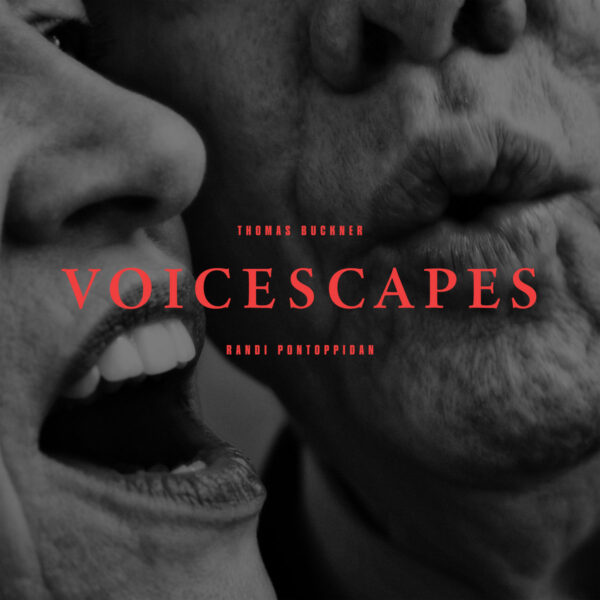 The great Thomas Buckner has oped his mouth and loosed fine baritone vox sounds on many avant-leaning projects over a productive lifetime, including on Robert Ashley operas. Here he is teaming up with Randi Pontoppidan, whom he met in 2017, and they found they shared much common ground in the “language of improvisation”. Voicescapes (CHANT RECORDS CR2101RA) was made in 2018 in a studio, and involves a certain amount of live electronic processing on the voices of both artists as they emit their amazing squeals and moans, doing it with incredible poise and slow-motion grace as if pulling out part of their inner beings with every visceral groan. Danish voicester / improviser / composer Pontoppidan is a revelation on this disc, and the grain of her animated, emotional vocals are a perfect compliment to Buckner’s more refined and genteel utterances. No wonder these two claim a “spiritual connection” and regard themselves as “kindred souls”; there’s a real depth to the music here, all spontaneously created and every moment full of assurance. The electronic processing is subtle and fitting, not given to shocking or profound transformations for their own sake. A gem. (27/01/2021) 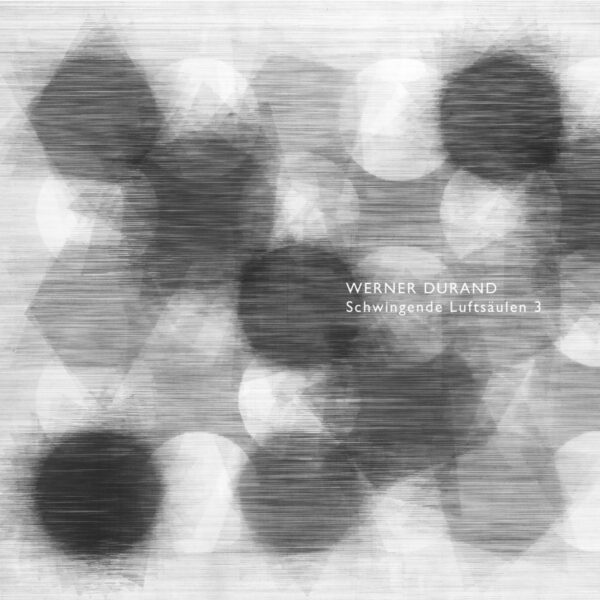 Werner Durand continues to exhibit his prowess on the Pan-Ney, his self-made modified pan-pipe device made from industrial plexiglass tubes. Schwingende Luftsäulen 3 (ANTS RECORDS AG24) concludes the trilogy of releases with five more pieces originally composed and recorded in the 1990s. As ever, the achievement has been to find a bridge between traditional ney-playing styles of the Arab world and contemporary Western minimalist composition, as in the work of Young, Riley and Niblock. Besides employing an embouchure that derives from the Turkish-Arabic tradition, Durand’s pipes are tuned in in accordance with a Pythagorean system (pure fifths) that would probably have delighted Tony Conrad. These early (in comparison to the rest of the series) works feature such enticing elements as digital delay and Max-MSP patches; a memory of staying with David Bearman; and the talking drum work of Marika Falk on ‘Pearldivers’. As such, the set is very varied, and Durand produces unfailingly beautiful and accessible music, satisfying on many levels and performed with much warmth and compassion. (11/01/2021) 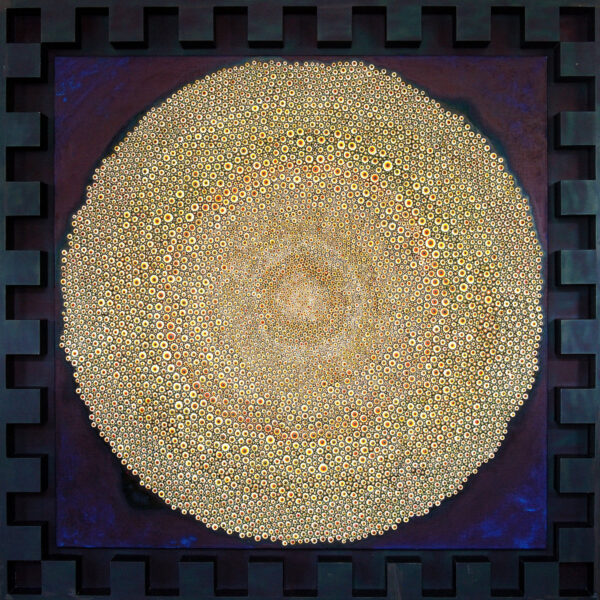 Ai Yamamoto has made a very personal lockdown album. During 2020 and living in Melbourne, she made field recordings of her daily life at home and in the city. These have now been edited and assembled into Pan De Sonic – ISO (SOMEONE GOOD RMSG025), where we can hear everything from the kettle and the toaster, to afternoon exercise outdoors on a trampoline, to the fireside drink of wine in the evening; her aim is to create the sound portrait of a single day using the most mundane objects and things around her, and sublimate everything as far as possible. Loops and repetition were permitted, but what’s notable is that the album used no musical instruments; the rhythms that emerge were all built inside the editing process. Honest and charming, and good fun (which is more than you can say for working at home). (27/01/2021) 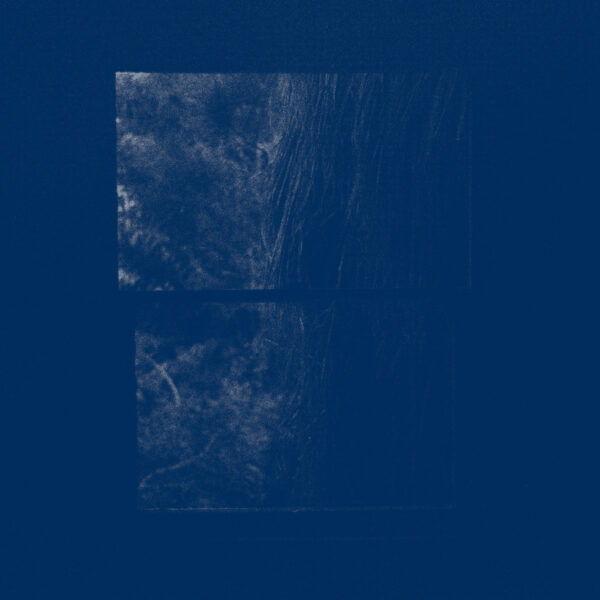 Nifteroo from Greek musician Spyros Polychronopoulos is Widdershins (ROOM40 DRM489), which he made as a trio with Thanos Polymeneas-Liontiris and Iakovos Pavlpoulous. Previous times we got an airing from Polychronopoulos it was to bask in his glory as a fine composer of electronic music on his 2014 release for Experimedia, then later when he made a weird plastic black box that emitted unpredictable blasts. Today’s item could perhaps be likened to a “jazz trio” format, as there’s double-bass and percussion to accompany the abrasive splatter from Spyros’s electronic devices. Actually it’s more about pushing at the boundaries of free improv and extended technique, and trying to elbow composition into the arena as well, but the trio kick up quite a dust-storm in these lively swirls. According to the composer, all three players share an interest in the “language of sound”, not so they can enjoy a musical conversation, but because they like the way that language keeps changing and evolving. They deliver; they do it so well, you won’t even get a chance to catch your breath. (27/01/2021)