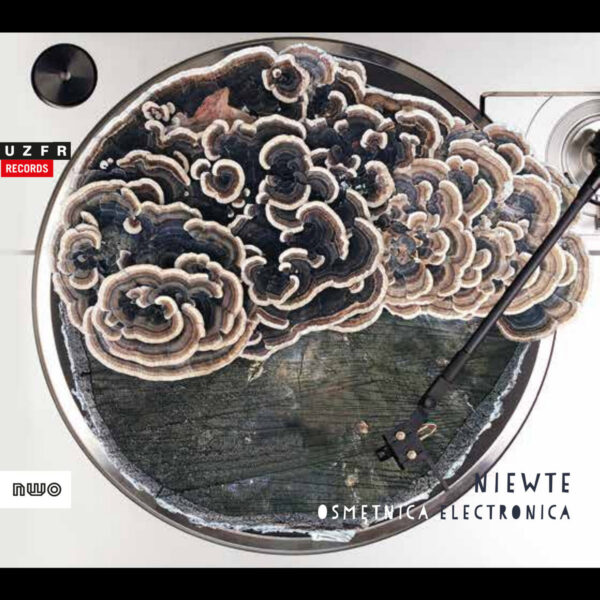 Turning the clock back to late sixties U.K., the jigs and reels of olde Albion underwent a somewhat radical readjustment when amplification was added to the mix, primarily through the auspices of the Fairports and Steeleye Span. Following on from these now well-established traits, an unusual and fascinating twist on the contemporary folk genre has blossomed deep in the polish sector of Eastern Europe. that country’s chief and most famous folk dance “The Mazurka” (“a lively Polish dance in triple time”), has recently been the focus of the full ‘jump leads and digitalia’ treatment by a certain Antoni Beksiak: multi-instrumentalist and prime mover of Niewte (whose name aptly translates as “Other Way”). They’re a quartet which also includes fiddlers Maciej Filipczuk, Marcin Lorenc and Maniucha Bikont on Dagmar Krause-shaded vocalese, wind instruments and arcane miscellany. As I guess that there’s no Polish equivalent to our own ‘Cecil Sharp House’, (?) the alternative remit was to vox pop numerous far-flung villages in the hope of soaking up some of the wisdom of the local musicians, where the secrets of the Mazurka could be revealed. Well, it appears that all that (non-syncopated) legwork worked out well,, as all of the dozen pieces here have been decanted from traditional themes.

Even though the outfit hath charms to prise the most hesitant wallflower out onto the nearest palais de dansefloor, avant-dancers like the exuberant stomp of “Rurociag” and the rambunctious “Dzaz” show that they aren’t selling tickets for a Pogues-style drunken blur of a night (worthy of a Hogarth engraving/), or, for a Cropredy-style family ‘glamping’ weekender. Instead, their raison d’etre lies somewhere yonder in middle ground, possessing the same level of intent as Alan Stivell, back in the early seventies, with his championing/curating of all things Breton. What’s Polish for ‘Bontemps Roulez’? I’m pretty certain Niewte know the answer.

Only one thing remains to be asked before closing, and that’s does the group have sufficient material for a volume two? Another fact-finding mission just might be on the cards…