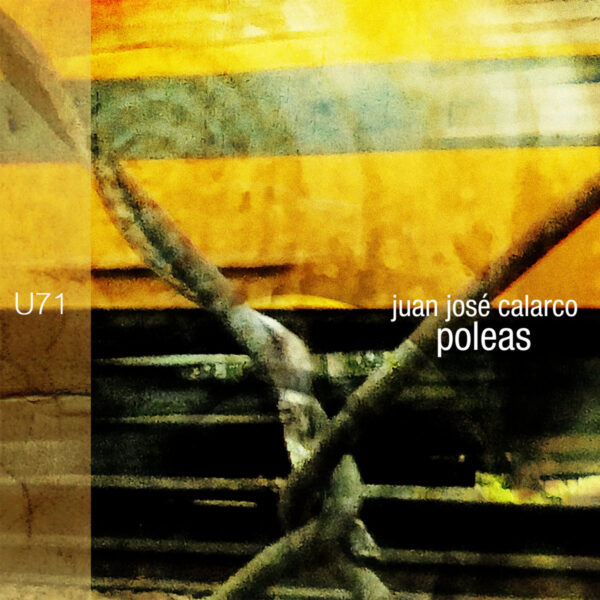 Unlike most people (including me) who commute daily to work by train and spend the time catching up on much-needed shut-eye or gazing at their mobile phones, rarely taking much notice of the noise made by trains or the railway tracks at particular train stations and certainly too busy to pay attention to the ambient sounds of railway stations as they pass through the turnstiles and hurry to their destinations, Argentine experimental musician Juan José Calarco was intrigued enough by the sonic environment of three adjacent railway stations along the Urquiza suburban railway line in suburban Buenos Aires to capture these stations’ sounds, including the sounds of the elevators, the fluorescent tubes, the ventilation systems and signal systems. Even the sounds of the shops and the vending machines in the railway stations are fodder for recordings. Calarco also ventured into the back of the main train station along the line, leading to connections with other railway lines (many of which have been abandoned), to record the noises of railway carriages no longer in use. The sounds of the environments in these other railway lines with their carriages, both preserved and abandoned, also were caught in Calarco’s recordings.

The recordings were then used to create the three compositions that you hear on “Poleas” so strictly speaking this CD is not an audio document capturing at specific points in time the sonic ambient environments of the Urquiza rail link. The tracks draw a general picture of a world largely invisible to humans yet existing in parallel with us, perhaps too preoccupied with our own thoughts and concerns to notice our fellow travellers in an alternative universe. That may have been the concept behind Calarco’s work and the reason humans and their noises are absent from this recording despite a survey done by Google Maps in 2019 which showed that the Urquiza line in Buenos Aires was the most crowded transit line in the world!

I find the compositions quite restful and reassuring: very little happens abruptly and even quick and sudden transitions from one set of noises to another are very smooth. Rhythms may be cold and machine-like but they’re also predictable during the time they last. The rise and fall in the volume of these rhythms may or may not be deliberate on Calarco’s part to initiate or suggest a change in mood. In the second short track, strange little robot conversations catch my attention: they could be aliens observing us behind a shield or veil, scratching their noggins at our peculiar and bizarre behaviours and actions. The other two tracks bookending this bridge piece are very long but due to the way the various noises pass smoothly and serenely from one to the other continuously, they both form very definite and coherent if serpentine narrative journeys.

Contrary to what Frans de Waard says in his review at Vital Weekly, I didn’t think this CD was cold and dystopian – I found it a really very pleasant work to spend 50 minutes of my time with. My brain is now obsessed with visions of little aliens in their invisible control room observing this strange fellow walking about and making recordings, babbling to themselves about what he could be possibly doing, and fearing he might have noticed them somehow!