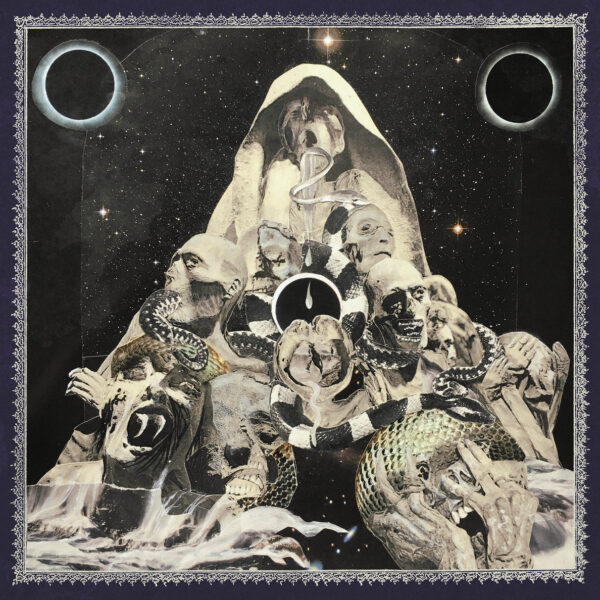 Mystery Norwegian horde Issolei announced its presence at the end of August this year by releasing this album and two EPs which are two halves of what originally would have been Issolei’s debut album “Devouring Current” back in 2014 but which Issolei put aside and later reworked into two separate recordings of dissonant-sounding melodic technical black metal. Instead “Cilicium” becomes the band’s debut album and a darkly nightmarish and abrasive recording it is too, featuring such rough-hewn vocals that splinters must have been flying out of the singer’s throat at the time of its recording. Much of the music is solid black metal influenced by 1990s-era second-wave BM but with dissonant guitar chords that give it a jangly and at times hypnotic tone along with a dark ambience. A clear production gives an airy quality that emphasises the black spaces behind the droning morass of harsh tremolo guitar terror and the malevolent vocals.

While the music is heavily based around the lyrics on all songs, the guitars with their darkly sparkling chords, thrumming percussion and (in a couple of tracks) background synthesiser wash give the impression of a continuous noise storm pouring out of the blackness. Initially starting fast, the album also features some blackened atmospheric doom in one track “Ascension” which showcases the muscle and power in Issolei’s style. The songs are complex in their structures and are very dense but many listeners may find the most memorable aspects of the album are its cold, terrifying atmosphere and the harshness of the vocals and guitars.

The most distinctive and memorable of all tracks is the closer “Convergence” which brings cold and hypnotic synthesiser drone wash and shrill moaning guitar feedback effects to the fore in later parts of and shows Issolei can be more than a straight-out minimalist melodic BM band harking back to classic BM standards of some 20 – 30 years ago.

Though Issolei opts for a traditional melodic song-based approach on this debut, the band’s decision to deliver otherwise raw lo-fi music that feature off-key chords and sounds in a cleanly produced package pays off handsomely: the music sounds fresh and bleedingly raw, and has a depth that brings out the blackness lurking behind the music and confronts listeners with terror. The use of synthesiser on “Convergence” suggests potential for Issolei to shift into a more prog-rock or cosmic darkspace direction while still maintaining a melodic technical BM style. For the time being “Cilicium” is a good debut for fans of traditional Norwegian BM to headbang to.