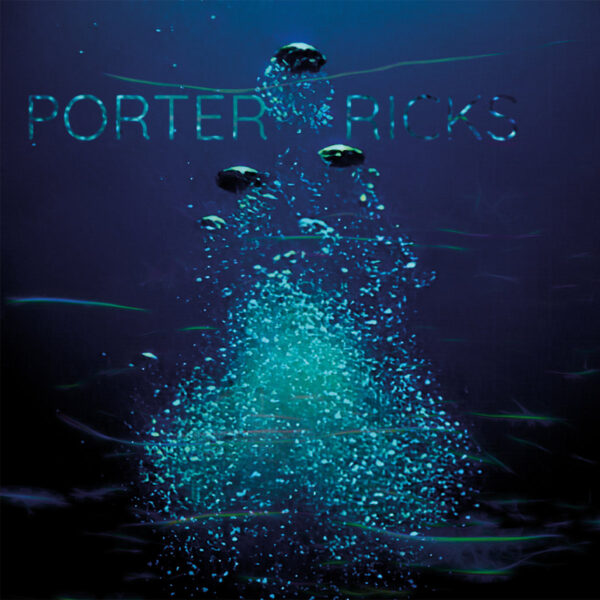 I remember owning the original release of Porter Ricks’ self-titled second album way back in the late 1990s / early 2000s with a different cover and the songs also ordered differently with the insouciant “Explore” (now listed second-last) cheerily opening the album: I still remember that particular track but not much of the rest of the album since I sold the CD long ago. Happily, now that Mille Plateaux has reissued the album, I can go back to it (on Bandcamp at least) and discover my memory of that piece is still faithful to the melody loop if not the track’s details: my recollection, whether accurate or not, is of a bewitchingly richer and darker piece. Equally my recollection of “Exposed”, now the last track on the reissue, is of a slightly slower and much funkier, punchier piece. Anyhow this reissue is certainly well overdue for fans of experimental dub techno and comes with gorgeous new front-cover art that captures the spirit of the duo’s music: spacey, futuristic, a bit on the ambient side, mysterious and not a little ambivalent in outlook. The music is as funky as it ever was with a strong emphasis on relentless and infectious dance rhythms that gain a slightly sinister, even ruthless cast the longer they continue. The glitchy pointillist electronic noises of the rhythm loops start sounding a bit like weapons of a deterministic killing machine.

The reissue stacks the “Redundance” tracks (all five of them) in one big bunch at the start of the album, in all their silicon-insectoid noise ambient glory and what a fascinating micro sonic universe they conjure up. Sure, they are all repetitive, and grimly so, but their hypnotic pull on the mind, brining it into their alternative reality, is irresistible. At the end of this section of the album, “Redundance 6” almost sounds like a knees-up celebration. “Scuba Lounge” and “Spoiled” fit more into the sub-aquatic dub techno world that Porter Ricks’ first album “Biokinetics” brought to techno, and have a much stronger ambient orientation with wash-out and echo effects. One might expect “Spoil” to be related to “Spoiled”, and while the loops in both are almost equal in speed, “Spoil” is a much more crisp and bouncy dance piece with funky bass rhythms and a jangly guitar melody.

Admittedly no matter how the tracks on the reissue have been rearranged, the album does still sound disjointed: the music ranges widely over minimal techno, ambient wash, funky dance grooves with music that might be a throwback to 1970s-era funk and soul, and electronic sound art, and it really seems more a compilation of tracks that might have come from different acts than an album by one act if you were to listen to the record for the first time not knowing who it was by. Some tracks (like “Decay Chart”) probably could have been edited for length and an opportunity to rework it into something more than monotonous drone wash was missed. The album may never measure up to Porter Ricks’ beautiful debut album but it’s not without its individual glories. I still think “Explore” and “Exposed” are the best tracks on the album for their distinctive melody and rhythm loops, and for the multi-layered music and noise complexity on the latter track. I don’t think I’ll ever be able to get those two tracks out of my head.