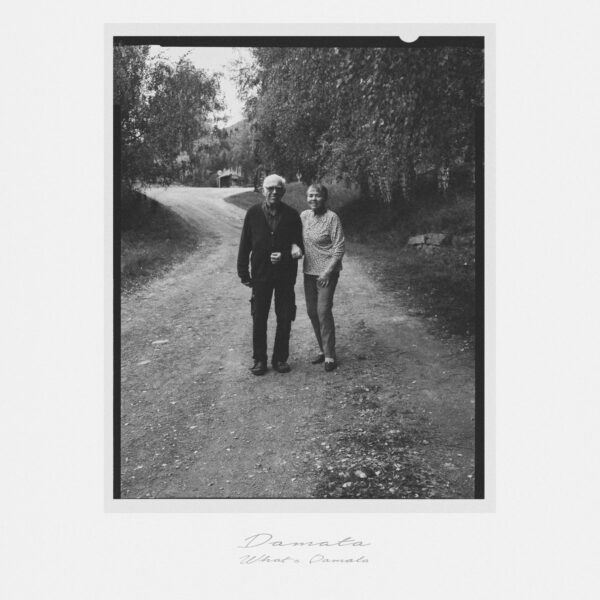 From Norway, the trio Damata turn in their debut album What’s Damata (DUGNAD REC DUG026), a beguiling set of nine short pieces (and one long-ish one). At first listen you could be forgiven for thinking this is a basic “ambient” album produced with keyboards, computers, and electronic effects, but in fact Damata are a guitar-bass-drums combo, and the music is all performed by human beings. Without knowing the details of their method, it’s probably fair to say that Torstein Slaen’s guitar is treated quite extensively with some studio processing, and very occasionally they might slip in a drum machine to replace Ola Overby’s drum track. None of this detracts from the purposefulness of their playing, which albeit wispy and dreamy on the surface, contains a good deal of focus and wiry inner strength. The trio play close attention to dynamics, and the album contains plenty of space and tension in between the soft-focus blurs. Nor are they afraid of melody and repetition, unlike some modernists, and patient listening will reveal hummable tunes emerging from the slow-moving rocky landscapes. Indeed, the title track ‘What’s Damata’ and the brief beat-laden ‘Mo’ both indicate the team have a potential gift for electro-pop, while ‘Hakuna Damata’ is likely to appeal to fans of hard-edged jazz-tinged avant-rock, like a much softer version of Casper Brötzmann. Damata like to think they have a sense of “playfulness” which, they hope, comes over in the music, but just in case we don’t get it, there are a couple of wacky puns in the track titles. (22/03/2021) 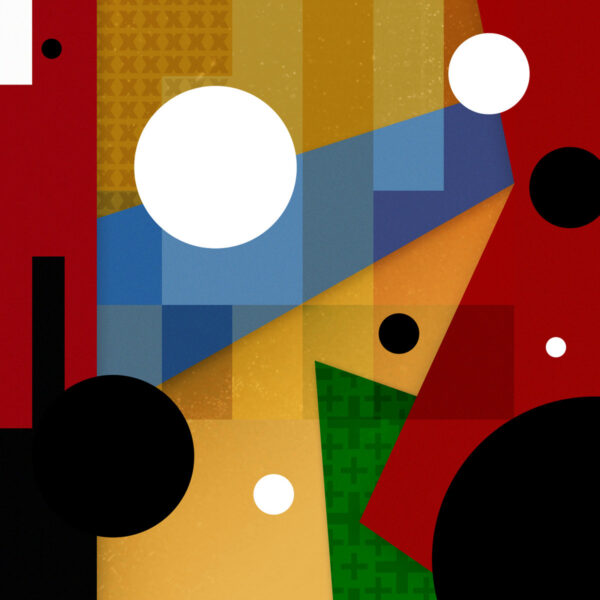 Latest instalment of Viable Systems from Keith Berry is Viable Systems 4 (VSM007CD), and as with previous chapter in this continuing project, we have 15 episodes of very digital-sounding droney ambient textures. The pieces admittedly sound so similar to each other at first spin that you have to listen in closely to discern the differences in texture, but they are subtly distinctive. There may be a guitar playing some of these top lines (if you can apply such a term to these dreamy, non-specific melodies), but like all the sounds here that instrument is so heavily treated and reprocessed, it’s hard to be sure. Better to just enjoy the finished result, a delectable blend of drones, slowly-ringing chimes, and dying echoes. Where the previous album #3 seemed to be describing a futuristic paradise of ideal cities in the sky rendered by Bruce Pennington and Moebius, this time Berry is describing idyllic landscapes, countries, and unspoiled geographic features, inviting us to contemplate these views – as reflected in titles such as ‘Tropical Sediments’, ‘California Dreams’, and ‘Exotic Hybrid’, the latter of which transports us inside the humid climes of a magic greenhouse. (29/03/2021) Cassette from Czech Republic musician Tomas Knoflicek is Vaguely Delimited Targets (LOM 19), his debut and released on the Slovakia LOM Label. These 10 short ambient vignettes are assembled using the now-familiar method of combining instrument-playing with field recordings, loops, samples, and glitchy components, thus resulting in a very layered, swirling, and rich set of textures. He’s aided by two guest players Emiko and Hanabi, one of whom plays the sewing machine. It’s also nice to hear the psaltery, a somewhat unusual instrument, being used in an experimental context. Not unpleasant, but the music needs a bit more substance and structure, some sense of development. The pieces tend to meander somewhat and we’re left with no clear idea of where we’re heading. (29/03/2021) 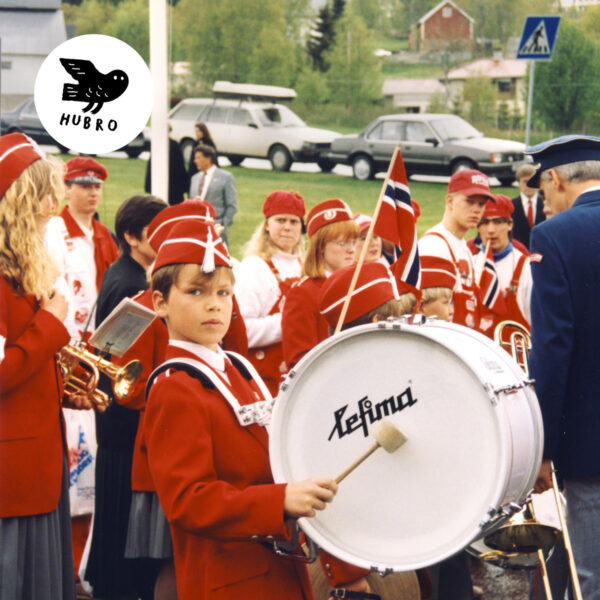 Instrumental music from Norway on the ever-reliable Hubro label, consistent in bringing us very polished examples from highly-able musicians intent on crossing genres and musical barriers. Skarbø Skulekorps is the name of this group led by drummer and composer Øyvind Skarbø, and his six-piece of players includes woodwind players Signe Emmeluth and Eirik Hegdal, and the very versatile guitarist Ivar Grydeland who has appeared on numerous Hubro releases, as well as his own solo records. I suppose you could say that some of Dugnad (HUBROCD2641) falls somewhere in the category of contemporary jazz, and there’s no doubt the band can swing as ably as any modern combo attempting to emulate hard-bop moves or Mingus-inspired brass and woodwind cross-talk. However, Skarbo’s aim on Dugnad is to create a dazzling and exciting musical experience, jumping from one genre to another – jazz, easy listening, rock music, TV soundtracks and more, shifting from the melodic to the atonal and back again – often doing so in the space of a single tune, interspersed with unexpected voice segments and samples bleating away out of context for maximum surprise. All the above is executed with professional skill and immaculate playing by his crack squad, doubtless following his watertight arrangements. The composer himself likens the process to hearing the mixtapes that his older sisters would present to him while he was growing up, cassettes where he never knew what kind of music would turn up next. He underscores this with the drawing of a cassette tape on the booklet cover, and claims that “my music has been very informed by this multitude.” Perhaps the eclecticism of Oyvind Skarbo might remind us of John Zorn or Otomo Yoshihide, and while his music may not be as explosive or dangerous as theirs, his heart is very much in the right place. (30/03/2021)