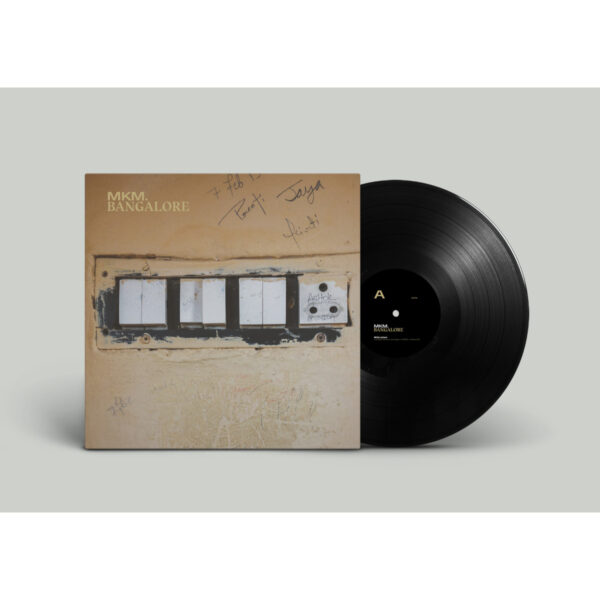 MKM‘s Bangalore (MIKROTON 92) contains two non-stop sides of dense, maximal music, produced with electronics, digital devices and synthesizers…the trio comprises those three international greats, Günter Müller, Jason Kahn, and Norbert Möslang, who’ve been active since 2006 and we last heard on this label with Instants // Paris in 2017 and teplo_dom in 2018. Bangalore is another live recording, this time captured as part of their tour of India, where they gave lectures and workshops as well as finding time to play live. Kahn provides an extensive account of the trip and its backstory in the enclosed insert, which is much a tour diary as it is a bundle of intelligent well-informed insights into musical history, and philosophical ruminations on the meaning of life.

I had no idea David Tudor had gone to India in 1969, when he was invited to set up a sound studio and apparently set up India’s first Moog synthesizer. Since Kahn plays the modular synth (and the radio) on this record, he evidently felt there was a historical continuity worth remarking on, besides commenting on Tudor’s ideas about “resonance and chaos”. Kahn is persuaded that MKM embody those notions of resonance and chaos in their music; he also feels there’s a certain amount of exciting chaos in the country of India itself, and likes the way that structures seem to collapse “to make way for other possibilities”. The music here is much more exciting than the 2004 model of EAI which we may have grown accustomed to, and there is indeed a thrilling moment of vaguely menacing out-of-control energy at the start of the set, and it’s not just because of the relentless radio-advert samples (evidently, no country in the world is now immune from pressure-selling of mobile phone packages promising endless gigabytes of fun).

The combined forces of iPod, electronics, synth, radio, and Möslang’s famed cracked everyday-electronics are highly productive, summoning up a veritable tsunami of organised noise, and although the surface is like a living carpet of multiple centipede events writhing and twitching, you never get the sense that the players are getting in each other’s way or hogging the greenhouse. Dynamics, repetition, and other performative skills all govern the direction of this exciting outpouring. 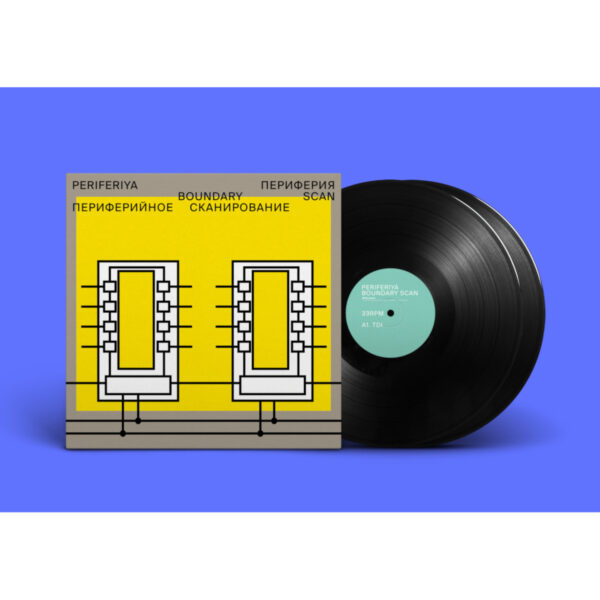 Boundary Scan (MIKROTON 93) is a double vinyl produced by Periferiya, an international team of players drawn from Russia and Switzerland – Christian Kobi, Tomas Korber, Kurt Liedwart, Christian Müller, Mikhail Myasoedov and Boris Shershenkov – and it was produced by a mix of woodwinds, guitar, electronics and computer software. The music was performed at a music festival in 2019 in a Jura valley near the French border. Christian Müller was the “curator” of the event, and defined the mission of the group as “to create querulent and contrasting resonances where the nothing meets the something, where the murmurs range the woods.”

They produce a species of electro-acoustic improvisation, but like the Bangalore record above it is impressive to see how much this genre (if such it can be deemed) has developed over the last 15-20 years and evolved into something with much more focus, purpose, steely determination. On the other hand, a lot of it may be to do with these six particular players, all of them with their own distinct musical personalities; among the notable points about this one-off project are the use of graphical scores and concept pieces, a willingness to allow individual quirks and characters of the players into the arena, and much collaborative effort among the team. One especially resonant phrase is “to think and unthink music”, which suggests a certain creative streak that isn’t afraid to throw things into the melting pot in search of new and more potent forms of expression. Even the photograph of the performing set-up, which can be seen on the label webpage, tells us something about the group dynamic; they are all seated facing each other around a horse-shoe table arrangement, as if participating in a conference or workshop, with the audience looking in from all four sides of this rectangle. Although it’s not mentioned in the notes, I am prepared to believe this particular layout contributed a good deal to the strength and cohesion of the music, and (more importantly) in the audience appreciation of it. Put more plainly, it’s a long way from the old 19th-century concert hall situation, one which many modernists have found unsatisfactory because of the semi-dictatorial, one-way direction of the music projected by the orchestra and the conductor.

The results have paid off in dividends, as evinced by the remarkable music that we hear across these four sides of vivid 45rpm vinyl. For opening moments, and without reading the back cover notes too closely, I was almost persuaded it was a solo record, so closely aligned are the six players in delivering their shared aims. It’s a real triumph of aural integration, musicians almost moving in lock-step to create tones and sounds of beautiful, “clean” playing, without falling into the pitfalls of empty drone, or vapid minimalism, or acting as though they themselves were machines. Much as we may enjoy the “classic” free improvisation of the 1960s and 1970s, there is none of that free-for-all sputtering and squawking on offer in these assured, confident, musical statements.