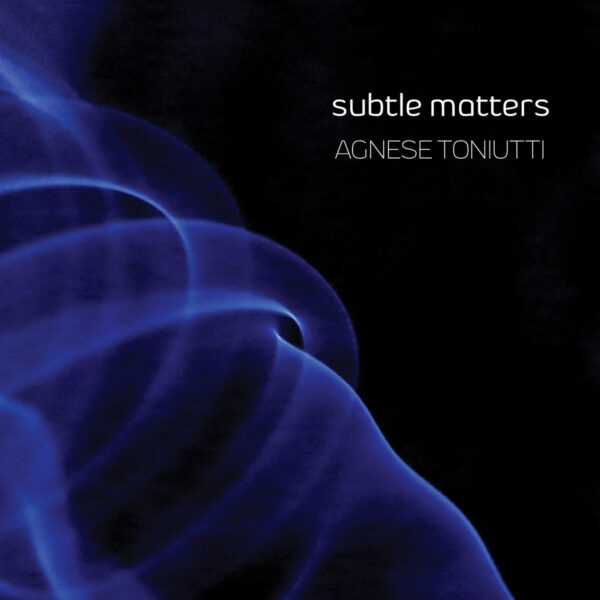 Fans of “extended technique” in music are advised to investigate the playing of Agnese Toniutti, and Subtle Matters (NEUMA RECORDS NEUMA 138) seems a good place to start. Conservatoire-trained Toniutti has taken on some of the more “difficult” 20th-century composers in her repertoire, such as Scelsi and Cardini, but has pushed herself to explore new ways of creating sound on the piano without necessarily using the keyboard. There are three instances on this record, each displaying notable success, and all remaining in the area of composed music. The most striking and startling example is the ‘Exacerbated Subtlety Concert’ from 1997 by Lucia Dlugoszewski; from the notes, I see it’s performed on “timbre piano”, which I assume means that Agnese Toniutti is bypassing the keyboard and going inside the body to generate bizarre glissandos and runs by any means possible. She sets about her task with bold determination and creates amazing music. Even more impressive is the fact that there wasn’t, in fact, a written score for the work by this very accomplished but obscure Dlugoszewski person, and Toniutti reconstructed it through her research into documents and recordings.

Chines modernist Tan Dun is next with his ‘C-A-G-E, fingering for piano’. Given what we’ve learned so far, we’d expect John Cage and his notorious “prepared piano” to feature on Toniutti’s radar, but in fact this 1994 work isn’t for a prepared piano (as far as I can make out), and instead relies on four pitches, one for each letter of Cage’s name. This one operates in a much more restricted range than the wild sweeps of Dlugoszewski, and creates intrigue and beauty with its simple ringing tones. Toniutti might be gently plucking to produce these soft sounds; the suggestion is that her action connects the piano, that most Western of classical instruments, to traditional Chinese stringed instruments such as the zheng or erhu, and also builds a bridge between the past and the present.

Four pieces by Philip Corner, noted maverick minimalist experimenter often associated with gamelan-related effects, close out the CD. One of them is played on a toy piano, indicating there are no limits to which Agnese Toniutti won’t stretch herself in pursuit of her music. Corner works with prose instructions for these recent-ish compositions realised between 2012 and 2020; he relies on the performer to turn them into “poetry”. The rule about “no keyboard” is relaxed slightly when we get to Corner; he allows just about any means of sound production available to the musician, including the old 88, and doesn’t draw lines; the hard-core extremists will probably enjoy ‘Small pieces of a Fluxus Reality’ the most, as it’s pretty much a wood-scraping and rattling affair which sees the piano as not much more than a piece of furniture. For sheer invention and musical diversity (in an extremely minimal framework, natch), click on to ‘A really lovely piece made for & by Agnese’, where small still musical notes echo like droplets in a field of pedal effects and other techniques.

Highly impressive set from this innovator, breathing new life into avant-garde composition and performance and completely succeeding in her attempts to reveal new dimensions to the piano. From 29th March 2021.