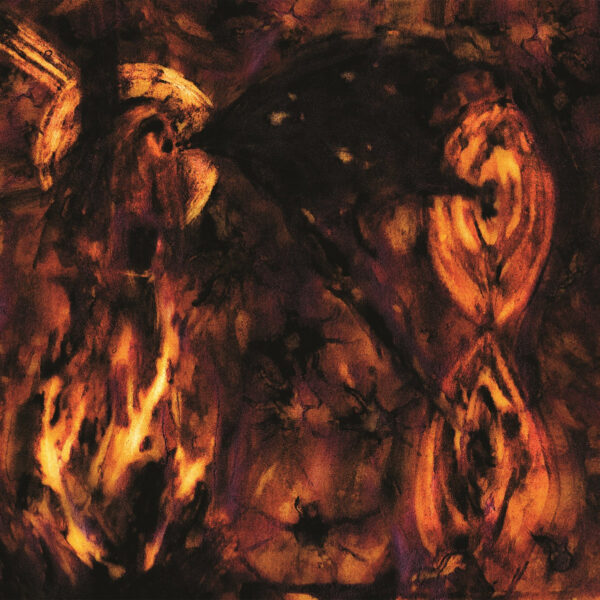 For those times when you need to clean out all the rubbish that has accumulated between your ears over the past several years, a harsh and scourging, even punishing remedy is called for and here to undertake that job is Edmonton-based screechy raw ‘n’ ghastly black metal duo Sorguinazia. Partners in crime Axczor and Xolaryxis play a style of frenzied raw ritual occult psychedelic BM that features a speedy wallpaper-peeling tone, bristly drumming and cymbals, and the most wretched and unearthly guttural monster shrieks this side of Hades. Whatever esoteric and delirious death-as-ecstasy philosophy they deliver here on debut album “Negation of Delirium”, they do so with a savage relish bordering on the insane.

Opening track “Black Spell of Supremacy” guides us listeners through a mind-bending drone portal into the chaotic Sorguinazia universe: fast-scrabbling tremolo guitar with a shrill grind texture that almost completely dominates the track with catchy melodic riffs while two sets of vocals gurn and roar approvingly. “Conquering Skies” relaxes the pace a little to reveal the black despairing context in which this sonic madness is playing out: a desolate cosmos in which inhabitants roar out their pain and anguish. This is followed by even more guitar-led derangement and vocals filled with woe on tracks like “Ecstatic Karmic Impunity” and the title track. Despite the sheer raw frenzied craziness, the songs actually boast distinct riffs which are helpful when listeners are trying to anchor themselves in an otherwise confusing distorted world where the only constant is inconstancy.

Beyond the title track, the music becomes more varied, atmospheric, hypnotic and dark as the harsh guitar tones are used to create a beguiling feedback drone backdrop on “Death Entrancing” for the horrors to come. A chorus of demon voices, of which some are almost (if paradoxically) heavenly, sighs in the shadows. This track is more instrumental and experimental than others with fiercely scrabbling guitars going berserk and a lone lead guitar later howling in the distance. The short instrumental “Saraswati” sounds very much like a ritual ablution with rainwater field recordings and a steady beat before the closing crazed chaos of “Neuromancy”, replete with runaway pointillist guitar riffs and more monster rumbling.

With an arsenal of piercing shrill guitar cacophony and hellish atmosphere, backed by shadow demon choirs and sinister ambient effects in parts, Sorguinazia are well placed to deliver a mighty sonic nightmare set of songs. Early songs do a good job of stripping away listeners’ psychological defences, and later tracks set them up for the ultimate punishment – but “Neuromancy” doesn’t quite inflict the coup de grâce, instead allowing listeners an escape route through melodies that (although very pop-friendly) spend a bit too long repeating themselves, and unexpectedly passing out quite abruptly as if cut off in mid-air. At least we are spared for a future follow-up album which we can hope might include louder and harder percussion and a greater variety of monster vocals coming out of the shadows occasionally into the spotlight.