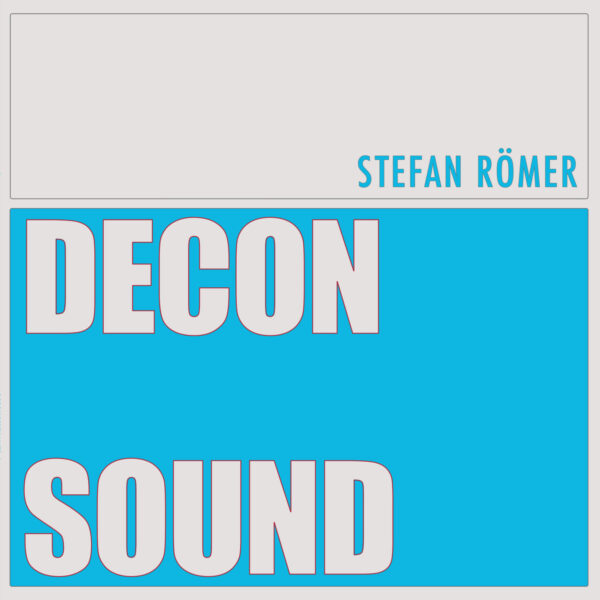 German conceptualist Stefan Römer last surfaced here with the 2019 LP Deconceptual Voicings which he made with Marc Matter, a record made of cut-ups of the voices of important 20th-century visual artists. I gave that release very short shrift, and I’m only faring marginally better with today’s two vinyl records, both of them instalments in his “Deconceptualize” series and produced for the German label Corvo Records, who have produced some very interesting and intellectually stimulating items of music and sound art in the past, and presented them with visually appealing packaging.

On Decon Sound (CORVO RECORDS CORE019), Stefan Römer is applying his theories of “deconstructivist sound” to two great musicians of the past – Conrad Schnitzler and Syd Barrett. Well, sort of. Oddly enough the starting point is not the actual music of Schnitzler or Barrett, but texts written by music critics about them. Some 2-3 years ago, our man Römer did a performance piece where he read out quotes from certain music writers; he took the writing as a form of instruction, a word-score if you will, as the means for determining how he should perform. One expected upshot of the action was that he hoped to reach a “psychedelic” state of mind, one that would be in sympathy with the music of these two unique greats. I reserve the right to remain somewhat sceptical. A word-score is a good idea for sure, but Römer doesn’t appear to want to align himself with others (Cardew, Stockhausen, La Monte Young, Wolff) who have made use of prose instructions for composed music, and seems to be exploring his own rather unorthodox version of the method.

As to the results, the Conrad Schnitzler side is quite good – it makes use of a lot of instruments and noise-generators, including a Korg synth, a radio set, an electric guitar, and objects including metal chains. More to the point, it also uses cassettes from Schnitzler’s personal archive, which presumably were made available to Römer as part of this experiment. A nice and messy audio jumble results, hard to follow, with moments of vague menace and cryptical puzzles in among the shifting layers, even including a brief snatch of Numbers Stations for added paranoia. The sequenced synth parts very much resemble Schnitzler’s actual music, so either Römer’s a very good pasticheur, or he’s making liberal use of unreleased tapes. As to the word-score underpinning all this, it’s derived apparently from the writings of Wolfgang Seidel and David Stubbs; in the case of the latter, probably from the pages of Future Days (Faber and Faber). I myself am unable to see how the word-score has steered the work, or how it changes anything, but it might not matter. At least it’s a good edgy listen; so far, an improvement on the lamentable Marc Matter LP.

For the Syd Barrett side, Römer has equipped himself with authentic instruments known to have been used by the former Pink Floyd leader, including a Danelectro guitar and Selmer Fuzz wah-wah pedal (sadly, he failed to get his hands on a Binson Echorec, which can be heard all over The Piper At The Gates of Dawn). He proceeds to use these tools to deliver himself of 20 minutes of spastic, inane, strumming on the same note, with only slight variations and mistakes being permitted in the framework. The word-score in this case is simply a single quote by the writer Friedrich Kittler, who is describing what the final live gigs of Syd Barrett were like, as he “endlessly strummed the same open string: monotony, as in Chinese torture techniques, considered as the beginning and end of music.” I suppose it’s possible to see how Römer’s performance is thus a “deconstruction” of rock music, by way of its demystification; assuming that we all agree that Syd Barrett has been somewhat over-mythologised by rock fan culture, then Römer’s action is a way of showing us the harsh truth of what became of this poor misguided acid casualty. Decide for yourself if this is a lesson the world really needs to be taught; even if we do need it, this is a rather heavy-handed and overstated way of doing it, and doesn’t display an ounce of compassion for the man himself, or indeed any listeners who might happen to enjoy the innocence of the first Pink Floyd album. Römer’s narrow view of Barrett takes no account of his songwriting skills, the delicate wordplay in his fey lyrics, his unique singing voice; all is swept aside in favour of making this one point about guitar monotony. I see we’re now circling back towards the exact same elements I found so distasteful on the Deconceptual Voicings record: “not doing the artists any favours with these interventions, and failing to add any insight or understanding of the work”, and “a heavy-handed over-simplification of the concept, which labours the point into the ground.” 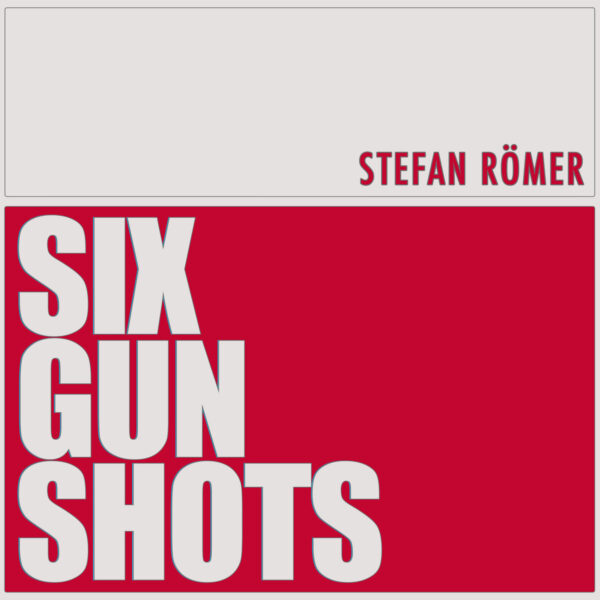 The other LP Six Gun Shots (CORVO RECORDS CORE020) also makes use of a word score, but at least this time Römer is not making any comment on the past glories of art and music culture. Instead, he’s conceptualising a real-life event, and a deeply traumatic one at that. One day in 2006 in Munich, gunshots were fired, two people were murdered and a child was badly injured. The shots woke up Stefan Römer, who eventually turned his thoughts into this art statement, one that includes an “argument against the private use and ownership of weapons”. To put it another way, he thinks guns are bad; however, it’s hard to find much evidence of the depth of the artist’s passion on the subject from this dry piece of process work. The sound of a gunshot – derived from a free audio library – has been subjected to time-stretching to produce a bizarre sonic drone. There’s also a simple mathematical structure applied to the construction of the sounds and their repetition, in order to create his “deconstructed permutation”. I’ll admit there is a certain sinister bent to the inexorable way these drones grind their way across your mind in their five-minute bursts (even if some of them appear to be almost silent, I expect there’s a reason for that), as if we were witnessing the unpleasant spectacle of a fatal shot fired in slow motion. In what way does this amount to an anti-gun statement? By simply aestheticising the sound of a gunshot, he is not telling the entire story, and leaves us only with this puzzling and peripheral information. To be fair, the key point here might be something else entirely – the word score is simply “Six shots ring out in a deadly rhythm – in my memory”, in which case the focus of the piece is more about Römer himself and how he was traumatised by the event, and the sound art represents his memory of it – the event stretched out in ways which he’d rather not relive, but he cannot stop thinking about it. Despite the suggestions of danger and horror, Six Gun Shots remains a rather clinical piece of conceptual process art, and one that risks trivialising an important subject.

Both these LPs have been produced in limited editions of 100 copies on coloured vinyl, hand-numbered. From 24th March 2021.